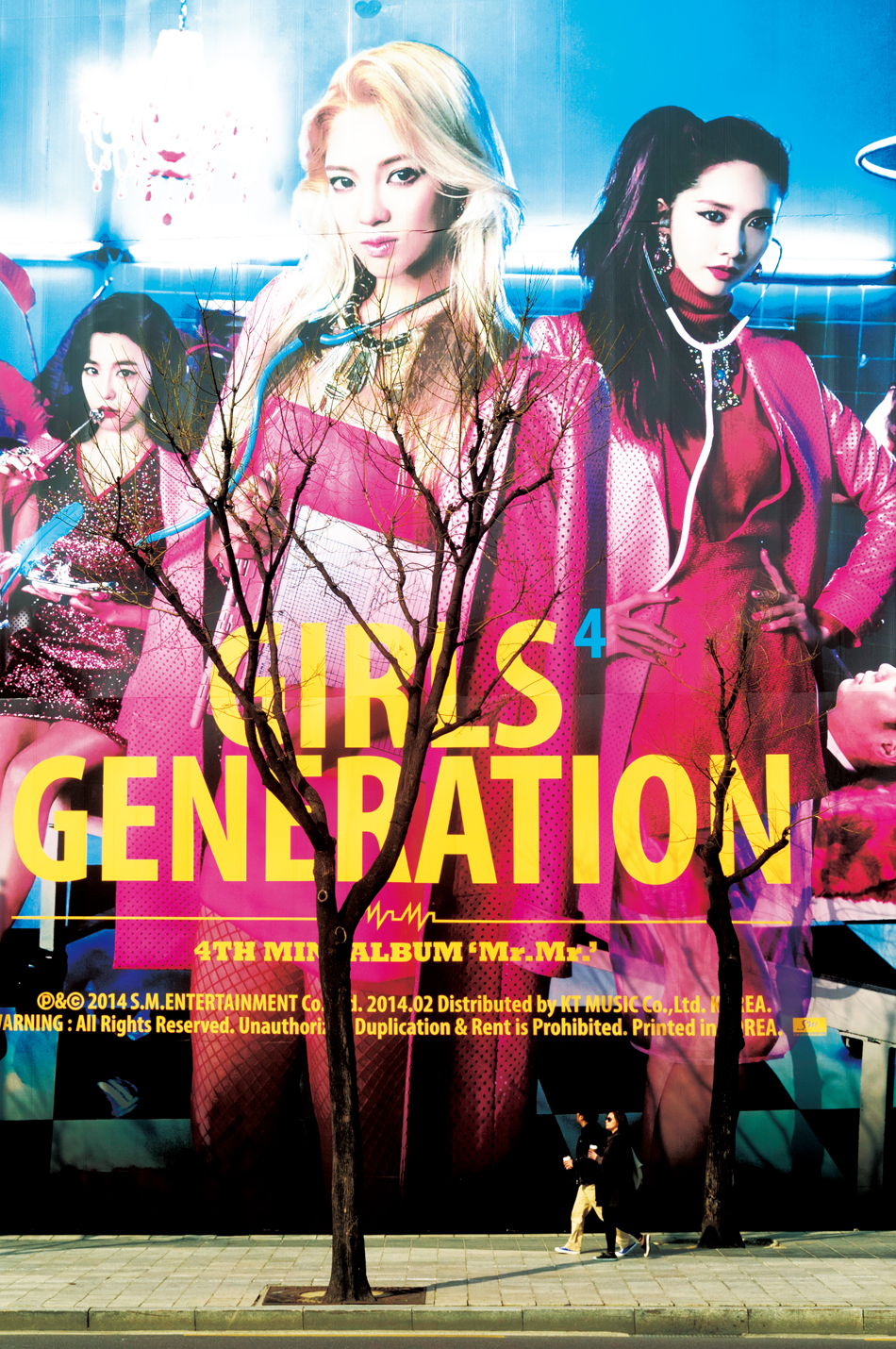 A journey through the birthplace of the Korean Wave[/box_light]

“What makes Abbey Road in London, Piazza di Spagna in Rome and Central-Mid-Levels escalator in Hong Kong so special? It’s the Beatles who crossed the road, Audrey Hepburn who strode the plaza, and the Romance of Chungking Express that hit the stairway. It’s our beloved stars and their stories that make the spots shine.”

So begins the lovely blue guidebook to Gangnam’s newly unveiled K-Star Road, an urban walking course linking the largely Hallyu (Korean Wave)-related sites in the affluent district south of the Hangang River. The dream—to turn Gangnam into a cultural, shopping and culinary hotspot rivaling New York’s Soho or Marais in Paris—is still very much a work in progress as the district, made famous by Korean pop sensation Psy, adjusts to its newfound status as an international tourism destination. But as the guidebook explains, this is a land where stars shine. If star-gazing’s your thing, this is the place to be.

Broadly speaking, the K Star Road links the posh shops and department stores of Sinsa-dong and Apgujeong-dong in the west with the headquarters of Korea’s major entertainment companies in Cheongdam-dong to the east. You can stick to the main roads if you like, but to really soak in the charm, you’re going to have to explore the side roads and alleys.

A good place to begin your walk is Gangnam Tourist Information Center, located next to the giant Hyundai Department Store. There you can pick up a handy guidebook with a very useful map and descriptions of local sights, shops and eateries, complete with pictures of the stars who frequent them. The center also has a medical tourism consultation center, K-pop experience center and a coffee shop for pre-walk caffeination.

If you’d really like to start your day right, make an appointment with the nearby Spa the el (T. 02-549-3949, closed Sundays), a luxury beauty and skin care spa owned by TV personality Lee Min-ah and frequented by celebrities such as KBS announcer Lee Ji-ae. If you’d further like to “look the part,” so to speak, you could also make a reservation at hair salon for the stars Ra Beauty Core (T. 02-544-0714), frequented by Choi Ji-woo, Lee Dong-gun, Choi Si-won and Daniel Henney.

To the south of the main drag linking Apgujeong Station (Line 3) and Apgujeong Rodeo Station (Bundang Line) is a maze of side streets where you’ll find plenty of coffee houses and shops. Continue along the main road, however, and you’ll eventually come to the landmark Galleria Department Store (dept.galleria.co.kr), one of Korea’s best known monuments to conspicuous consumption. The facade of the west wing is covered with 4,330 glass discs that are lit up at night. Hidden in the attached Apgujeong Rodeo Station is the G+Star Zone, a Hallyu star-themed photo zone where you can also donate to help low-income teens. Also nearby is Everysing (T. 02-6404-9850), a noraebang/K-pop merchandise shop run by SM Entertainment, the company behind BoA, TVXQ, SHINee, Girls’ Generation and Super Junior. Next to Everysing is Cofioca, a tiny bubble tea joint popular with the stars…and their legions of fans.

Across the street from Galleria Department Store is 10 Corso Como Seoul (www.10corsocomo.com), a designer store/cultural space founded in Milan by publisher Carla Sozzani. Featuring design work by American artist Kris Ruhs, it’s a joy to visit and “slow shop,” even if you’ve no interest at all in K-pop. The video for Psy’s 2013 hit “Gentleman” was shot here.

The Heart of K-pop Country

As you move further eastward, you’ll enter the beating heart of the Korean entertainment industry. Just to let you know you’ve arrived, SM Entertainment papers its headquarters—just a short walk from the Galleria Department Store—with a huge canvas wrapping featuring larger-than-life images of its top artists.

Further east, in the side streets north of Cheongdam Intersection, you’ll find still more entertainment companies, including Cube Entertainment (BEAST, 4MINUTE, G.NA), JYP Entertainment (Wonder Girls, 2PM, miss A), FNC Entertainment (CNBLUE and F.T. Island) and BH Entertainment (founded by actor Lee Byung-hun and representing actors Ko Soo, Han Chae-young, Han Hyo-joo and Bae Soo-bin). Unless you’re applying for an audition, there isn’t actually that much to do at any of these places, save for Cube Entertainment, which operates Cube Studio, with a coffee parlor and gift shop on the first floor. Still, if you’re lucky, you might be able to spot your favorite K-pop or K-drama star at or around one of these places.

GO> Getting There: The Gangnam Tourist Information Center is a short walk from Apgujeong Station 압구정역 (Line 3), Exit 6.