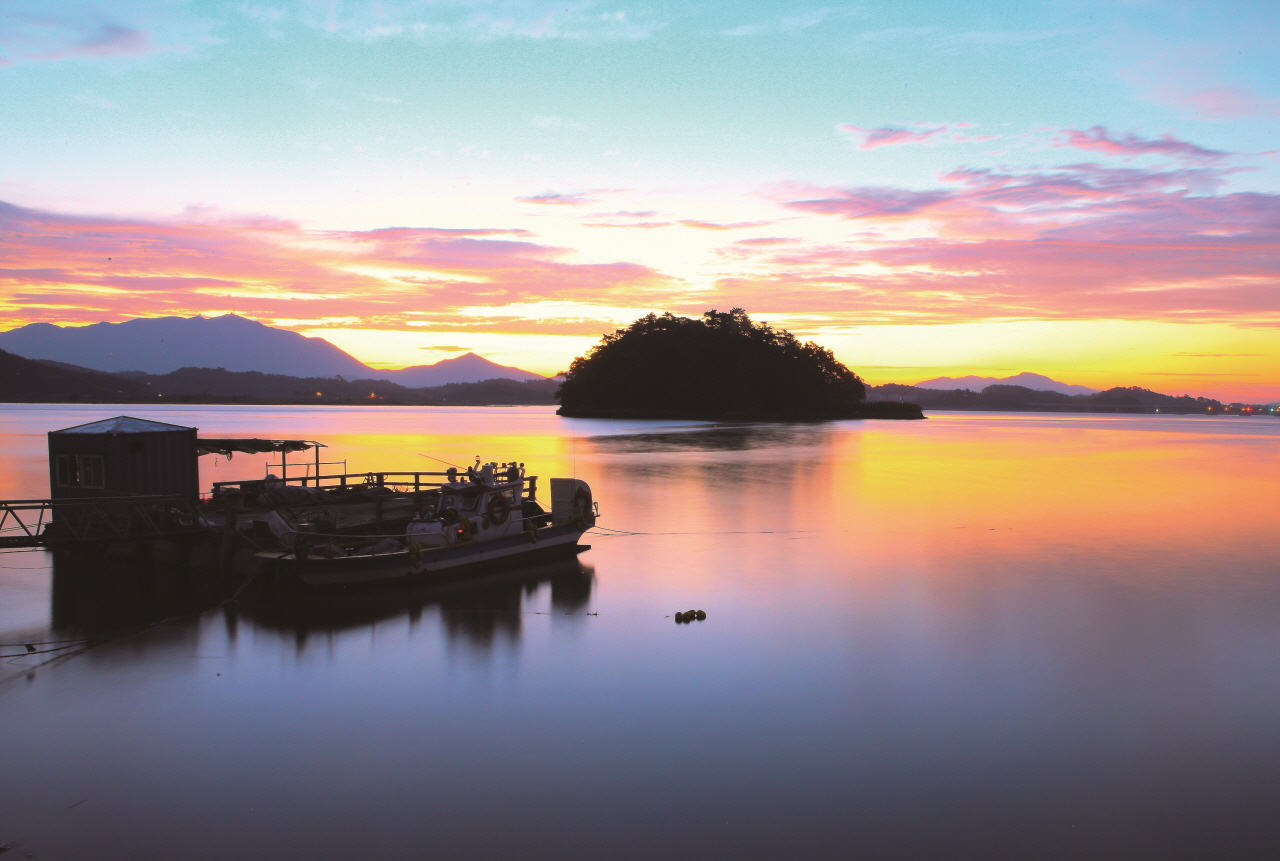 Seomjingang River constitutes much of the borderline between Jeollanam-do and Gyeongsangnam-do. The word seomjin literally means “toad ferry.” According to legend, a swarm of toads blocked the invading Japanese army from crossing the Seomjingang River into Jeollabuk-do in the 1590s. Walking along the miles-long river embankment brings back fond memories of the past. A wide variety of animals are found along the river, including European otters. There is an otter observation point along the way. In Gokseong County, the Seomjingang National Astronomical Observatory welcomes tourists and aspiring space scientists alike.

EAT>
A nice and hot bowl of jaecheop soup is definitely worth trying. The shellfish grows only in fresh water of the highest quality and is widely known as an effective hangover cure in Korea.

SEE>
A traditional village attracts keen attention as it is designed to revisit a folktale based on Sim Cheong, a filial daughter who offers herself for sacrifice in return for the well-being of her blind father.

DO>
A famous steam locomotive line for tourists runs along the river for 15 minutes. To catch the train, visit Seomjingang Train Village 섬진강 기차마을 (T. 061-363-6714, www.gstrain.co.kr) in Gokseong County, where you can also opt for rail bikes.

GO>
Take a bus for Gwangju Terminal at Central City Express Bus Terminal. Then take a nonstop bus for Gurye at Gwangju and get off at Gokseong.