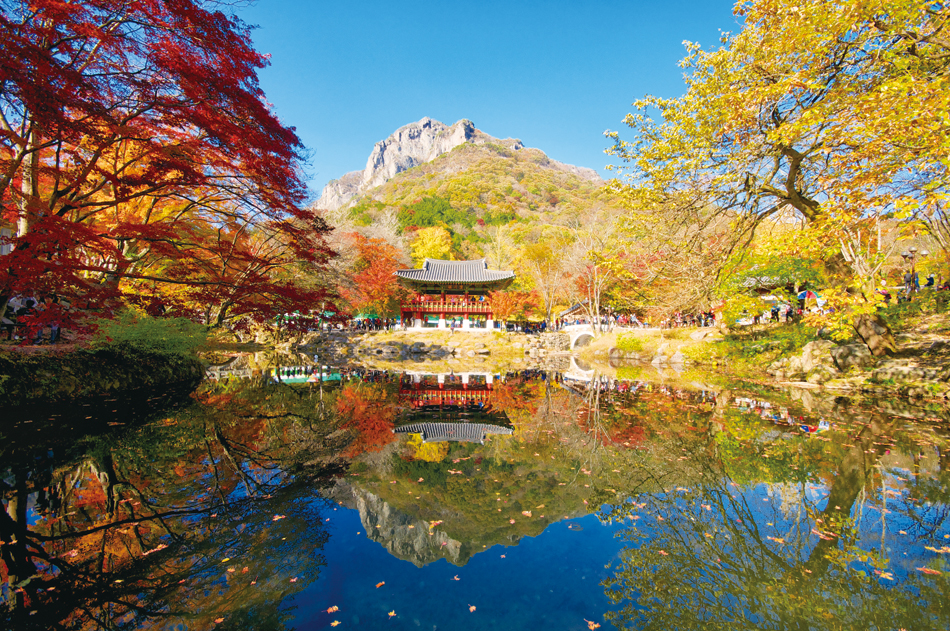 Autumn is a great time to be in the southwestern town of Jeongeup. By the first week of November, the legendary autumn foliage of Naejangsan National Park should be at its peak. Sure, it’s a mad rush to get to the park at this time – it can seem like half of Korea is visiting – but the colors more than make the trip worth it. Weekdays are better for avoiding the crowds. Naejangsa Temple is the most popular destination, but this writer prefers the area around Baegyangsa Temple (in the neighboring town of Jangseong). To add to the fun, Jeongeup also plays host to the Jeongeup National Bullfighting Festival (Oct 31–Nov 4). Korean bullfighting is quite different from the Spanish version in that it’s not man vs. beast, but rather a battle between two bulls with a history rooted in Korea’s agricultural past. The battles are rarely fatal and rather fun affairs filled with boisterous cheering.

EAT>Southwest Korea is renowned for heavenly food. If you’re looking for something non-Korean, the Chinese restaurant Yangjagang (T. 063-533-4870) is well-known for jjamppong (spicy seafood noodle soup).

DO>Battle other photographers to capture the reflection of Baegyangsa’s Ssanggyeru Pavilion and Mt. Baegamsan in the pond in front of the temple.