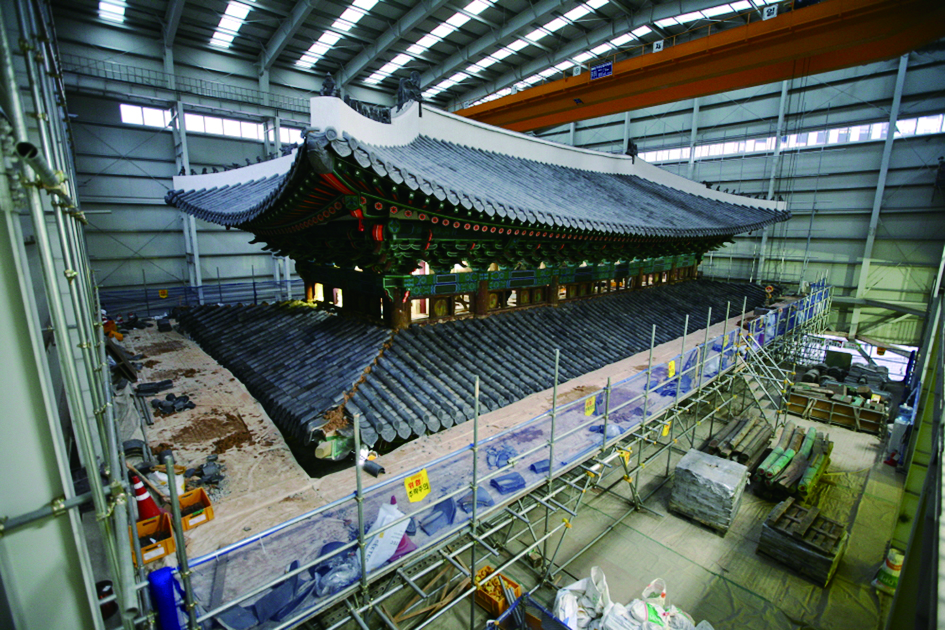 After a painstaking multiyear reconstruction effort, Sungnyemun Gate will be unveiled on April, the date the cultural site was destroyed in a fire in 2008. Designated as National Treasure No. 1 of Korea, the historic pagoda-style structure dates back to the 14th century Joseon Dynasty. Sungnyemun Gate served as the official main entrance to Seoul among eight gateways when the capital was a small-walled city in dynastic times. When extant, the gate was the oldest wooden structure in Seoul, even though its base structure, made of granite blocks, survived the arson attack. The gate is located between Seoul Station and Seoul City Plaza in the central area of the capital, with the hallmark 24-hour Namdaemun Market nearby. Namdaemun, meaning “southern gate,” is the old name for Sungnyemun, which literally stands for “Gate of Exalted Ceremonies.”

EAT>
Try the galchi jorim 갈치조림, beltfish boiled in a spicy soup, in the Galchi Jorim Alley of nearby Namdaemun Market.

BUY>
One of Seoul’s two great outdoor markets, Namdaemun Market has just about everything under the sun. The area right by the gate is a good place to go camera shopping.