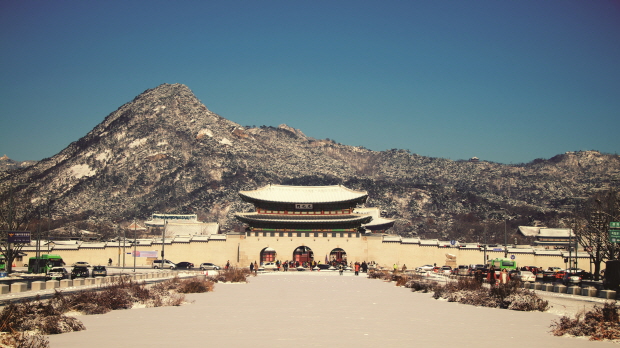 A crash course in Korean history

The Gwanghwamun area in the heart of Seoul has been in the news lately. Recently, a committee of scholars stirred a controversy by recommending that the name on the Gwanghwamun Gate be written in Chinese characters instead of hangeul, the indigenous writing system that Koreans are passionately proud of.

The debate highlights the symbolic importance of Gwanghwamun Gate to the Gyeongbokgung Palace that overlooks the plaza in front of it. The gate was fi rst built in 1395, but has been rebuilt and moved a number of times since. The current structure dates from 2010 and is a faithful reconstruction of the original 1395 gate. The view of the gate and Mt. Bugaksan behind it is one of the most picture-perfect in Korea.

But the Gwanghwamun area is more than just a prelude to Gyeongbokgung Palace. In recent years, the area has grown into the densest collection of museums in Korea. A thorough visit of all the museums and galleries in the area would take several days. A one-day tour of the museums and galleries along Gwanghwamun Plaza alone offers a fascinating look at the rise and fall of the Joseon Dynasty (1392–1910) and the spectacular rise of the Republic of Korea after the Japanese colonial period (1910–1945) and the Korean War (1950–1953). A good place to begin exploring Gwanghwamun is the Ilmin Museum of Art (Tue–Sun, 11am–7pm, www.ilmin.org) in the original Dong-A Ilbo Building near the entrance to Cheonggyecheon Stream. Founded in 1920, the Dong-A Ilbo is one of Korea’s largest and oldest newspapers. The current exhibition entitled Galapagos shows works by six noted contemporary artists and runs until February 17th.

After visiting the museum, walk toward Gwanghwamun Plaza, stopping by the Memorial Monument to Emperor Gojong on the way. King Gojong, who later declared himself emperor in 1897 in a belated attempt to strengthen the Joseon state, came to the throne in 1863, and the monument commemorates the 40th anniversary of his ascension. The plaza offers an interesting look at the varied forms of architecture from the 1960s to the present, which together tell the story of Korea’s stunning economic growth during that period. Underneath the middle section of the plaza are exhibitions on the life and work of two of the most important historical figures in Korean history: King Sejong and Admiral Yi Sunsin. The exhibition on King Sejong, the revered king who invented hangeul, offers an excellent opportunity to learn about the writing system and the life of this amazing king. The exhibitions are open Tuesday through Sunday, 10:30am–10:30pm (final admission at 10pm, http://m.sejongstory.or.kr/eng). Back on the surface, walk across the street and visit Hangeul Maruji Park, a small city park dedicated to hangeul next to the Sejong Center for the Performing Arts. The Sejong Center itself is architecturally interesting and, apart from its wide range of music and theater events, has several galleries and restaurants.

At this point, the cold of winter makes two important museums look inviting. The new National Museum of Korean Contemporary History (Tue– Sun, 9am–6pm, final admission at 5pm, www.much.go.kr/en/mainen.do) is located in one of two buildings built in the early 1960s (the other is the US Embassy), when Korea’s economic growth was just beginning. The museum focuses on the modern history of the Republic of Korea, from the formation of the provisional government in the dark years of Japanese colonial rule to the present.

After seeing the museum, walk to the north end of the plaza and take a closer look at Gwanghwamun Gate. To the left of the gate is the National Palace Museum of Korea (Tue–Fri, 9am–6pm; Sat–Sun, 9am–7pm [final admission one hour before closing], www.gogung.go.kr/fgn/jsp/en/html/ index.jsp), which focuses on the history of court life during the Joseon period and offers insight into the history that preceded the tumultuous 20th century.

All the museums have cafés that offer a nice place for lunch or a break and shops for gifts. Gogungddurak café in the National Palace Museum is noted for its innovative fusion offerings and traditional Korean tea, and its gift shop contains high quality Korean crafts.