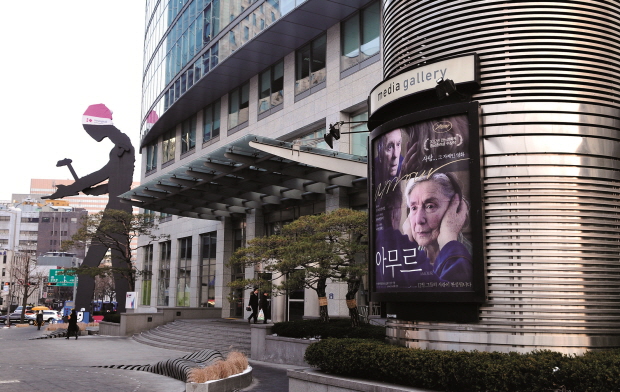 Despite multiplex theaters dominating virtually every corner of the metropolis, a number of independent art cinemas are celebrating the New Year in style. Located in the basement floor of the Heunkuk Life Insurance Building near Gwanghwamun, CineCube has two celebrated films on offer—Danish film A Royal Affair and French film Amour, both of which were released in 2012. The Danish period drama deals with a young queen who is married to an insane king and secretly falls in love with her physician and starts a revolution with him. The French film dramatizes the love and tribulations of a couple in their eighties. Meanwhile, Seoul Art Cinema is going western from Jan 11 to 13 with a special program devoted to famed director Sergio Leone, the “father of Spaghetti westerns.” The downtown theater will screen four of his works—Duck, You Sucker; The Good, the Bad, the Ugly; Once Upon a Time in the West; and Once Upon a Time in America.