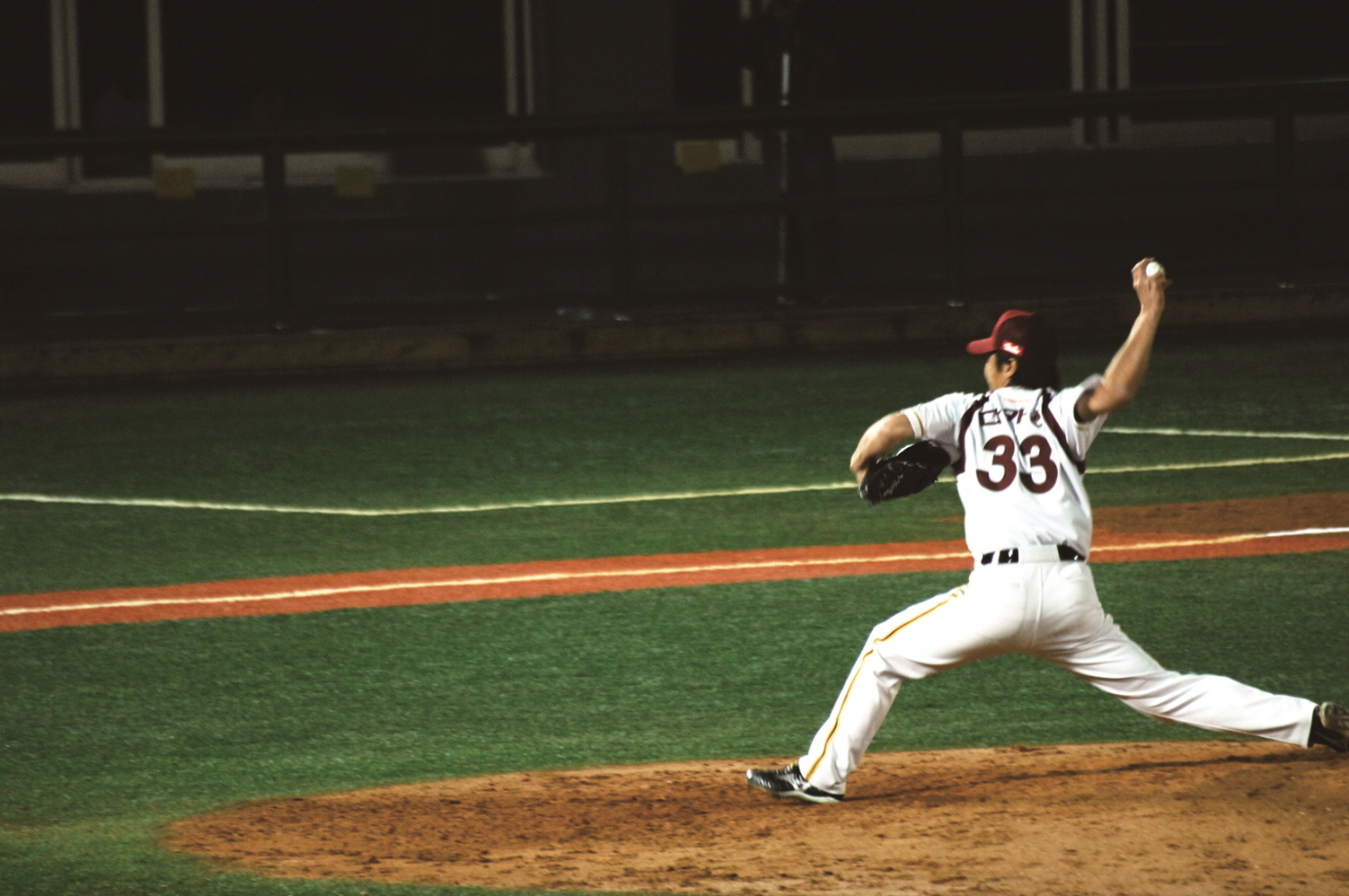 Mokdong Baseball Stadium, built in the late 1980s, plays host to the Nexen Heroes. The midsize ball park, which holds around 16,000 people, is like a hidden gem offering athletic shelter in the predominantly residential neighborhood. The Heroes are the second newest team in the league. It used to be a perennial bottom-dweller until they emerged strong last season with an eight-game winning streak. The ball park is part of Mokdong Sports Complex, which includes an ice rink, an indoor shooting range, a fitness club, a gymnasium, and several convenience facilities.

EAT>
Mokdong Stadium offers a variety of food and beverages. But in Korea, baseball fans routinely bring in chicken, pizza, or other food, including beer.

BUY>
Outside the stadium you will find vendors selling Nexen souvenir items.

SEE>
Part of the fun of Korean ball parks is joining forces with the team of professional cheerleaders to root for your team. They dance and lead chants.