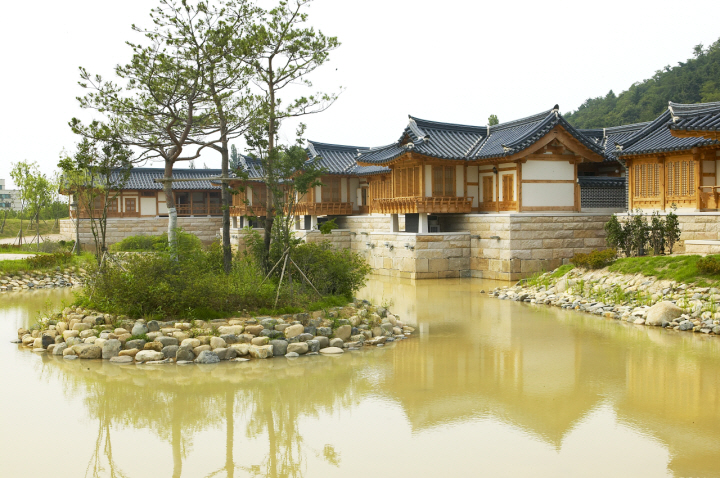 The Lagung, meaning “Silla Palace,” is a traditional deluxe hotel located in the ancient Silla Kingdom capital of Gyeongju. The hotel establishment consists of 16 separate houses that are all connected by corridors. The plan for the Lagung was ascertained with historical evidence and consultation of more than 100 experts in ancient architecture. The hotel is part of a greater tourist theme park, Silla Millennium Park which offers a glimpse of Silla’s cultural heritage through restored Silla palaces, houses, and other lifestyle settings from the 8th century. Visitors have access to a large-scale outdoor studio where period TV dramas are filmed.

EAT>
A group of Korean restaurants are in service at Silla Millennium Park, while traditional taverns entice tourists with locally brewed varieties of rice wine and appetizers.

DO>
If you want to join the annual Gyeongju Cherry Marathon scheduled for Apr 13, check out its website at www.cherrymarathon.com before it’s too late.

STAY>
Hotel rates start at KRW 120,000-plus per person, which includes three meals, snacks, and theme park tickets. A range of hotels, condos, and other options are available throughout the city.

GO>
Take a KTX train to Gyeongju and use local transportation to get to the hotel near the Bomun Tourist Complex.

A walk through Yeouido in the spring
Scroll to top
댓글 로드중...