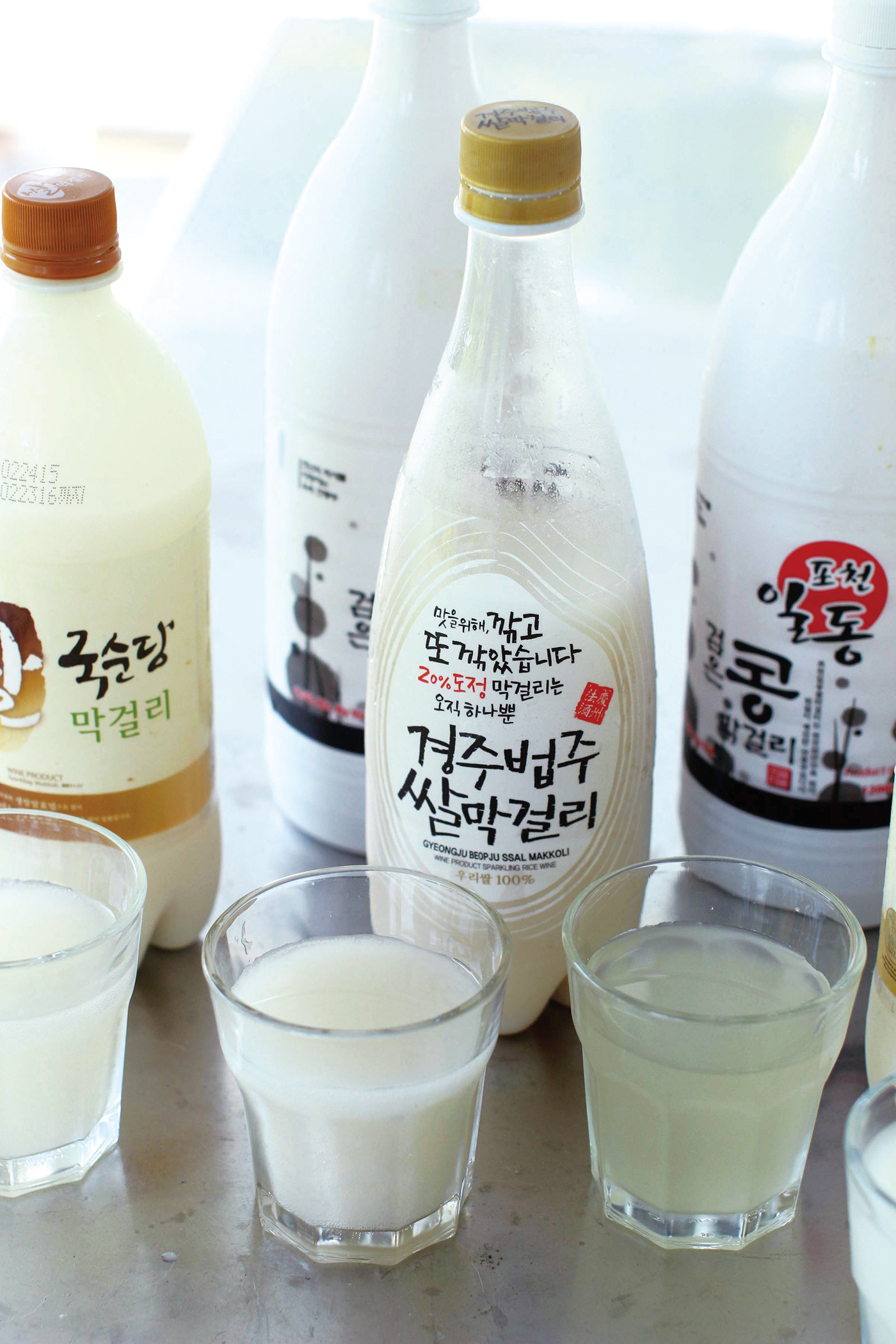 For anyone who has been in Korea for any period of time, inevitably they are introduced to one of its representative traditional alcohols, makgeolli. While most people will hear the descriptions “rice wine” or “farmer’s drink,” few actually get the opportunity to really understand this unique beverage. More often than not, our newcomers are warned off the brew by seasoned drinkers, each with their own harrowing tale of a horrendous hangover. There is more to makgeolli than frighteningly cheap green bottles and bad headaches, however. The industry itself is entering a period of enlightenment and development in terms of craft and quality, one that expats are playing an increasingly influential role in.

Sharing a Korean favorite with the community

Flashback to four years ago, and two expats who then knew nothing about makgeolli hatched a plan. We wanted to know more about this drink, but more than that, we wanted to share the information we’d learned with others in the English-speaking community. Makgeolli Mamas & Papas Korea (mmpkorea.wordpress.com), affectionately known as MMPK, began as an open community for sharing Korean traditional alcohol experiences and pooling what little information was available at the time. Instead of getting lost in all the different bottles – inevitably forgetting what was consumed – we began compiling data and recording every little tidbit learned. And whatever we learned, we shared with a budding online community of people eager for information both in Korea and abroad. Just like most things in Korea, change happens quickly. As we began meeting at various bars all over the city every three weeks, we soon started to see how quickly things in the bar scene were changing. For the most iconic makgeolli drinking experience, dark and rough-looking bars with metal kettles – and what many have mistaken for dog bowls – were plentiful. One of the many charms of makgeolli is this rowdy but intimate combination of endless drinks and sharing good times. When the rain falls, like clockwork these bars become packed with people searching out their comfort food and drink, sheltering from the deluge.
While these jumak, as they are called in Korean, can still be readily found, as time went on we saw more and more bars emerge that were giving Korean traditional alcohol a more updated and modern treatment. Not only were new bars serving makgeolli imported from all over the nine provinces in stylish carafes but the accompanying food began to push the envelope beyond the regular pajeon, a makgeolli pairing so ingrained in the Korean psyche it is difficult to imagine one without the other. Deep metal bowls were replaced with smaller ceramic cups, and the loud crowd gave way to first dates and deep conversations. Makgeolli had made its first steps into the world of respectable drinking culture. Leading the charge in this development of makgeolli drinking culture are the dedicated bar owners who have actually learned about the nuances of their wares. Passionate and committed to giving their customers an experience beyond what they have come to expect, many bar owners are now studying at various Korean traditional alcohol institutes and developing relationships directly with brewers, who themselves have also grown increasingly sophisticated. In the last five years, for instance, we have seen the rise of artisanal brewing. Successful business people are quitting their jobs to pursue the art of crafting Korean traditional alcohol, creating makgeolli sold in slender glass bottles without artificial sweeteners.
In conjunction with knowledgeable bar owners and skilled brewers, there is a new element helping to shape the future of makgeolli. In contrast to other fermented beverages such as beer, makgeolli brewing can be practiced at home without the need for expensive equipment. While the range of recipes and techniques is vast and varies in difficulty, getting started can require as a little as a rice steamer and plastic vessel. This accessibility has given rise to a fast growing community of home brewers both Korean and non-Korean, domestic and abroad. There are a number of academies in Seoul that teach both the scientific principles of alcohol fermentation and the practical challenges of opening a brewery.
For the average English speaker with an interest in learning makgeolli brewing principles, language can be a barrier. There is, however, an expat organization called Makgeolli Makers that is leading the way in quality traditional alcohol education in English. Coordinating the only English language brewing program in Seoul through the Susubori Academy, Makgeolli Makers has been at the helm of developing not just hands-on curriculum and instruction but also an online forum for international makgeolli brewing enthusiasts. Penning the first English-language publication on makgeolli brewing practices and making it available for free online, Makgeolli Makers has facilitated an unprecedented level of access to Korean traditional brewing knowledge for a wider international audience. Every year they facilitate an Expat Makgeolli Brewer’s Competition, allowing locally based brewing enthusiasts the opportunity to compete and showcase their skills. The mystery of makgeolli is slowly having the curtains pulled back and is being appreciated on many levels. So what of the future of makgeolli? Both MMPK and Makgeolli Makers believe the key is in education, awareness and experimentation. The more opportunities there are to taste, learn about and brew makgeolli, the further the industry can develop and improve. As MMPK moves toward tourism for expats and travellers who want to deepen their experience of Korean alcohol, Makgeolli Makers continues to push boundaries and sow the seeds of brewing education. In a small alley of the Jongno neighborhood of Ikseon-dong, a co-op of makgeolli brewers, both Korean and international, has opened a brew space purely for recipe experimentation and development. With the apt name of “Jaju,” meaning “often,” and nestled in an idyllic hanok setting, the group is dedicated to honing their brewing skills and sharing knowledge of the craft. The makgeolli industry is a wheel with many spokes, each with its own role in restoring quality and reviving the traditions of a drink that has so much to give.
In celebration of makgeolli, the last Thursday of every year is dedicated as “Makgeolli Day,” and the industry hosts a festival where brewers from all over the country can showcase their brews. This year they are taking it one step further, creating a weekend-long exhibition of various brews as well as educational experiences on the island of Jarasum in the nearby town of Gapyeong. Expats can take free makgeolli brewing classes with Makgeolli Makers, as well as an MMPK-curated tasting of artisanal brewers. The development of makgeolli has a long road ahead, but the dedication of various players in the industry show it is on the right track.

Nuruk Namu Insa-dong
This spot offers a wide range of makgeolli labels, from the very cheap to top shelf, making it a perfect spot to get an overview of today’s makgeolli market.
FYI> 02-722-3398