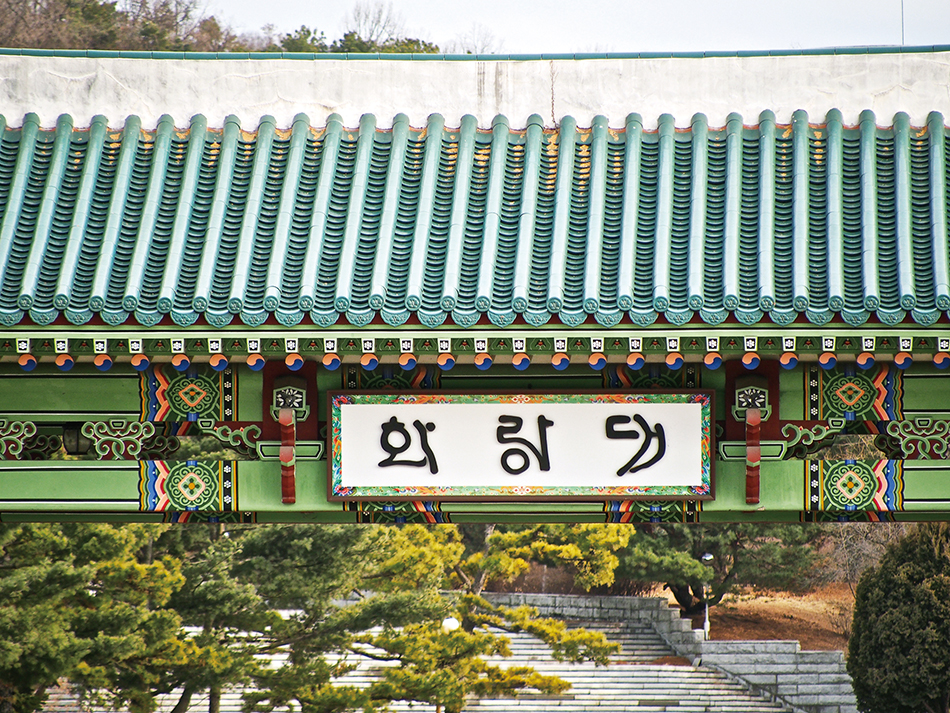 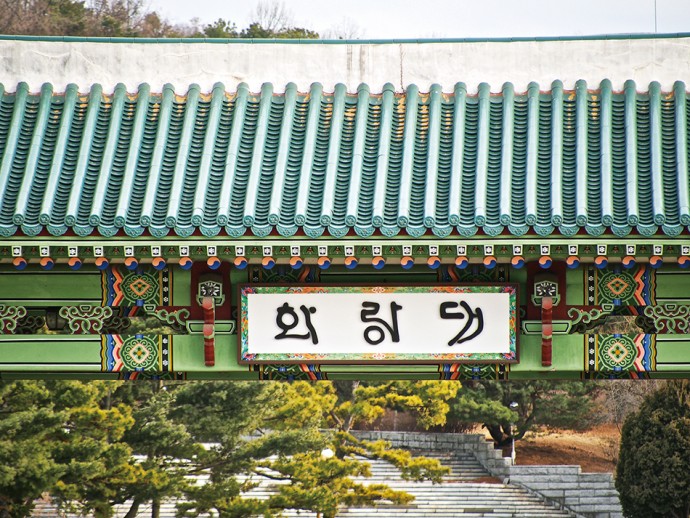 At first glance, the neighborhood around Hwarangdae Station strikes one as a bland slice of middle-class suburbia. But walk northeast along Hwarang-ro, away from the apartment towers, schools, churches, and one–square block parks, and you’ll find yourself among some of the country’s past and future elite. 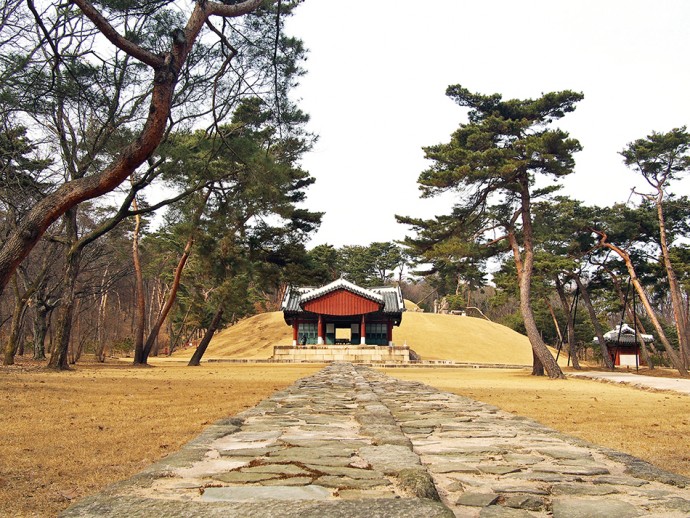 Black and yellow wheeled barricades and cadets in dress grays on the sidewalk are the first indications that one is near the Korean Military Academy (육군사관학교), also known as Hwarangdae,  named after an elite Silla-era youth corps. The academy is where officers for the nation’s armed forces are trained, and its sprawling campus features lots of open space for athletics and drills. Rising up in the middle is a sentry tower, its lookout room hugging a tall stone column like a doughnut. When the traffic dies down, you can sometimes hear the barked commands of a drill sergeant from all the way out on the sidewalk.

Not far beyond Hwarangdae is Taereung (태릉), one of the Joseon royal tombs that together constitute a UNESCO World Heritage Site. Additionally, this is the site of the Royal Tombs Museum of the Joseon Dynasty (조선왕릉전시관), a lovely building of ivories and grays with displays on Joseon state funerals and tomb structure and life-size replicas of the stone statues of civilian and military officials that watch over the grave sites. 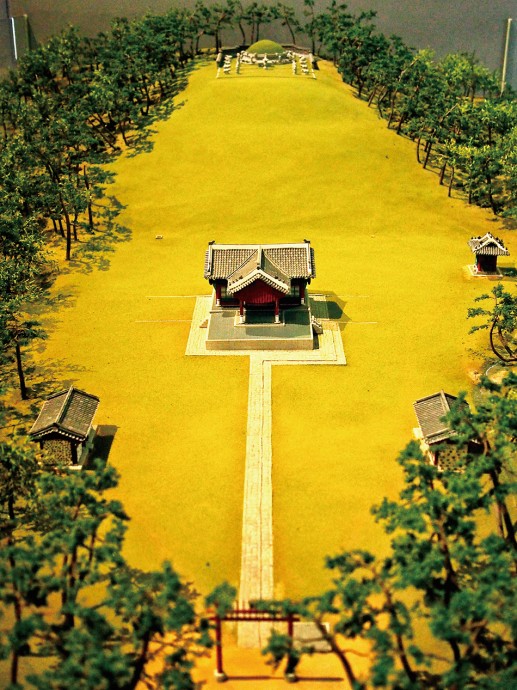 Behind the museum and at the end of a short path through a thin pine forest is Taereung, the tomb of Queen Munjeong (1501-1565), the third consort of King Jungjong. Jungjong is buried in Jeongneung in Gangnam’s Samneung Park, and originally Munjeong intended to be buried there as well, but the spot was prone to flooding and so she resigned herself to Taereung. Ironically, she may have gotten the better deal in the end. Taereung is not only more peaceful, but it’s also grander; the stone figures around the burial site are 1.5 to 2 times larger than those at any other Joseon tomb.

Munjeong became queen when she was 16 and went on to wield significant influence, introducing a state-administered exam for Buddhist monks and ruling on behalf of her son, King Myeongjong, for the first eight years after he ascended to the throne at the age of 12. Myeongjong, who died when he was 34, is buried a kilometer further down the road at Gangneung (강릉). This serene site actually holds two burial mounds: one for Myeongjong and one for his wife, Queen Insun—twin grassy curves poking up above a plateaued hill like bubbles on a pond’s surface.

Experiencing the Way of the Buddha
Scroll to top
댓글 로드중...