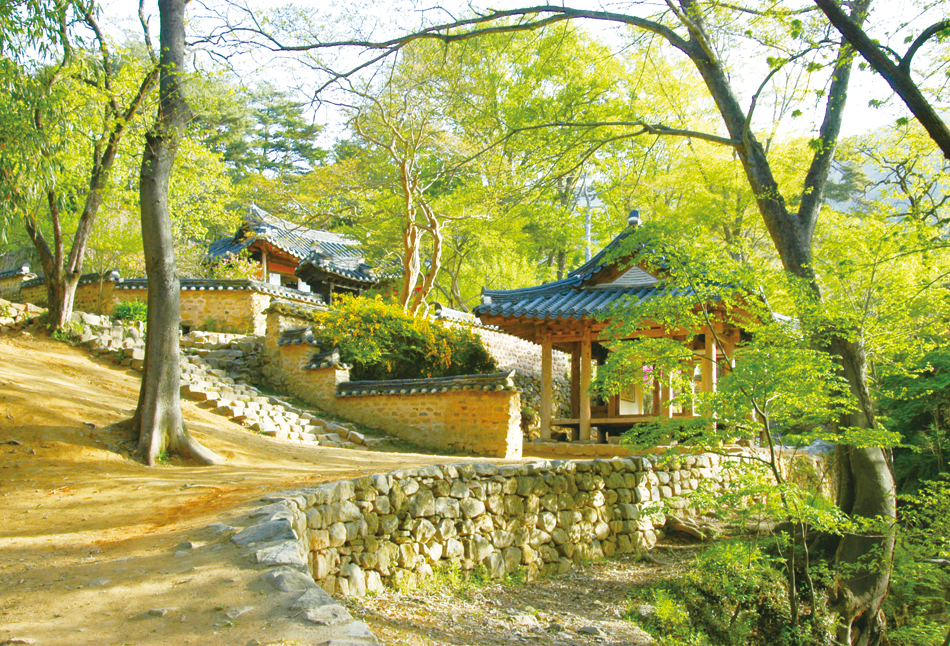 Located in the county of Damyang, Soswaewon Garden is one of Korea’s most sublime traditional gardens. Built in the 16th century, Soswaewon is the very definition of a traditional Korean garden with a seamless blending of the natural and man-made. Humble pavilions dot a mesmerizing landscape of running streams, bamboo groves and moss-covered trees. The garden is even more spectacular in autumn. Damyang is home to several other beautiful gardens, including Juknokwon, one of Korea’s best known bamboo groves. Those with a fondness for Korean literature will want to visit the Korea Gasa Literature Collection, a museum dedicated to Damyang’s heritage of lyrical poetry.

EAT>Damyang’s specialty is tteok galbi, or grilled patties of beef and pork. A good place for this dish is Damyang Aekkot (T. 061-381-5788), which is just
outside of town.

SEE>Damyang’s Metasequoia-lined Road (30-minute walk from Damyang Bus Terminal) should be pretty at this time of year.

STAY>Jukhyang Cultural Experience Village is probably worth visiting on its own merits, but also offers hanok-style accommodations starting at KRW 80,000 a night.

GO>Take the KTX to from Yongsan Station to Gwangju (travel time: just under 3 hours). Then head to Gwangju Bus Terminal to take a bus to Damyang. Direct express buses also leave for Damyang at Seoul’s Central City Bus Terminal.