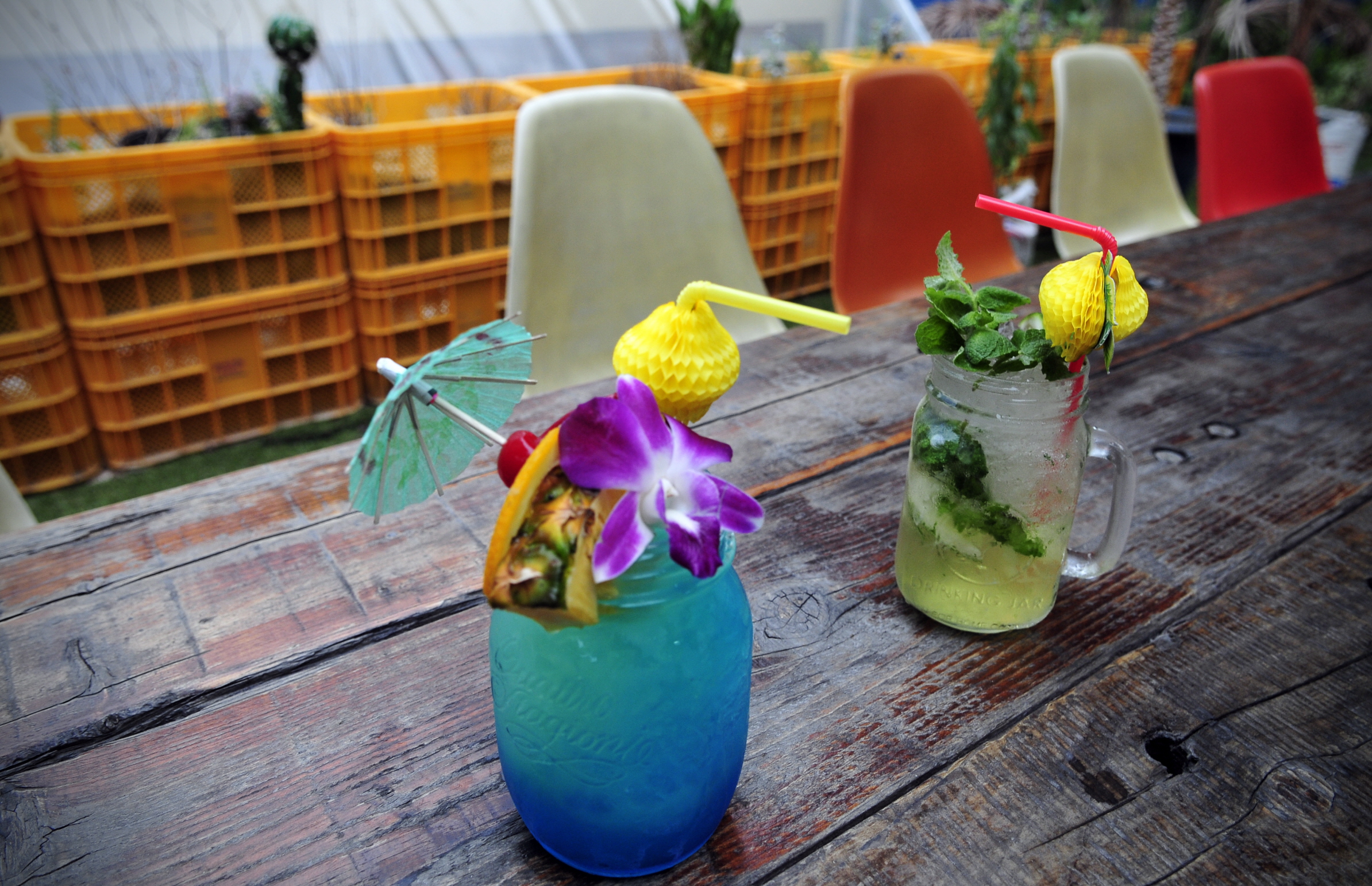 The lull of a more languid land

The summer season is upon us with a vengeance. If you can’t manage plans to escape the confines of our fine concrete jungle for a seaside retreat, here are SEOUL’s suggestions for replicating the beachside boozing experience.

The signage may say “French and Pacific food” at Bonjour Hawaii, but items like the sushi pizza reveal a decidedly Japanese tilt. Dishes are adorned with corn on the cob, orchid flowers, and grilled pineapple, adding to the tropical feel, while the crinkle-cut french fries served with the BBQ plate awaken the nostalgia of cafeteria lunch fare. Mojitos and other tropical cocktails are served in jars and bedecked with the requisite cocktail umbrella, maraschino cherries, and honeycomb fruit cocktail stirrers befitting of any equatorial drink. Those looking to stay away from the overt sweetness of tiki cocktails can choose from a slew of Hitachino bottled beers from Japan’s Kiuchi Brewery. Things are largely “self-service” here, and you’ll need to order your food and drinks downstairs at the beach shack before finding a seat on one of the three floors. Bonjour Hawaii’s strength lies in the beachykitschy atmosphere generated by the abundance of astroturf, primary colors, beach umbrellas, wicker baskets, and playground-yellow milk crates, making the grounds look like a scene straight out of a 1960s beach party film—perfect for imagining yourself in the lull of a more languid land.

The Bungalow’s tropical charm is evident right from the outset: the sultry red and gold accents fuse with the bamboo and exotic masks on the walls to make you feel as though you’ve been transported to a vaguely Southeast Asian locale. There is a cornucopia of rooms and seating options hidden in the nooks and crannies of this three-story establishment, including open-air seating, a bar, wicker cocoons for couples that swing from the ceiling, and more. But if Seoul’s signature summer heat and humidity have you dreaming of a white sand beach, try one of Bungalow’s sand rooms, where you can dig your toes into cool sand while sipping on fruity cocktails. There are also two jacuzzis, including one on the third-floor outdoor terrace; the combination of alcohol and hot tub is sure to help you unwind. You’ll need to call ahead to make a reservation if you want to snag that spot, though.
This Itaewon mainstay—it’s been lounging in the alley behind the Hamilton Hotel for about nine years now—has a full bar, offering everything from whisky, wine, and martinis to Bungalow’s signature tropical cocktails. Especially fun is the one served in a real coconut—nothing says summertime better!