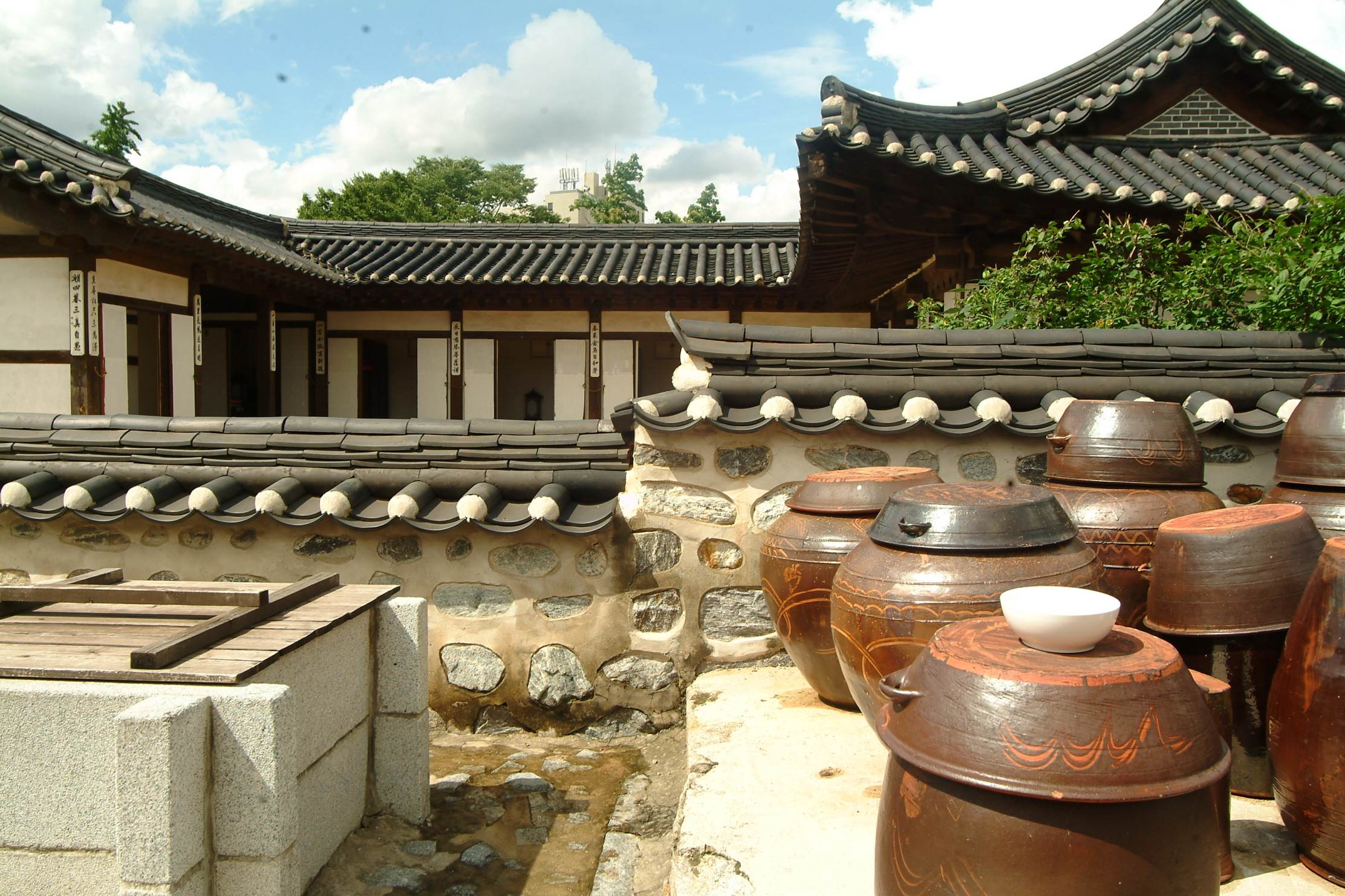 Hanok, Photography, and Tea
Enjoying the old and new in Chungmuro | 충무로

A visit to a famous place in Seoul often turns up surprises in the streets and alleys nearby. One such place is Namsangol Hanok Village 남산골 한옥마을. Opened in 1998 on the site of a former military base, Namsangol Hanok Village is a collection of reconstructions of five important late 19th-century traditional Korean houses, or hanok, in Seoul. By the 1980s, pressure to build new and taller buildings in old parts of Seoul risked the destruction of some of the city’s most important old houses. Instead of destroying them, the city decided to move and rebuild the important buildings in a park with easy access to the center of city.
To get to the Namsangol Hanok Village (www.hanokmaeul.org, 9am–9pm, April to October, closed on Tuesdays), leave from Chungmuro Station 충무로역 (Lines 3 and 4), Exit 3 and follow the signs as you walk toward Mt. Namsan. Near the entrance is a reconstruction of the garden and pavilions that sat on the site during the Joseon period (1392–1910). The rebuilt houses sit to the left of the garden. Each is unique and valuable for different reasons, but the most accurate reconstruction is that of the Yi Seungeop House 이승업가옥. The house was built by the master carpenter of the 1867 reconstruction of Gyeongbokgung Palace, Yi Seung-eop—and its exquisite details reflect his expertise.

The village also has the Seoul Namsan Traditional Theater 서울남산국악당 (http://sngad.sejongpac.or.kr/eng/main.asp), which holds performances of traditional Korean music and drama. The theater complex contains Danbansa 다반사 (T. 02-2272- 7951), a wonderful traditional Korean teahouse. Behind the buildings is a park-like walk leading to a time capsule that was buried in 1994 and is scheduled to be opened in 2394, the thousandth anniversary of the founding of Seoul.

Leaving Namsangol Hanok Village, return to Chungmuro Station and leave from Exit 5 on the other side of the street. Turn right at the first narrow street and then turn left at the next street. This takes you into the area of Seoul that is famous for film, photography, and printing design and production. In Korean film and design circles, the area is simply known as “Chungmuro 충무로.” Across the street from the massive light gray Kukdong Building, for example, you will find Munhyang Bookstore 문향서점 (T. 02-2274-5434), which specializes in imported books on design. Keep walking, cross the street, and at the beginning of the next block, you will come to Gallery Illum 갤러리 이룸 (www.galleryillum.co.kr), one of a few galleries in Seoul that specializes in photography. The small gallery has frequent week-long shows that show works by emerging young photographers in Korea. One the first floor of the building with Gallery Illum is a Leica shop, and a used camera shop is on the third floor. This serves as a good introduction to the nearby backstreets, which contain a number of used camera shops and camera supply shops. To find them, turn left at the corner where you crossed the street—you will begin to see a number of used camera shops. Wander around the side streets and enjoy the variety of used and collectible cameras.

Like other older areas of Seoul, Chungmuro has a number of trendy cafés, but it also has several 1970s-style tearooms and Uijeonbang, an old-fashioned “medicinal tearoom.” Follow your way back to the subway station using the Kukdong Building as your signpost, but turn left at the end of the block past that building. Walk straight, crossing several side streets, until you come to a narrow street that angles triangularly from the right. Take this street until you come to a light brown building with a red sign on the second floor. The narrow stairs lead to a small old-looking tearoom that offers some of Seoul’s best “medicinal” thick tea made from a combination of Korean medicinal herbs.

From here, follow your way back to the subway, but before you leave Chungmuro, think about having dinner at Daerimjeong 대림정 (www.daerimjung.co.kr, lunch 11:30am–2pm, dinner 5:30pm–8pm), a restaurant that specializes in
traditional Korean course meals. Daerimjeong faces the busy street near Exit 7 of Chungmuro Station.