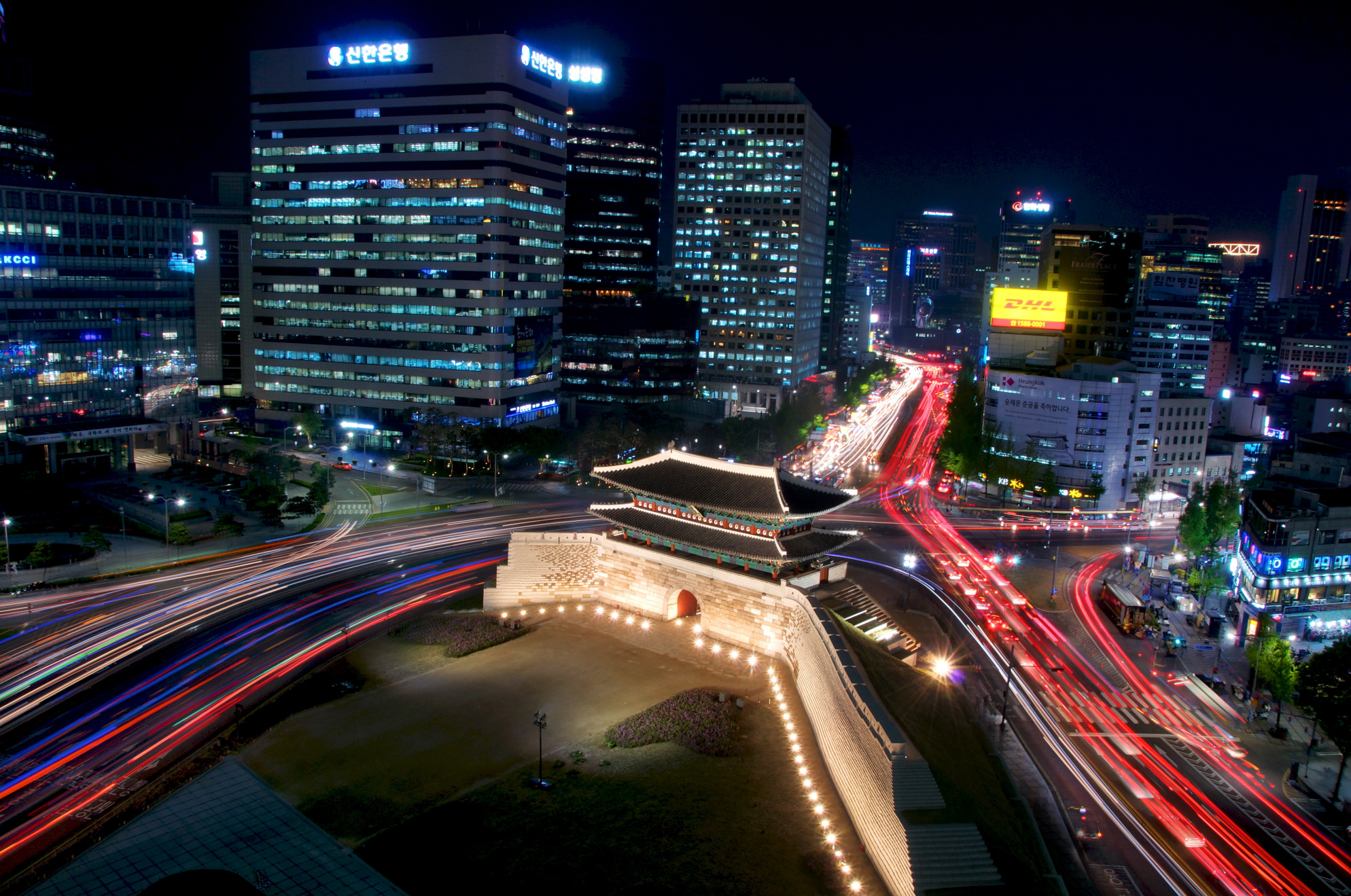 History may note this year as “Year of the Seoul City Wall.” Efforts to rebuild lost sections of the wall are moving forward, and interest in the wall is at an all-time high. The recent reopening of Sungnyemun Gate in May 2013 after years of reconstruction focuses attention to the western section of the wall. In the early 20th century, Japanese colonial rulers destroyed the wall around Sungnyemun Gate for roads and a streetcar line linking the center of the city with Seoul Station.

A good way to explore the western section of the wall is to start at Seoul Station (Line 1, 4 and A’REX Line). Opened in 1925, the old part of the station is one of the most notable buildings remaining from the Japanese colonial period (1910–1945). Until the new KTX station opened in 2004, the old building was the main gateway to Seoul. After several years of restoration, the station was transformed into the Culture Station Seoul 284, a multipurpose art space for special exhibitions and events, in 2011 (http://seoul284.org/new/eng/intro/intro.php). The cultural center also has a room for a permanent exhibit on the history of Seoul Station.

The short walk from Seoul Station toward Sungnyemun Gate goes past several old commercial buildings from the mid-twentieth century. First built in 1396, the gate was rebuilt and repaired several times in the 15th century but did not undergo another major renovation until 1962. It was the best example of an original early Joseon-period structure and was designated National Treasure No. 1. An arson fire in 2008 destroyed the gate, which shocked the nation, but five years of painstaking construction have produced a historically faithful replica. The gate is the largest and most ornate of the four large main gates in the Seoul City Wall. Walk around Sungnyemun Gate and notice the beautiful curves in the roof and other details.

From Sungnyemun Gate, turn in the direction of Seoul Station and cross the street at the first crosswalk. Turn right, go straight, and cross the next street. You will then see a sidewalk that looks like the Seoul City Wall and a reconstructed portion of the wall next to the KCCI building. This part of the wall was reconstructed in 2005 during the construction of the KCCI building. Keep going until you come to the Olive Tower, another tall office building. You will soon see that the base of the reconstructed wall in front of this building looks older than the rest of the wall. This is one of the stones are from the original wall and was unearthed during the construction of the building. The wall stops at the next street and does not pick up for one kilometer, until the area around Sajik Tunnel.

From here, go straight and then turn left at the JoongAng Ilbo Building and go straight. Cross the busy street, turn right, cross the street, and turn left. Go straight until you come to a long, curving apartment building with shops on the first floor, the Seosomun Apartments. Built in 1972, the building is one of the earliest examples of a residential-commercial building in Korea. The building was built over a covered up stream, which explains its rare curved shape. Among the shops are several cafés and restaurants with outdoor seating that offer interesting views of Seoul’s jumbled cityscape.

The Seosomun Apartments end at a busy street. Turning left leads to Seodaemun Station (Line 5), and tuning right takes you back to Seoul Station following the train tracks. Another choice is to time your visit so that you can return to Sungnyemun Gate in the evening for the spectacular light up.