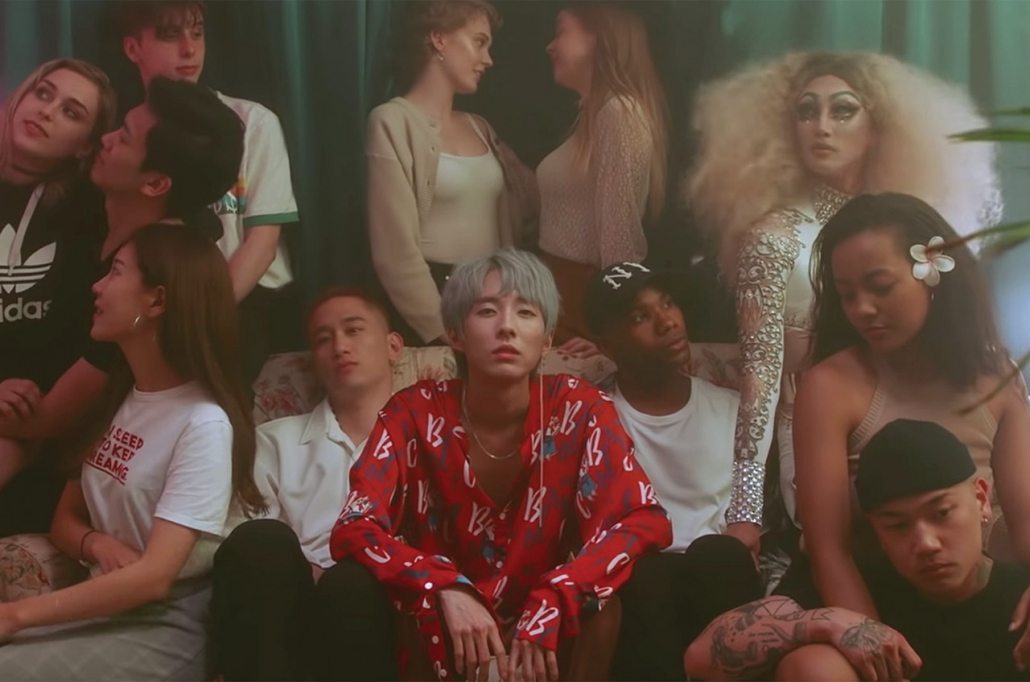 When Holland debuted as the first openly gay K-pop idol, to say the least, it caused a stir. His first song, “Neverland,” wasn’t all that strong vocally or even instrumentally, but it sent a powerful message with its uninhibited and uncensored presentation of his love life as a homosexual man.

His music video and music put his sexuality in the forefront. There’s no innuendo here, no teasing or queer-baiting; it’s there, out and proud. It’s a first in K-pop, and it’s a huge step in Korean music and media in general. Regardless of what was thought of the song, critics, fans and onlookers alike applauded Holland’s bravery for stepping out and creating a true-to-life representation of himself. He was crowned winner of the 2018 Dazed 100 list.

Since then, support for him is constantly growing, especially among international K-pop fans who have longed for actual LGBTQ representation in Korean media. He tweets largely in English, building up his international base, but also talks to domestic fans in his native Korean as well.

“I’m sorry, hate criminals can’t be my fans.” Holland tweeted shortly after the release of his first comeback, “I’m Not Afraid,” which is not only a much stronger track, but one that takes everything “Neverland” showed and dials it up a few notches. It’s nothing that’s never been seen in heterosexual music videos, yet it was slapped with an R rating by YouTube. Holland called the platform out, and YouTube responded, saying it was a mistake.

Many artists who don’t conform to the status quo in K-pop get silenced. This is perhaps why Holland is so vocal, making sure that this not only doesn’t happen to him, but also doesn’t happen to any others who are brave enough to follow his lead.

That’s what makes “I’m Not Afraid” so apt and important in a time where discrimination is so rampant. The song is good too, with its retro ’80s EDM vibe and an almost husky tonality that serves Holland well. It shows immense growth from “Neverland,” and it makes one even more interested in what this artist’s journey will truly be. He’s not reigned in by a company; he’s a lone-agent, so what Holland is able to create is from him and by him. The diversity he is bringing to the genre is wonderful to see.

A Paean to the Immigrant Experience
Scroll to top
댓글 로드중...