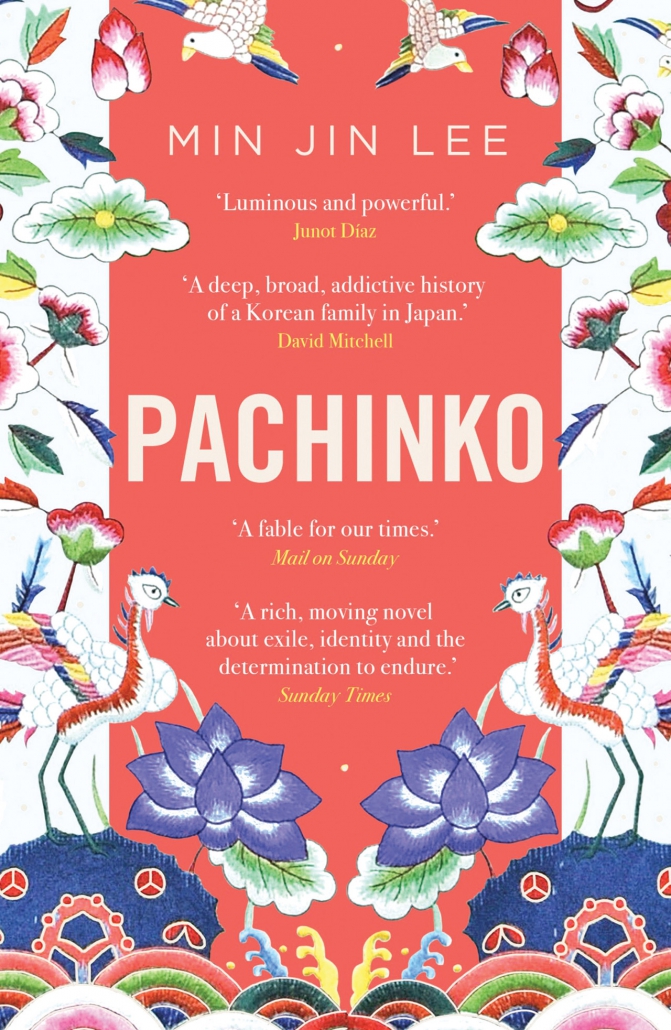 When New York based novelist Min Jin Lee’s debut novel “Free Food for Millionaires” was first published in 2008, it received a rapturous response. If Jane Austen or George Elliot had been alive to write about second-generation Korean immigrants dating, working and socializing in contemporary Manhattan, they might very well have written something like “Free Food for Millionaires.” It is a warm, rewarding and deeply engaging story about race, class, sex, STDs and beautiful hats. Apart from the beautiful hats, Lee’s new novel “Pachinko” finds room for all these things and much more, as well as being just as richly enjoyable and just as profoundly humane as her debut.

“Pachinko” is a sprawling historical epic and a multi-generational family saga with an expansive cast of characters set against the backdrop of Japan’s colonization of Korea, the impact of World War II on East Asia and post-war Japan. The narrative starts in 1910, the year Japan annexes Korea, in a small fishing village called Yeongdo on the far southern coast of the Korean Peninsula. Here, 27-year-old Hoonie, the disabled but hard-working son of a fisherman, is searching for a bride. A local matchmaker arranges a match with a 15-year-old girl called Yangjin from a poor family in a nearby village. The couple meet on their wedding day and set about starting a family. After their first three babies die all before their first birthdays, Yangjin gives birth to a girl they call Sunja. Hoonie dies from tuberculosis thirteen years later, leaving Sunja and Yangjin to run a boardinghouse for fishermen by themselves.

Sunja subsequently meets and falls in love with a married Japanese gangster and business man called Koh Hansu, who leaves her pregnant. To hide Sunja’s shame, a kindly young local pastor agrees to marry her and act as her child’s father. Together, the pastor and Sunja move to Japan to start a new life. From here the story follows Sunja and her descendants as they struggle to survive in Japan as members of an oppressed class. The novel explores the shame and guilt Sunja and her children feel as outsiders with divided identities and loyalties. Although epic in scope, “Pachinko” is intimate in detail, and Lee expertly weaves together the life stories of her fully realized characters. Lee’s second novel is ultimately a paean to the immigrant experience and a hymn to motherhood and female resilience.

Holland Is Not Afraid