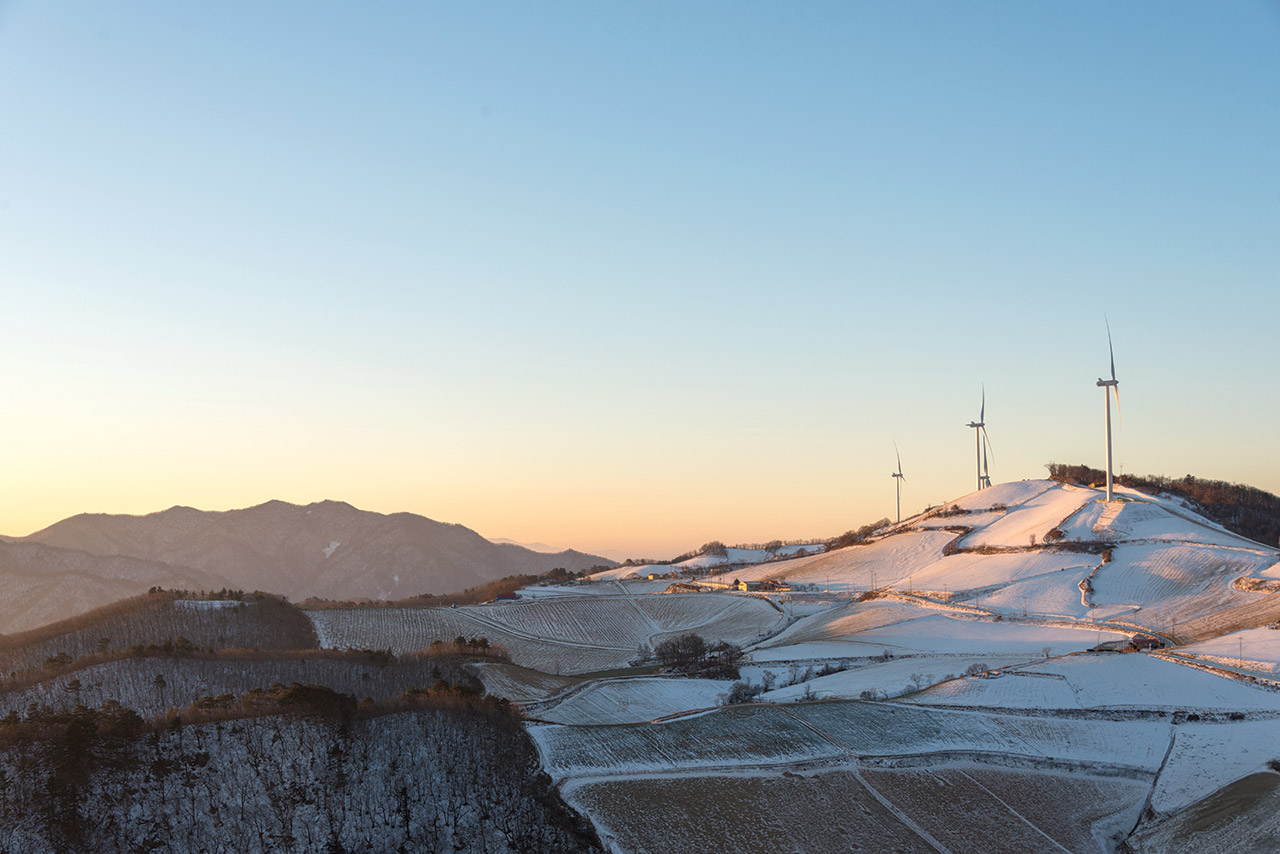 The PyeongChang 2018 Olympic and Paralympic Winter Games are finally upon us.

The host towns of Pyeongchang, Gangneung and Jeongseon embody some of what’s best about Korea, from the beauty of the region’s rugged, wind- and snow-swept landscapes to the richness of its local cuisine and the warmth of its people. The Olympic host region is big, the area encompassing two distinct areas: the highlands of Pyeongchang and Jeongseon and the lowland coastal strip of Gangneung. SEOUL introduces some of our favorite spots in both.

Starting the day right with a sunrise 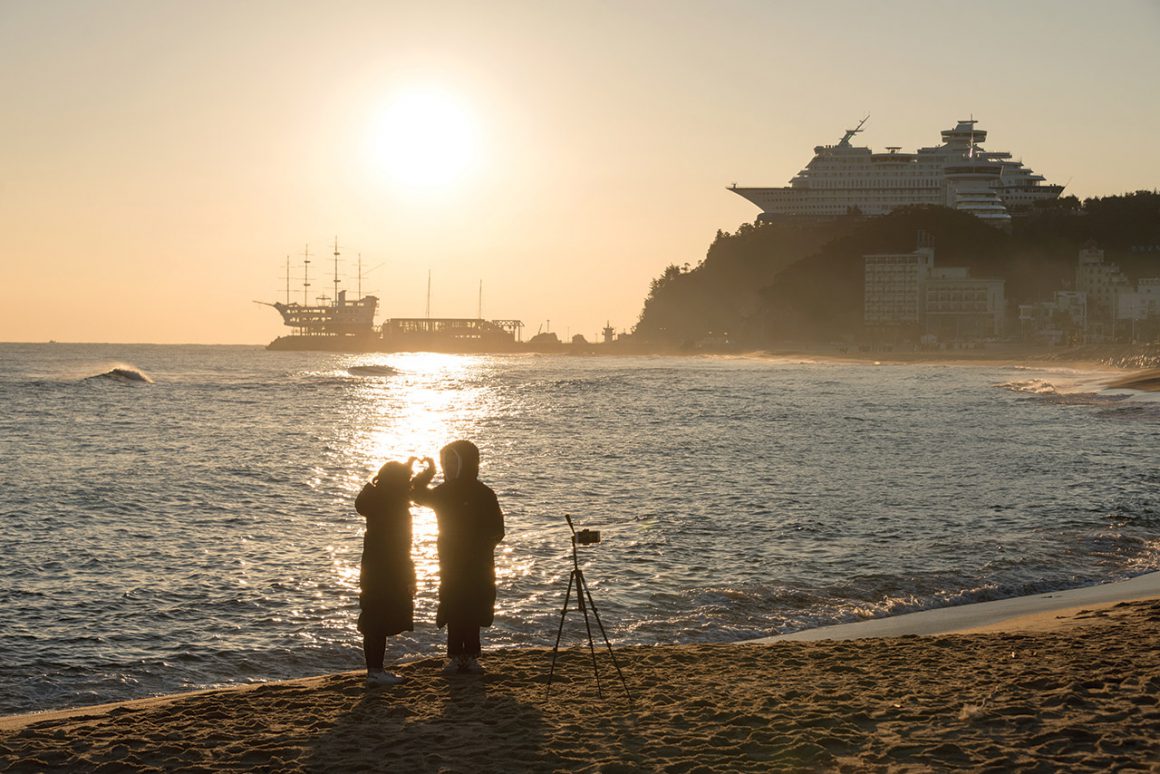 Facing, as the name would imply, eastward, the East Sea coast has plenty of spots to take in a sunrise.

But Jeongdongjin is probably the best known. And best loved.

Directly due east of Seoul, a fact clearly denoted in the village’s name, which translates as “Village Located Due East,” Jeongdongjin was once little more than a tiny mining community, a speck of a town serviced by a whistle stop on the Yeongdongseon Line, a station whose main claim to fame was being the world’s closest to the sea according to the Guinness Book of World Records. As the mining industry declined from the late 1980s, the region’s population decreased and the authorities strongly considered closing the station. In 1995, however, the station — looking forlorn, a solitary pine tree standing in the wind, waves breaking on the beach beyond — appeared in the popular television series “Sandglass.” Tourists began flocking to the station, and Jeongdongjin was reborn as Korea’s most romantic spot to catch the rising sun.

Tourism has changed Jeongdongjin quite a bit in the intervening two decades. Though the station, the pine and the waves still remain, the town has transformed from an almost forgotten stretch of beach into a popular travel destination with the obligatory cafés, motels and hotels, the most prominent hotel being the Sun Cruise Resort & Yacht, a behemoth shaped like a cruise ship perched on a hill overlooking the sea. On a weekend, visitors swarm the beach at sunrise, so much so that you might want to get there early if you’d like a prime patch of sand from which to watch, doubly so if you’re a photographer with a tripod. 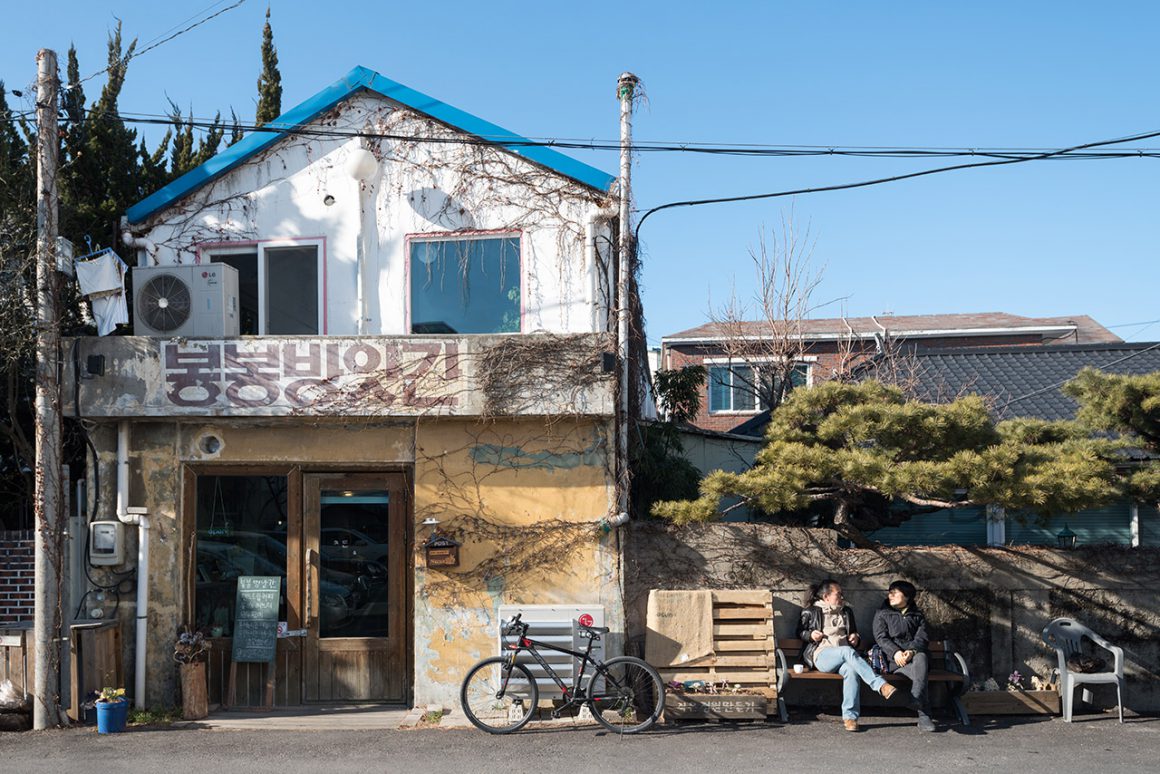 Don’t let the crowds and commercialization put you off, though. The sunrises over rocks and broiling sea are still breathtaking, and once the crowds dissipate after sunrise, you’ll have the place almost to yourself.

Still, Jeongdongjin isn’t the only sunrise spot in Gangneung. Much closer to downtown is Gangmun Beach, a quiet slice of sand just a short walk south of the better known Gyeongpo Beach, one of the country’s most popular summer destinations. On a weekday, Gangmun Beach is nearly deserted at dawn save for you, the sand, a lighthouse and a breakwater. 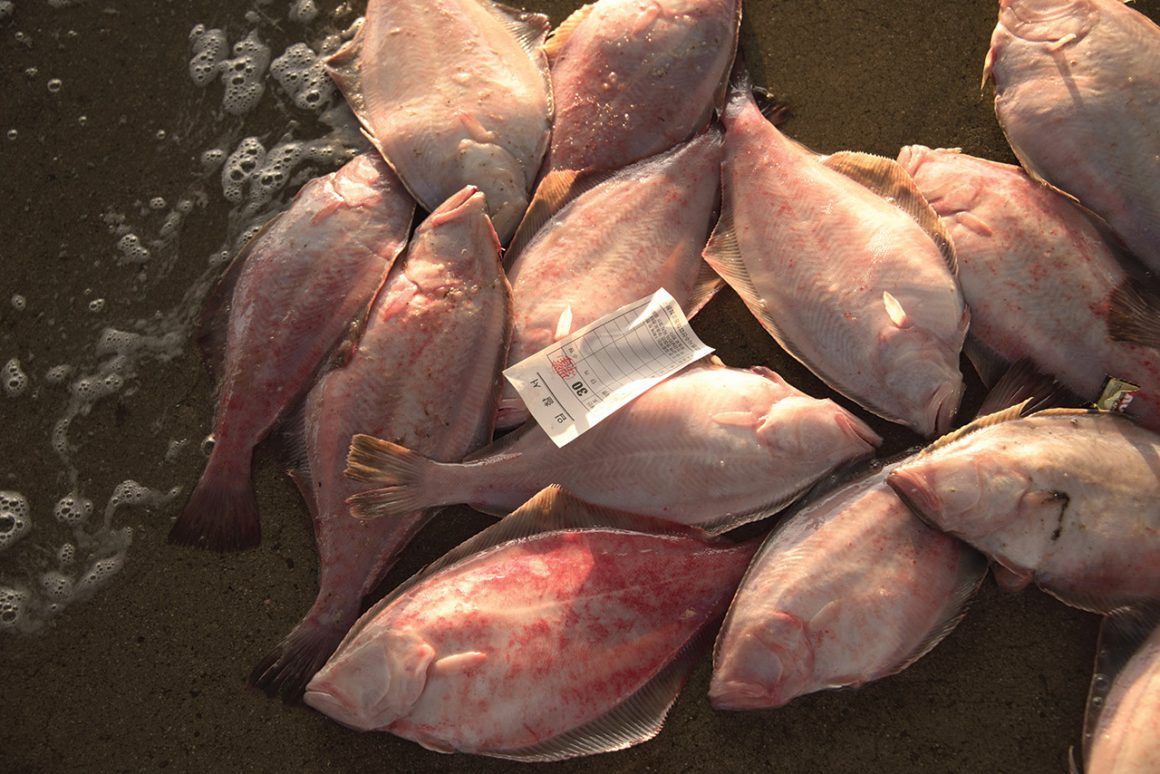 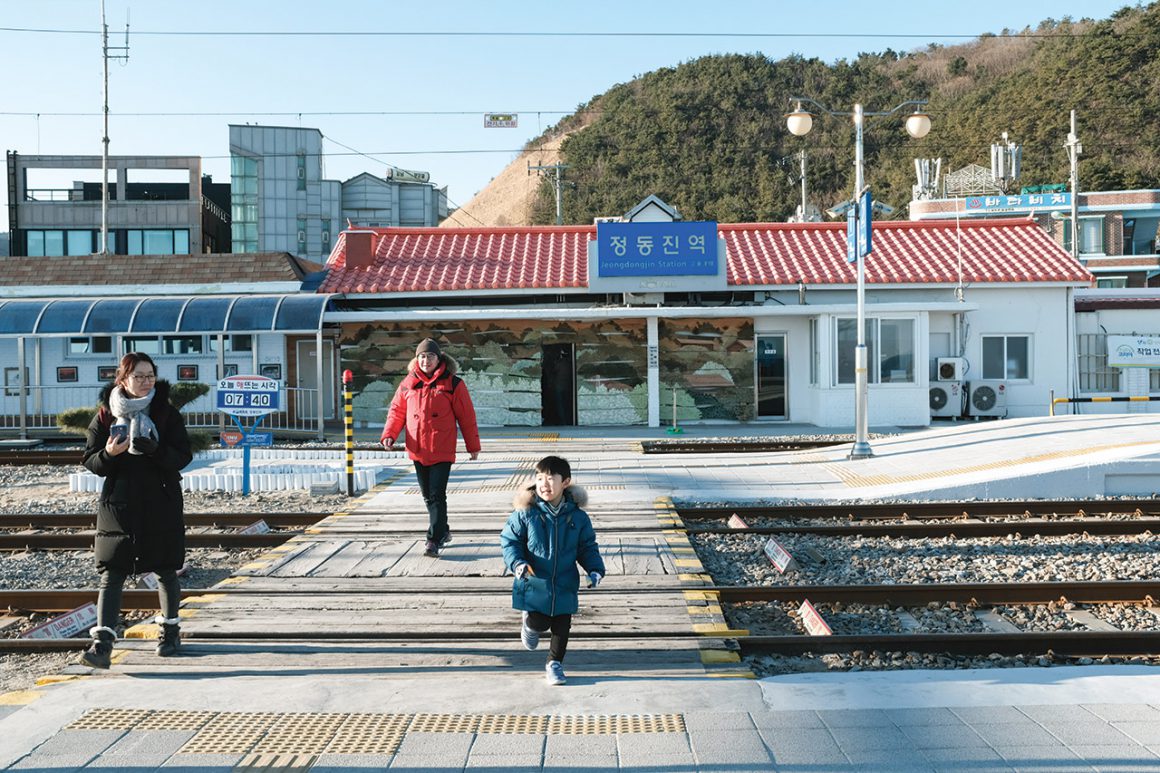 Moreover, a 15 minute’s walk from the port brings you to a beach with a series of lonely breakwaters battered by the crashing waves. Long known to few besides those living in the immediate vicinity, the breakwater beach became a hot destination after it appeared in the hit TV series “Guardian: The Lonely and Great God.” Indeed, immediately after appearing in the show, the breakwaters had lines of people so long that one friend of this writer likened the scene to the film “Dunkirk.” Fortunately, it’s nowhere near as bad now, and if you get there early enough, you might even have a breakwater to yourself — just don’t stand at the very end unless you want a face full of sea spray.

For centuries, the district of Myeongju-dong was the heart of Gangneung, the city’s administrative, commercial and cultural center, a heritage tangibly reflected in the neighborhood’s wealth of historical architecture, a collection that includes the Imyeonggwan Sammun, an old, simple gate from the Goryeo era and the oldest surviving wooden structure in the country. When Gangneung’s city hall moved from Myeongju-dong to a new home in Hongje-dong in 2001, however, the historic district began to decline, its homes emptying, its businesses closing, yet another example of urban decay.

Creativity has breathed new life into Myeongju-dong, though. The Gangneung Cultural Foundation has converted some of the district’s spaces into arts spaces such as the MJ Art Center, Sunlight Museum and Myeongju Sarangchae. The old alleyways, lined by vintage homes, now host festivals, concerts and flea markets, a cultural blossoming that has helped put the neighborhood on the social media map. The Korea Tourism Organization made Myeongju-dong’s “hip” status official when it included the community on its list of places to go for the month of October 2017, praising it as a model of urban renewal. 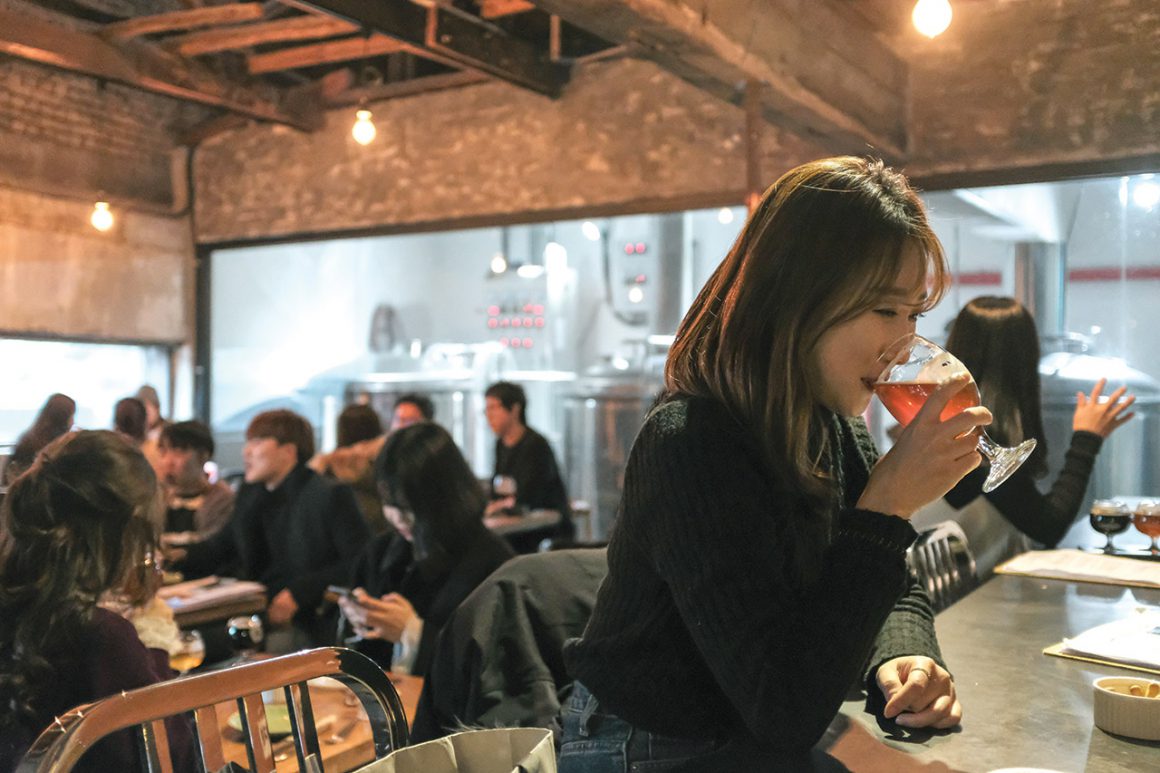 No place better exemplifies Myeongju-dong Chic than BonBon Roastery, a café founded several years ago by four film professionals. The café, a renovated mill from the colonial era, exudes cool, the décor vintage and minimal, the publications and crafts on display independent and locally made. Jim Jarmusch looks at you from a poster on the peeling concrete wall. In addition to serving excellent poured-over coffee, the café hosts art exhibits, concerts, film screenings and other events.

A short walk from Myeongju-dong is Budnamu Brewery, yet another piece in the growing mountain of evidence of Gangneung’s emerging coolness. The pub, a renovated 40-year-old makgeolli brewery, brews craft beer in house in vats visible behind plate-glass windows. It also serves side dishes prepared from local ingredients.

Getting high in Pyeongchang

No, it’s not what you think.

The host of the opening and closing ceremonies of the 2018 PyeongChang Games and the site of many of the mountain-based events, Pyeongchang has adopted the nickname “Happy 700,” a reference to the county’s average elevation of 700 meters above sea level. This rugged highland of towering peaks and alpine plateaus can be as daunting as it is beautiful. The heights and the winds coming off the nearby East Sea make it one of the coldest places in the country, with wintertime temperatures often falling well below freezing. The mountains, winds and sea also conspire in dumping heaps of snow on the community, especially in the Daegwallyeong, a highland ridge that separates the lowlands of the coast from the mountains of the interior. In the old days, the snows would sometimes make the roads here impassible, though improvements to the transportation network have made such closures rare.

Cold and snowy it may be, but the Daegwallyeong is also a place of great scenic splendor, precisely because it is so cold and snowy. In the mountains, the wind and snow produce surreal “wind flowers,” or nunkkot, icy coverings that drape the nude branches of trees like windswept tunics. The highlands also host wind farms and several large ranches such as Samyang Ranch and Haneul Ranch, both of which provide stunning views of the surrounding mountains, of the seemingly never-ending ridges receding into the horizon. Daegwallyeong Sheep Ranch, near Daegwallyeong Rest Stop, is photogenic and easily reached. Warm yourself up after with a cup of coffee at Café 15 near the rotary in Hoenggye-ri. 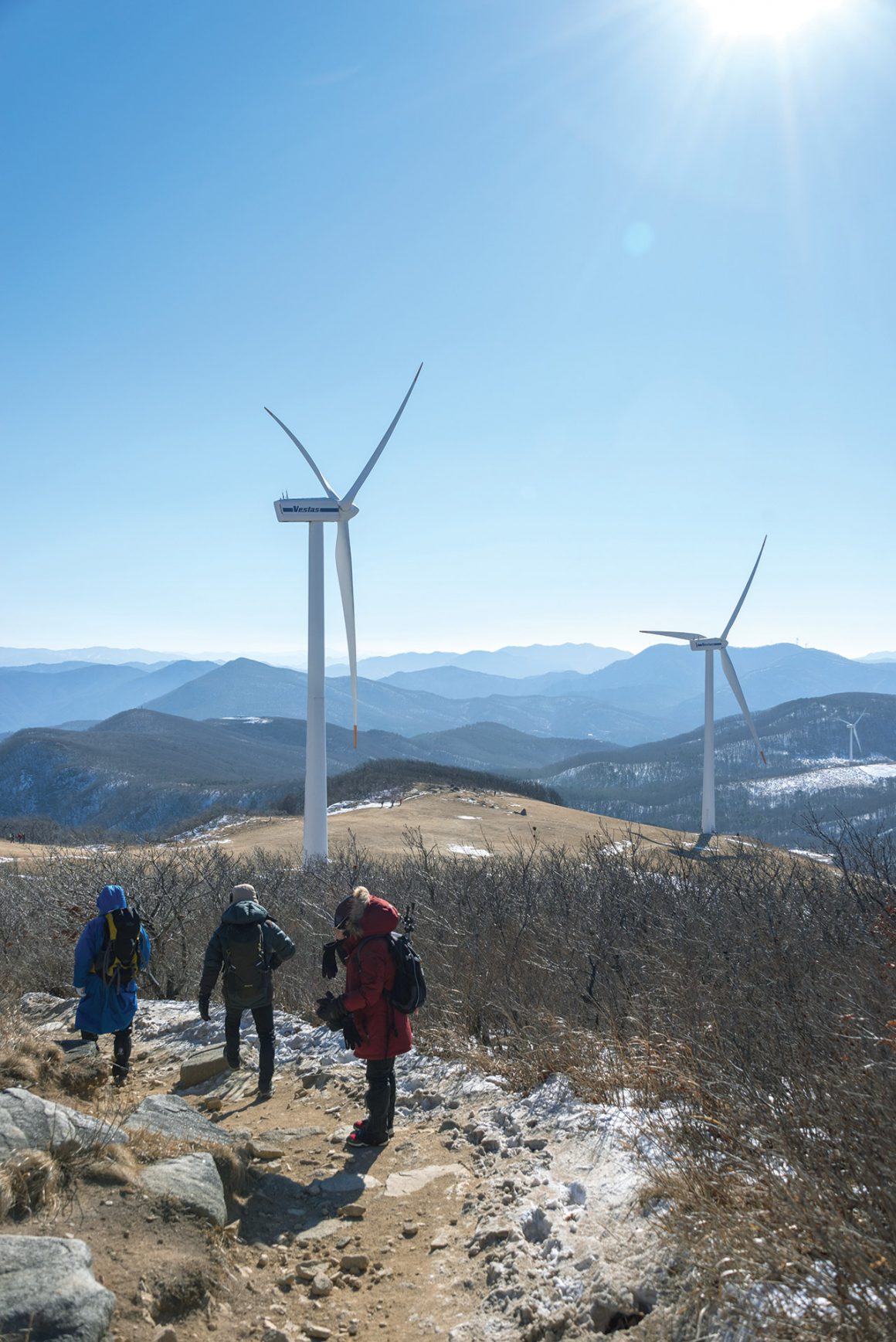 To take in the Daegwallyeong properly, challenge yourself to the Seonjaryeong, a ridge that takes you to a 1,157-meter height overlooking Gangneung and the East Sea. Since you start the hike at 800 meters, it’s not the ascent about which you should worry. What you should prepare for is the snow, wind and cold. It’s a five kilometer hike through biting cold, often deep snow and winds so powerful that even this writer/photographer — a large mammal by anyone’s definition — sometimes found it difficult to move forward. Dress appropriately, and crampons are a must.

If you’re a glutton for punishment, try the Olympic Aribau-gil, a hiking trail taking you 131.7 kilometers through the wilds of Gangneung, Pyeongchang and Jeongseon. The trail takes hikers through some of Gangwon-do’s most beautiful stretches of scenery, introducing the region’s rich history and heritage along the way. It’s no walk in the park, however, and if you’re going to do it in winter, go prepared.

STAY> The best assortment of accommodations is in Gangneung. Particularly recommended is Haslla Art World (www.haslla.kr), a boutique hotel overlooking the sea. The Alpensia Ski Resort is a great place to stay, too, although it may be booked out during the Olympic period.

EAT> See the Dining section for info on what to eat in Gangneung and Pyeongchang.

GO> High-speed trains now take you from Seoul Station to Gangneung in less than two hours.