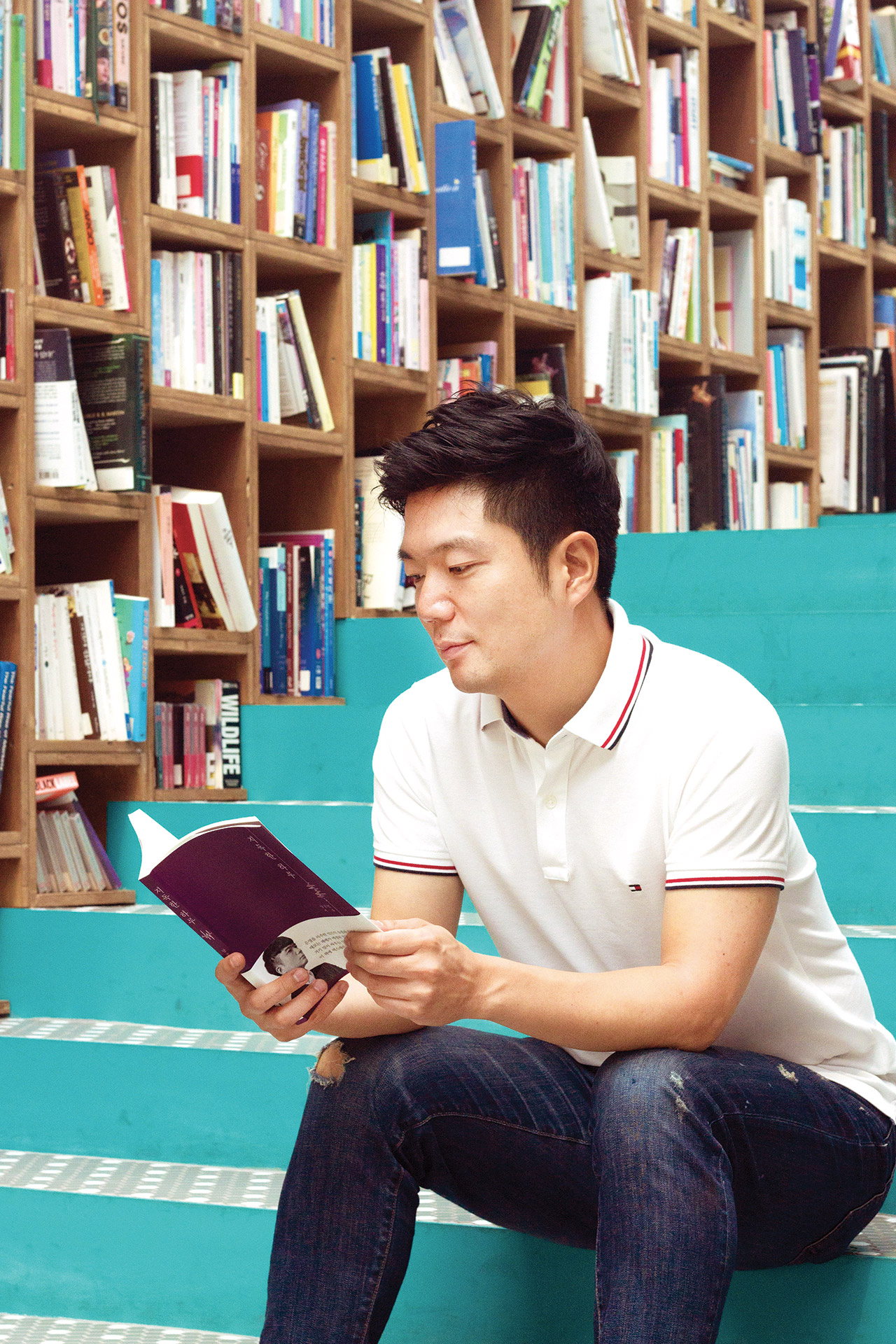 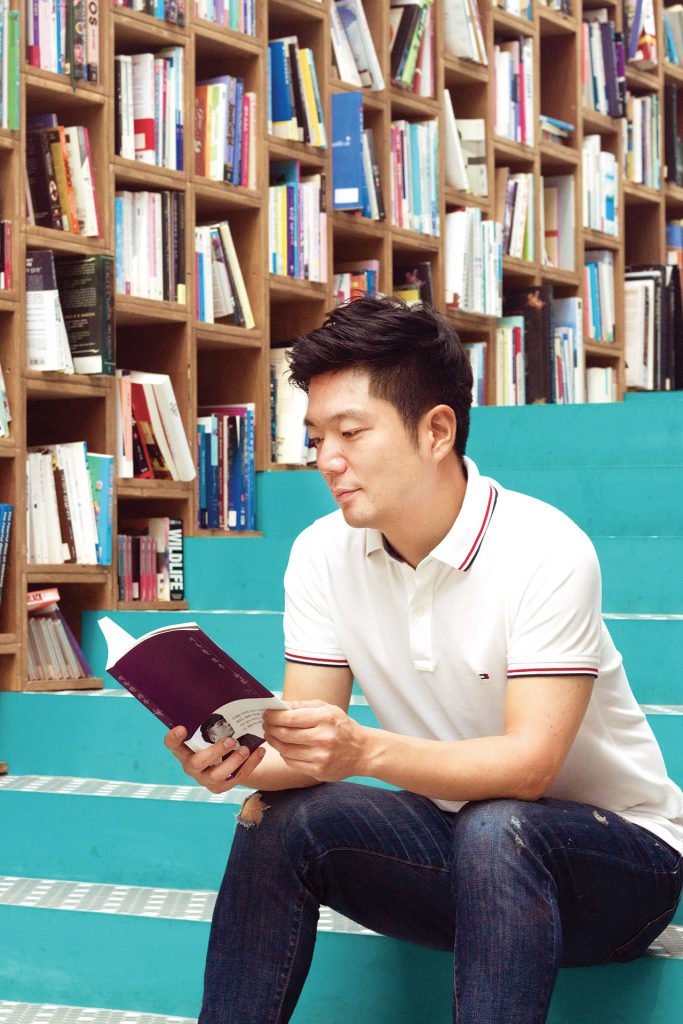 Through his writing, doctor and author Nam Koong Ihn brings healing to his readers … and to himself

Nam Koong Ihn heals with his pen as well as his scalpel. A clinical assistant professor in emergency care at Ewha Womans University Medical Center, he is also the author of two commercially acclaimed books, “There Is No If” and “A Vicious Day.”  His emotionally poignant diction and suspenseful depictions of life in a hospital emergency room, based on true life incidents, have captured readers’ hearts. His first book, “There Is No If,” released in July 2016, is still a best-seller. His second book, the recently released “A Vicious Day,” is moving up the best-seller charts as well.

Though Nam’s writing career may have officially begun with the release of “There Is No If” in 2016, his accounts of life as a doctor grew popular years before thanks to social media. Working as a resident doctor of emergency medicine at Korea University Medical Centers around the country and, later, as a public health doctor at Chungnam Fire Service Headquarters, he regularly posted his experiences and observations  on Facebook. “My friends read it mostly – until a full length post I wrote in May 2013 about a frustrating experience I had in the emergency room,” he recalls. “Over 1,000 people liked it.”

Indeed, to his legion of online fans, the first sentence of his breakout post, “There hasn’t been a cardiothoracic surgery resident in our hospital for many years,” has taken on the legend of “Call me Ishmael.” Doggedly sharing his writing, he built a robust online following. In 2016, a post titled “Legendary Doctor Training Ground” went viral on local humor forums, a fortuitous event as he was soon contacted by a publisher regarding a potential book deal. Since then, he has shared over 1,000 posts on Facebook, where he currently has over 29,000 followers, and his Naver blog.

Nam says he’s wanted to be a writer since he was young. This desire evolved naturally, even as he began a career in medicine. “I’ve always loved writing,” he says. “But I scored better on math in high school, so I naturally went the science route and then to medical school. Even as I prepared to become a doctor, I continued to write.”

Nonetheless, Nam’s unusual background as a medical professional impacted his writing. “I originally wanted to write belles-lettres about the human condition. I was able to express this literary interest through my expertise as a doctor, and my dream to become a writer naturally became a reality.”

Nam’s two novels document real-life episodes in an emergency room. To protect the privacy of patients, he merges true life and the imaginary to create what the writer calls “faction,” a portmanteau of “fact” and “fiction.” In his work, he observes the world from an uncommon perspective, namely, that of a depressed doctor. He attributes this viewpoint to an episode he experienced early in his career. “A young woman with leukemia came in that day. She only had two years left to live,” he recalls. “I asked the doctor in charge about her situation, and he was so calm. He didn’t even know why I was so concerned. These situations are so common, but I couldn’t shake off my sympathy for the patient’s misfortune.”

In the emergency room, Nam is like any other doctor, caring for patients in a seemingly chaotic atmosphere where life coexists with death. Even to a professional, frequent encounters with tragedy and death can be overwhelming. Because of this, doctors often become emotionally insensitive, an unavoidable and perhaps even justifiable development. Otherwise, the mental and emotional burden would be unbearable. “Working at the emergency room is my job, but it’s terrifying every time,” he says. “I let myself forget to continue my work. It is when I return home that I revive the tension and tell those stories.”

Nam’s work revives emotions suppressed during his proverbial day job, expressing them through his characters. His writing process requires immense concentration and emotional depth. “I must multiply my experience of sorrow in order to convey a single drop to the reader,” he explains. “If I don’t feel these emotions fully, it’s hard to deliver them to my readers.”

He maintains the tension through the dark of the night, resurrecting forgotten memories. “I turn off the lights, stare at the screen and try to feel the emotions in an exaggerated way,” he says. “Then the words flow naturally from my body, not my mind.”

While his medicine heals others, his writing heals himself. “Writing is a tool I use to expand and express my emotions,” he says. “I release and empty out my feelings through writing. Though my body is tired when I finish, I feel lighter.” 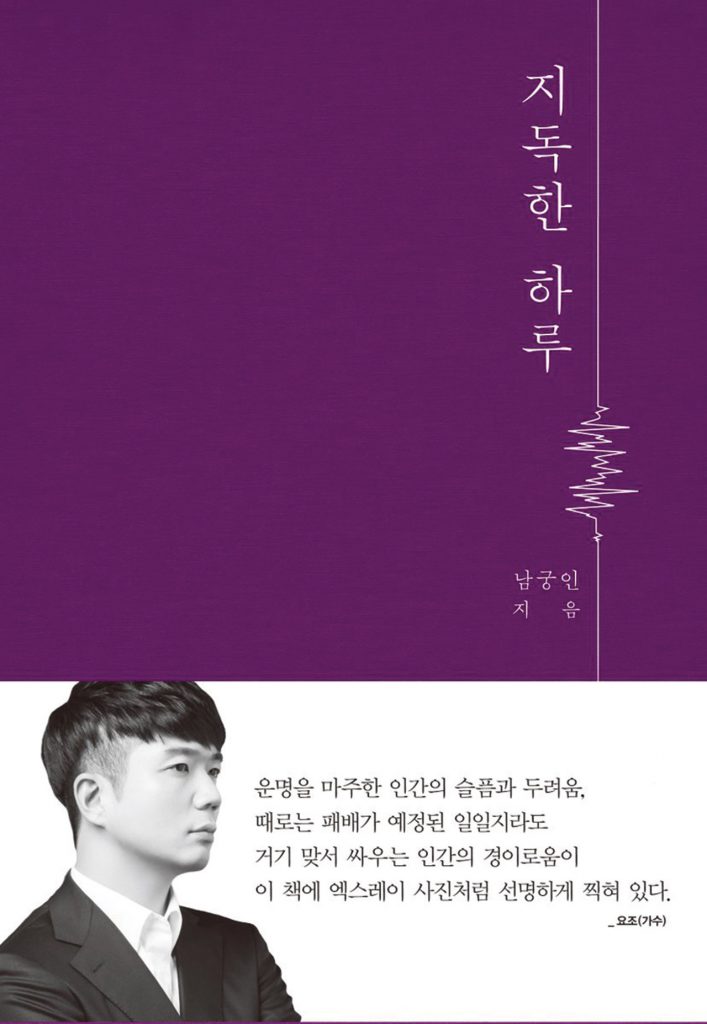 Doctors who write are common enough in Korea. Nam, however, brings a fresh perspective. “Before, doctors wrote from their point of view about patients. Very few wrote about themselves as human,” he explains. “I write from my persona as a depressed doctor, however. So my perspective is refreshing, and readers consider my work to be a new genre.”

He adds, “Writers who want to write about life and death can usually do so only based on interviews. I, on the other hand, am a doctor, but I also write. I became a writer by talking about my profession and my medical knowledge.”

Nam’s books stand out in contrast to other best-sellers under the essay category in Korea. While other top-listing essay writers cover optimistic topics about healing and happiness, Nam zones into human depression and trauma. His contrasting perspective makes his story one worth reading. What also sets him apart is his skill in conveying the doctoring experience in language that is easy to understand. He includes explanations of medical terminology, explanations that doctors do not need, but general readers certainly do. “Before, doctors didn’t write so that the public could understand. I use medical terminology in a way that the general reader can comprehend,” he says. “That kind of writing is uncommon, so my readers are thankful.”

Nam will continue to write from the heart and empathize with his patients’ tragedies. “At the end of the day, I’m telling my own story,” he says. “I also feel a sense of responsibility, though, as I share stories about my patients. I think deeply about what kind of social messages I want to share. I want to create more opportunities for me to speak and share in positive way.”