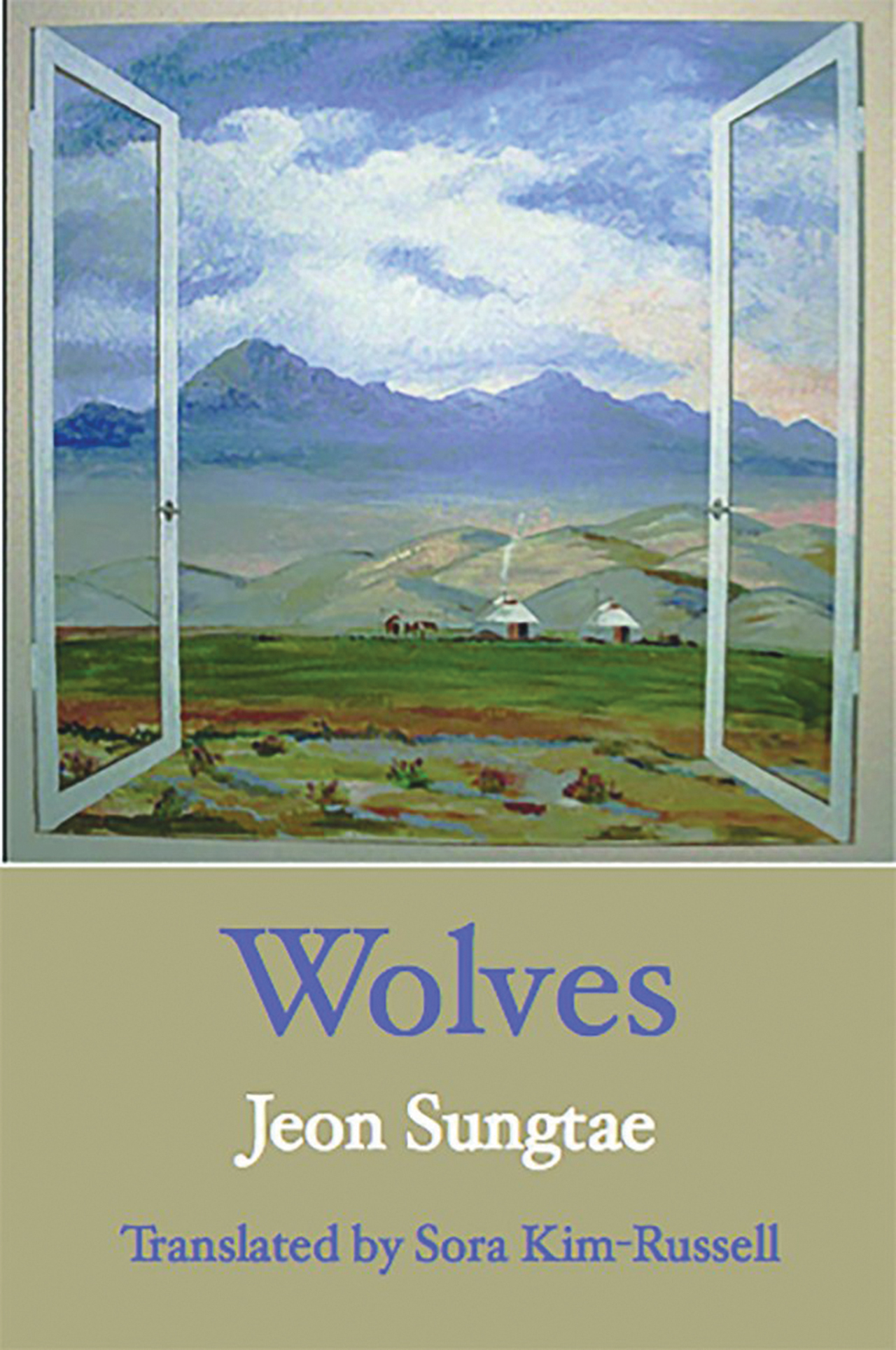 As Korean modern literature developed across the previous century it featured, often for very practical reasons, a strong tendency to focus on internal Korean issues. Even if a story was to stray across the ocean to Japan, or above the border to Mongolia, the journey was always taken in order to point out something related to internal Korean development and regional politics.

In the last 25 years, moving from Kim In-Suk’s “The Long Road” (Australia) to Cho Chongnae’s “The Human Jungle” (China, but with a completely multicultural cast of characters), this horizon has expanded considerably. Characters of all sorts and in all places have begun to inhabit Korean fiction.  The latest translated contribution to this expansion is Jeon Sungtae’s “Wolves,” a collection of ten short stories. “Wolves” centers on Mongolia, in the liminal area between city and steppe, modernity and anti-modernity, national and international, socialist and capitalist. In fact, six of the stories take place in Mongolia. Even more expansively, the well-portrayed characters include Koreans, Mongolians and other nationalities, most of whom struggle with issues of self-identity, meaning, and work.

The first story is named “The Magnolia.” The Magnolia is a Korean restaurant in Ulaanbaatar, seemingly modeled on the famous chain of North Korean “Pyongyang” restaurants scattered across Asia. Here characters discuss life, philosophy, politics and occasionally even Korean literary figures. Drunken Korean tourists, high on alcohol or God, are introduced and dissected. In relatively few words, Jeon manages to portray entire sub-cultures.

Most of these stories have, as one of their motors, economic survival. In “The Magnolia,” the narrator talks of both his and the restaurant business.

In “Wolves,” the narrator finds he “can feel my soul slowly falling apart,” as a Korean customer begins to wear him down. “Wolves” is recounted by multiple narrators, and one, “The Monk,” summarizes Jeon’s take on getting by in a liminal land, “I have realized that the dharma is a compromise…” As “Wolves” ends, the plot tightens and in increasingly short segments builds tension to nearly unbearable.

The other stories are excellent. “Southern Plants” explores South Korean worry around defection. “Korean Soldier” neatly outlines the otherness and impotence a “foreigner” can feel in another country. The narrator of “The Second Waltz,” a Mongolian woman named Nyami, is hobbled by romanticized and controlling images of women that date back to Mongolia’s socialism. “Chinese Fireworks” presents a Korean pastor’s on-the-ground interaction with Mongolia’s modernization, as he accidentally becomes an important part in the economic life of local homeless children. “River Crossers” is a tragic defection story. “Has Anyone Seen My Shoes?” shows bawdy overdrinking, a kind of bigamy and two shoes. “Kids Need Money Too” is obviously autobiographical, and “Imitayshun” begins as an amusing story about the dance between a mother, principal, and foreign hagwon teacher. What begins in a humorous pas de trois resolves in issues of self-meaning, ethnic identification and, of course, work.

Sora Kim-Russell does her typically excellent translation. Considering a school principal, a character reports, “All the employees said working there was easy as long as you could dodge her fastballs.” You can’t describe it much better than that, and all of the translation is literary and accessible.

“Wolves” is intricately and carefully plotted. Jeon uses his microscope, zeroing in on very particular characters and events, to create an impressionistic and impressing overview of Koreans, Korean-Mongolian relations and even international trends, in a series of very well-constructed, well translated and entertaining stories.

The (Re?)Rise of the Idol Band
Scroll to top
댓글 로드중...