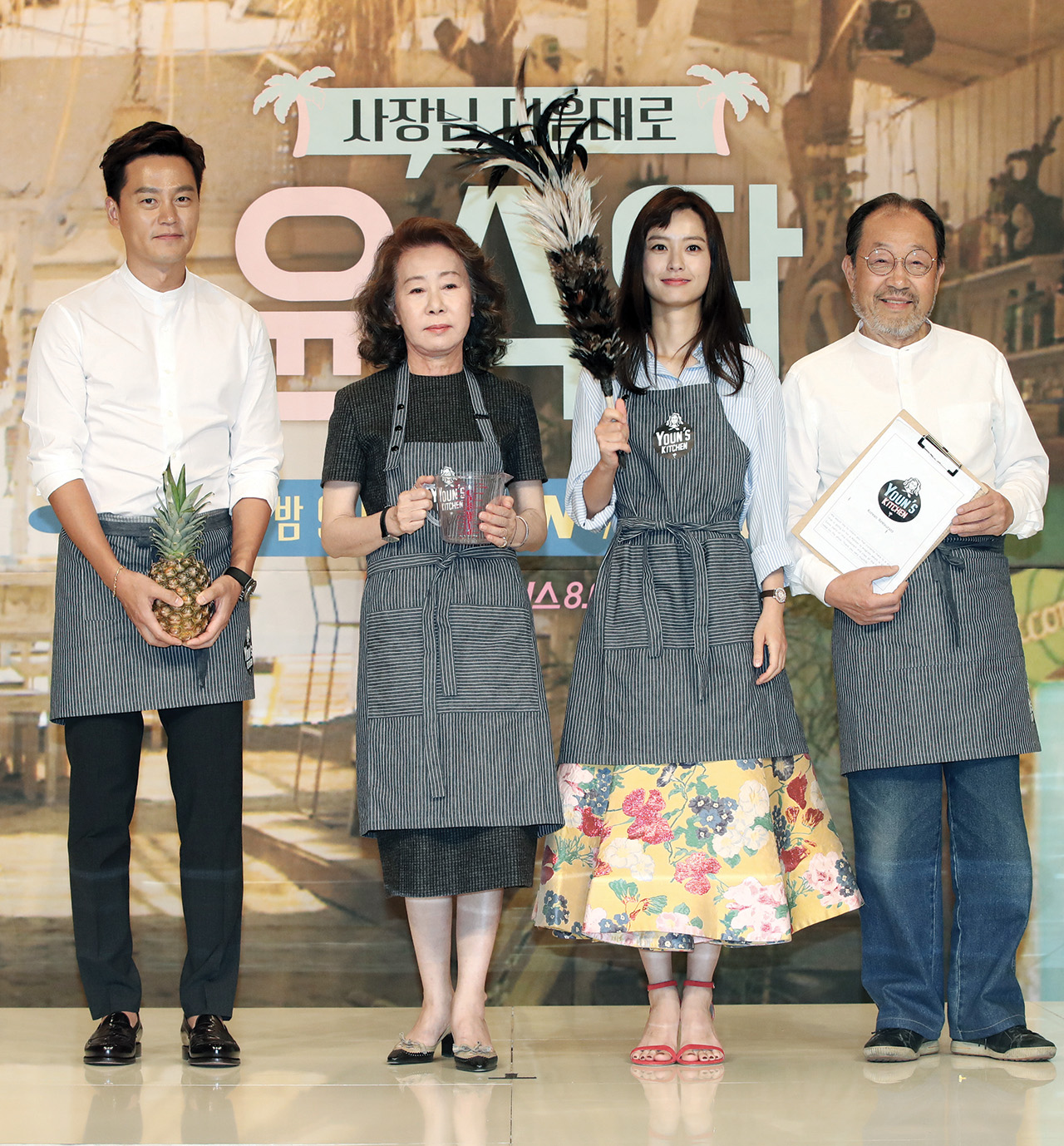 “Youn’s Kitchen,” another Na Young-seok’s project, ended on May 19. The nine-episode show, starring Youn Yeo-jung, Jung Yu-mi, Shin Gu and Lee Seo-jin, focused on the four running a Korean restaurant in Bali for about 10 days. Na Young-seok, one of the top TV producers in Korea, directed several hit shows, including the “Flowers” series, which followed actors traveling abroad; the “Three Meals a Day” series, showing the cast making their own meals by themselves to survive in rural villages; and “Newlywed Diary,” starring a newly-married celebrity couple to show what a real marriage looks like.

When it was first announced that Na Young-seok’s new reality show was about opening a Korean restaurant in Bali, some people cast doubt on the show’s success. “It struck me as one of those shows,” said Kim Hyun-jeong, an office worker in her thirties. “It was because I thought the idea was basically food and travel, which have been a big trend for a couple of years now.” Besides, many wondered why Na Young-seok picked Lee Seo-jin again, after going with Lee on “Grandpas Over Flowers” and “Three Meals a Day.” “Lee is just so useful in many ways,” said Mr. Na during a press conference announcing his new project. “He studied business and speaks English. And every time I start a new show, he has nothing to do.”

For all the concerns, “Youn’s Kitchen” proved to be quite a success. It started off strongly, with a viewership rating of 6.2 percent for its first episode, according to Nielsen Korea. The show recorded its peak viewership rating of 14.1 percent with its sixth episode, the highest rating in its time slot. “I could live a dream life as I watched the show,” said Kim, who was previously skeptical about the show but later turned into its fervent fan. “If you’ve ever been to Bali, you can’t stop thinking about living there. It’s a great place where you don’t have to rush anything.” Indeed, many critics say the secrets behind the show’s popularity might be the vicarious satisfaction that viewers could get. As “Youn’s Kitchen” depicted a slow life in Bali, which stood in stark contrast to a hectic life in Seoul, more viewers were attracted to the show, imagining how their life would be if they lived on the island.

Some point out that Na Young-seok’s success derives from the food and travel theme, which never fails on Korean TV. Many of his fans have different ideas, though. “If you make a cup of fruit juice, you need fresh fruit,” said Kim, when asked how she thought about the star producer. “But you also need to know how to mix them. I think he knows how to make a tasty juice, and I have confidence in anything with his name on it.”