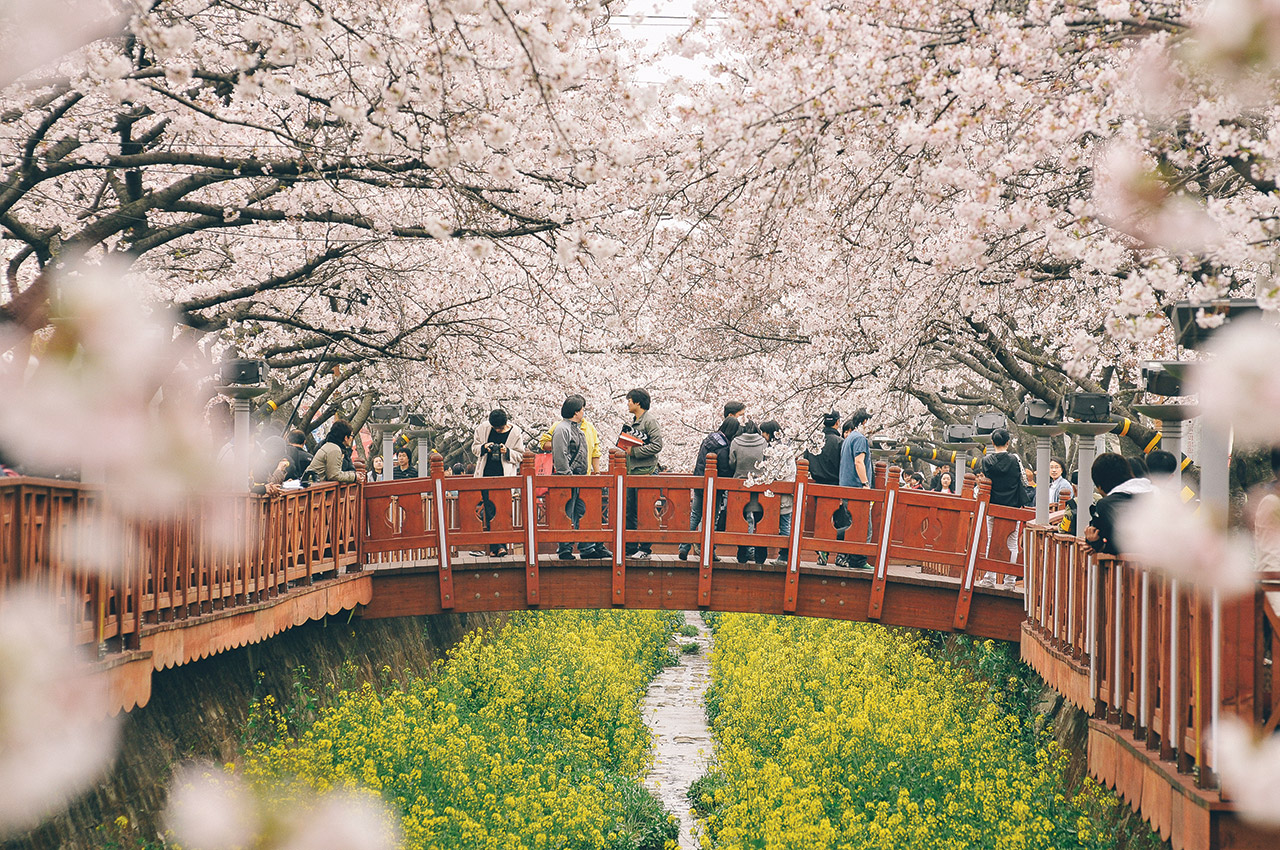 Treasures of nature and culture lie beneath Changwon’s industrial façade

As you breathe in the fresh morning air, the sun rises over patches of reeds and calm water. Surrounded by sounds of nature and birds flying in formation overhead, you realize that nature is revered here. Junam Reservoir is the largest migratory bird sanctuary in Korea. Every autumn, numerous bird species come to spend winter in the idyllic conditions that the reservoir provides. With its lush greenery and tranquil surroundings, it is hard to imagine that you are actually in a place that is considered a heavy industrial city. Welcome to Changwon.

Changwon, capital of the province of Gyeongsangnam-do, is the eighth most populated city in Korea. It is located on the southern coast of the Korean Peninsula, with Masan Bay as its seaboard entrance. While the city is a hub for many major players in heavy industry, it also takes pride in its efforts to harmonize technology and nature. In 2010, Changwon merged with surrounding cities Masan and Jinhae to create Unified Changwon City. This not only increased the city’s urban area, but also brought the unique charms of each city together.

Changwon, whose name originates from the Chinese character meaning “bright,” has a long naval history due to its strategic location. In the 11th century, the Mongolians used Masan’s harbor as a base to launch their invasion of Japan. In the late 17th century, the port opened to trade in salt, fish, cotton and other goods. More recently, Changwon became an industrial and residential city in the 1970s, as well as the provincial capital. The district of Jinhae-gu is home to both Korean and American naval bases, as well as the Korean Naval Academy. It was also a former Japanese naval base during the colonial period. However, Jinhae is best known as home of the biggest cherry blossom festival in Korea, the Jinhae Gunhangje. Every spring, over a million people visit Jinhae to see the blooms that paint the town pink and white. Yeojwacheon Stream and the Gyeonghwa Train Station are two of the most popular areas for the Jinhae cherry blossom experience. Expect heavy traffic during the 10-day festival.  For many, the trip is surely worth it to see the thousands of cherry blossom trees in full bloom all over the city, not to mention the cultural and military performances that take place during the festival.

If you’re not one for crowds, Jinhae has some quieter charms to offer all year round. Wander the old neighborhoods and side streets around the Jungwon Rotary and you will be transported back in time. Many examples of early 20th century architecture can be found around the city. From Jinhae Train Station of the 1920’s, to the Japanese tenement building on Jangok Street, one can’t help feeling the history surrounding this sleepy naval town. The most prominent of the old buildings is Jinhae Post Office. Built in 1912, this Russian-style building is still in use by the postal service. Jinhae is best explored on foot. Aside from the historical architecture, visitors have plenty of options for restaurants, bars, and cafes. One place you won’t want to miss is Heukbaek (“black and white”) Coffee Shop. Opened by painter Yoo Taek-ryeol shortly after the end of the Korean War, this dabang – an old-school Korean coffee shop or tea house – has stood the test of time. Currently managed by Yoo’s second daughter, pianist Yoo Gyeong-a, Heukbaek Coffee House is not just a place for great coffee, but it is also a space for classical music performances and art exhibitions.  Much time has passed, but Heukbaek Coffee Shop’s rustic charm still remains. Located in downtown Masan, Chang-dong Art Village is home to a wide variety of of workshops, galleries, restaurants, cafes, studios, tailors and more. Originally opened in 2012 to rekindle business in the declining downtown area, the once-empty town has been transformed into a trendy, urban art village. Chang-dong Art Village has helped revive Masan’s old glory through “urban regeneration through the arts.” People can visit the studios and galleries of up-and-coming local artists.  Many visitors also enjoy the many photo opportunities provided by the murals and colorful decorations that can be found all over the village walls and alleyways. You can also experience a wide variety of arts and crafts activities, such as painting, wood art, soap-making and wall mosaics. This makes Chang-dong Art Village an attractive destination for young and old alike. Adjacent to the Chang-dong art village is Sangsang-gil (“Imagination Road”), where 23,000 people from all over the world have their names engraved on the sidewalk, as well as the Burim Traditional Market. The representative dish of Changwon is agujjim, also known as agwijjim. Originally from the fish markets of Masan, agujjim is a steamed dish made with the agwi fish, or the black mouth angler. The agwi used to be discarded for its ugly appearance, but local fishermen asked cooks from the market eateries to come up with a recipe for the unattractive fish. The fish has a rich flavor and pleasant, chewy texture. Agujjim really took off as a popular delicacy as fish became more scarce during the late 20th century. These days, agujjim is well-known all over Korea. In Changwon, the Odong-dong district is the place to get this spicy and refreshing dish. A city of industry, nature and art

Industry is the lifeblood of this city, but it still manages to stay in touch with nature. Enjoy a hike up Mt. Muhaksan for stunning views of Masan Harbor, as well as azaleas in spring. A short drive away is Bongam Reservoir Basin, where you can enjoy a nature walk with picturesque surroundings. For museum lovers, Changwon has several notable museums such as the Moon Shin Museum and the Changwon City Museum. For coffee lovers, Changwon also has its own version of Seoul’s Garosu-gil near Yongji Lake, where there are plenty of cafes, galleries and performance spaces.

STAY> Changwon has plenty of accommodation options, from 5-star hotels to Airbnb’s. Since the metro area of Changwon, Jinhae and Masan is quite large, just pick the area you would like to be closest to and search for options in that area.

EAT> Agujjim is Changwon’s representative dish, and Odo-dong in Masan is the place to get it. There is literally a street called Agujjim-gil and there you will find dozens of restaurants that specialize in the tasty dish.

GO> By train, you can take the KTX from Seoul Station and stop at Changwon Station, Changwonjungang Station or Masan Station (travel time: less than 3 hours). By bus, you can travel to either the Changwon Bus Terminal or the Masan Bus Terminal (travel time: at least 4 hours).  Once in the city, local buses and taxis are the way to get to all the destinations mentioned here.

Neat or on the Rocks

Bringing Korean to the World
Scroll to top