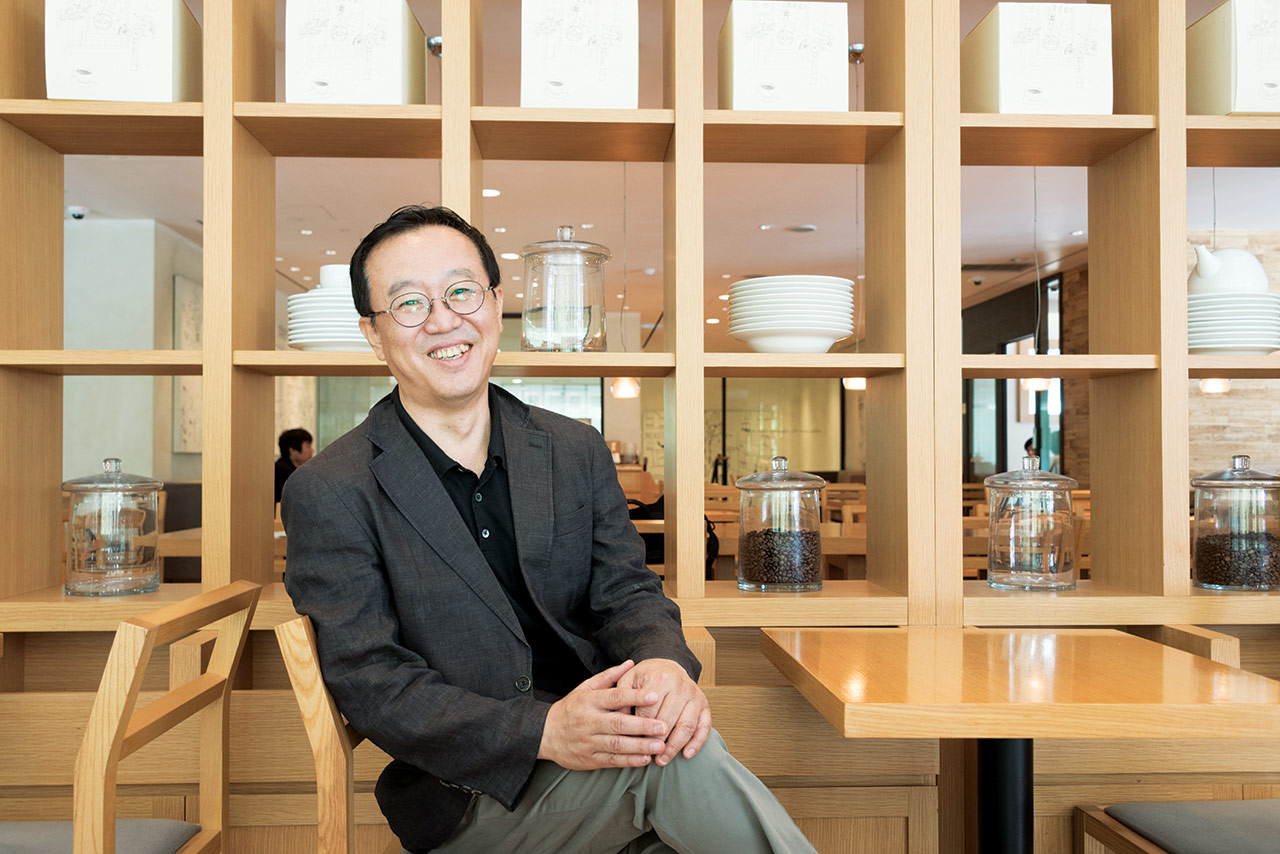 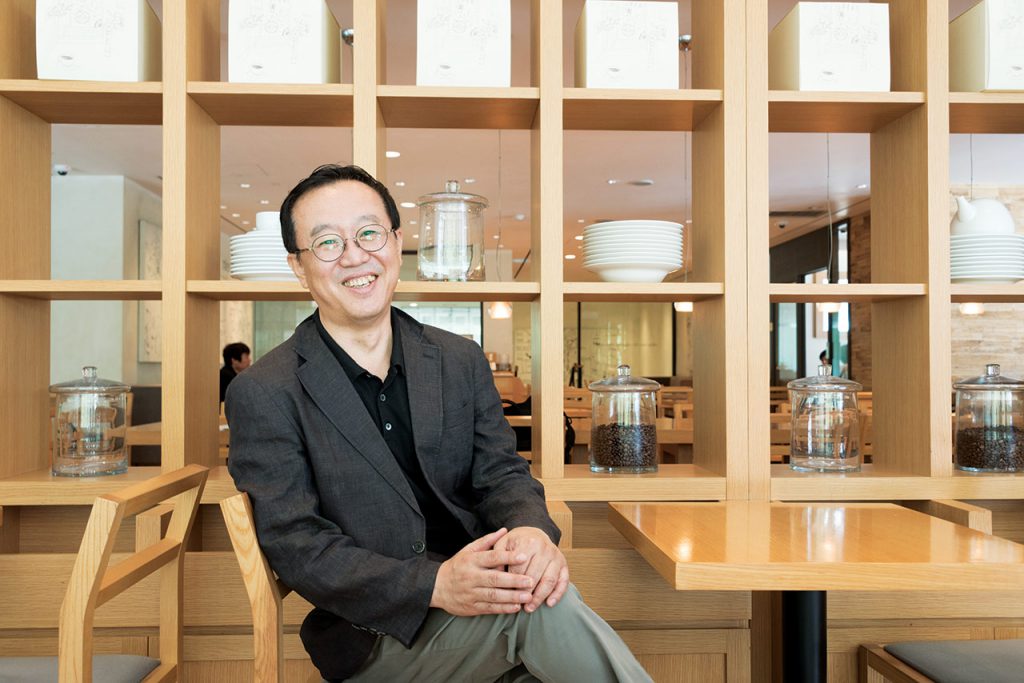 Westerners have been writing books about China since at least the time of Marco Polo. What need could there possibly be for yet another English-language book on China? One written by a Korean, no less?

In the recently released “Five Keys to Understanding China: A Samsung Veteran Shares How To Succeed in China,” Dr. Ryu Jaeyun uses his extensive experience in China, his academic background and his cultural background as a Korean to bridge the understanding gap between East and West. “There have been many books that discuss the difficulties people have had doing business in China,” he says. “But none have made the connection between what Chinese do and internal concepts or ideologies.” Chinese or American scholars in America haven’t seen what’s happening on the ground in China, while foreign business people in China don’t necessarily grasp the deep roots or philosophical basis of Chinese behavior. “I’m a businessman with a Ph.D, so while I might not stack up against a pure scholar in terms of academics, as a businessman, I think I have a certain role to play.”

One of Korea’s first China hands

A graduate of Seoul National University’s Chinese language and literature program and the first South Korean citizen to graduate from Tsinghua University’s Executive MBA program, Ryu is one of Korea’s most widely respected experts on China. Samsung Display Devices – now display giants Samsung SDI – first sent him to China in 1989. He ended up spending over 20 years in country with Samsung, serving as a roving troubleshooter and corporate diplomat. He even served as a point man for what was, at the time, the largest merger and acquisition in the history of both Samsung and China.

Even regional experts can suffer culture shock, however. While you might think the cultural commonalities between Korea and China might soften that shock, in fact, the similarities sometimes made the surprises worse. “In fact, when I meet Americans, I understand whatever they do as being within their own culture, as being based on an American standard,” he explains. When Americans speak to social superiors in a relaxed manner, for example, Koreans excuse this as being the American way, but when Chinese do it, Koreans think they are being offensive. “Because Koreans think they understand China, however, when Chinese people do something Koreans don’t expect, they think they are rude, loud or lacking in public ethics…In this regard, I suffered many culture shocks, too.”

‘Didn’t our parents and grandparents do this in the past? If you think like this, it’s very easy to understand China.’

Given the importance of Ryu’s position, he worked hard to understand China on its own terms. He found it easier to understand China if he compared its society to that of his parents and grandparents, who grew up in a Korea that was much less Westernized. He says, “Didn’t our parents and grandparents do this in the past? Wasn’t it like this in the countryside in the past? If you think like this, it’s very easy to understand China.” This also has the bonus of allowing Korean scholars such as Ryu to explain China to a Western audience in a way they’ll understand. “Chinese people are too used to themselves to know what makes them different,” he explains. “Westerners look at China from a fundamentally different perspective than the Chinese look at themselves. Because of this, I think third persons such as us make good observers.” Korea, with its Eastern heritage and modern – i.e., Western – understanding, is well placed as a bridge. “People researching Korean traditional culture say that the cultural difference between the United States and Korea is similar to the cultural difference between China and Korea.”

The importance placed on people and relationships can be seen in one of China’s most discussed cultural phenomenon, guanxi. Often translated as “connections” or “relationships,” the term points to the network of personal relationships on which business in the Chinese-speaking world operates. Rooted in Confucianism, guanxi involves trust and reciprocal obligations between business parties. What you get is based on how close you are personally with the party in question. While this may seem unfair in many Western eyes, to Chinese, it is perfectly natural. “Both the West and China are interested in fairly distributing limited resources,” he says. “In the West, there is fair distribution of material, but in China, there is fair distribution of emotion. What this means is that you should give the person you know more emotion, and the person you don’t know less.” He adds, “What’s fair can change according to culture.”

Ryu also stresses the role face plays in China. Foreign business people often face serious difficulties in China because they don’t understand how face works in China. “To Chinese, face is concern. Concern for me. Concern for others. So in China, they say there is no self,” he explains. “Who you are in China depends on how other look at you. Your position is not the realization of a personal dream, but rather because others treated you well.”

Ryu’s book may come off as excessively positive about China. This is by design. “In order to make a friend, it’s important to have balanced thoughts,” he explains. “Koreans know too many negative things about China. It’s not a balanced opinion.” He points out that he doesn’t idolize China, but he’s only trying to get people to take a more balanced view. “I hope that the book helps people understand that Chinese culture isn’t just unique to a single country, but rather another standard that was, in fact, commonly found throughout East Asia.”

This book can be purchased from Amazon.com (from mid-August) and the Seoul Selection bookstore (www.seoulselection.com).

Written and potographed by SEOUL Staff