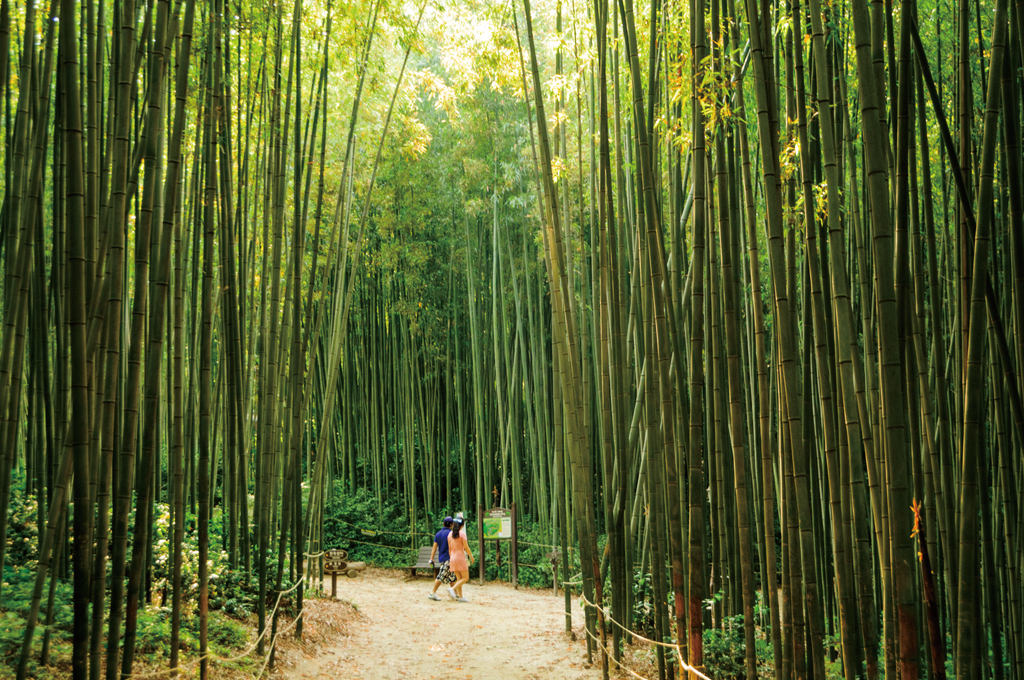 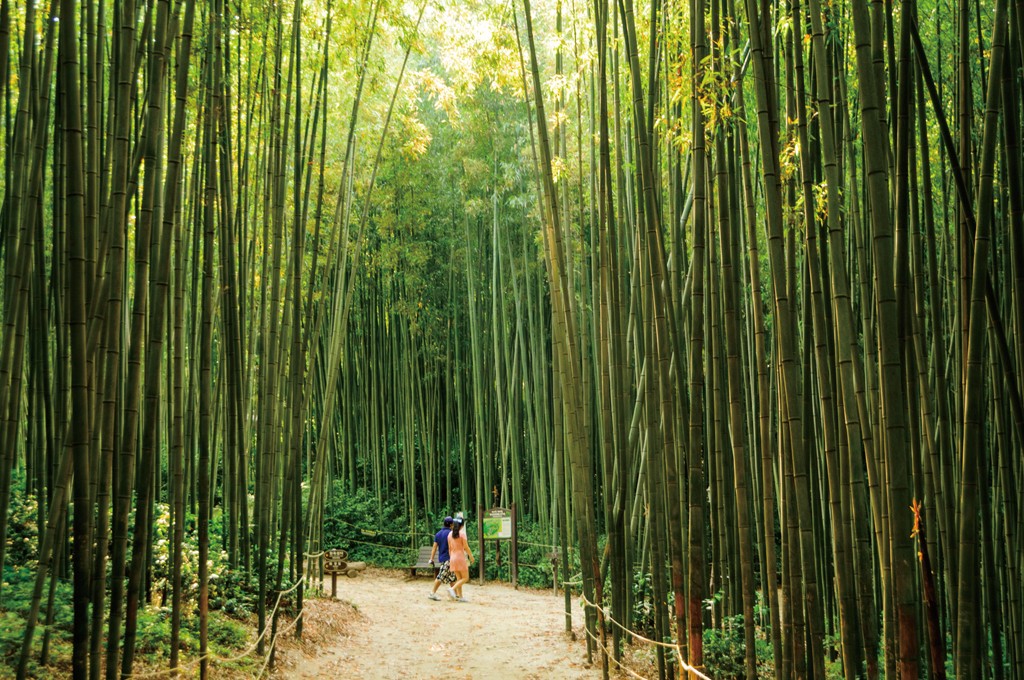 The summer breeze blows through the bamboo forest, and yellowed leaves begin to fall like party streamers. It’s enthralling, to be sure, but so, too, is the run, an orange starburst poking through the densely packed trees silhouetted in the afternoon light. There’s no rush as you sit beneath a Korean-roofed pavilion and take it all in. As the intoxicating fragrance of the bamboo fills your nostrils, your body begins to feel purer, healthier. A ray of sunlight breaks through the trees, illuminating your face … and warming the soul.

In Gwangju and its environs, life moves slowly – just slow enough for you to rediscover the joy of living.

The birthplace of Korean democracy and one of Asia’s fastest-rising centers of arts and culture, the southwestern city of Gwangju is famous throughout Korea for the beautiful, bucolic landscapes that surround it and its well-developed local cuisine – the best in the country. It’s a land where life moves slowly like the waters of the Yeongsangang River as it sluggishly meanders through the area, giving you time and space to heal physically and spiritually from the stress and pressure of the work week.

From July 3 to 14, the eyes of the sporting world will be on Gwangju as it hosts the 2015 Summer Universiade. Some 10,926 athletes from 115 nations have committed to compete at the event, both the world’s largest multisport event after the Olympics and the wellspring from which roughly half of all Olympic medalists emerge.

An opportunity to shine

A consequence of southwest Korea’s difficult modern history, during which time the region suffered a great deal of discrimination, Gwangju has had relatively few chances to host major international events like the Universiade. Granted, this is beginning to change, but a sporting event of this scale is still a rare opportunity for the city and surrounding region to strut its stuff. “We expect to see 200,000 local and international visitors during the course of the Universiade,” says Kim Hyo-sung, the managing director of Gwangju Metropolitan City’s Culture, Tourism and Policy Office. “We hope that the Universiade becomes an opportunity to boost Gwangju’s image as a city open to the world, a global sports city, a dynamic city where culture is very much alive.”

The Universiade is already making Gwangju and the rest of southwest Korea an even easier place to live and visit as authorities expand the local transportation network, including the early start of high-speed railway service to the region. To avoid the fate of other cities that have hosted major sporting events only to face serious financial difficulties afterwards, the Gwangju Universiade’s organizers have made a conscious effort to use existing facilities to host the 21 types of sports competitions. The opening and closing ceremonies will take place in Gwangju World Cup Stadium, site of Korea’s storied victory over Spain in the 2002 FIFA World Cup. Some nearby apartments have been expanded and renovated to accommodate athletes, coaches and officials. Even new facilities, such as the massive, eco-friendly and architecturally spectacular swimming pool, will be turned over to local universities to operate once the games are over. The new swimming pool will also be used for the 2019 World Aquatics Championships, which will be hosted in Gwangju, too. 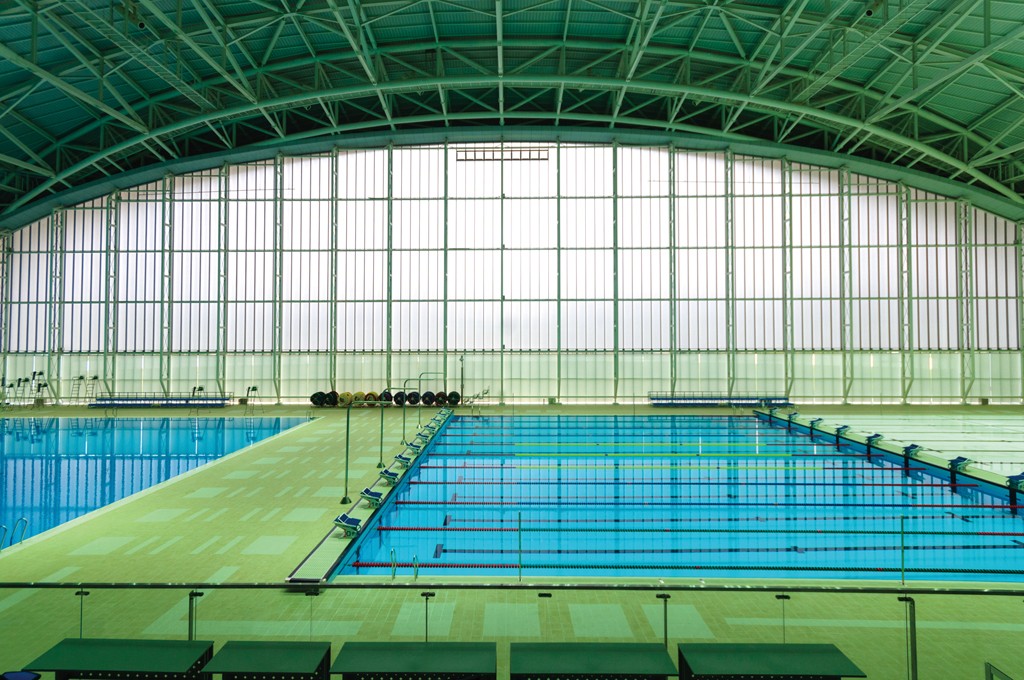 City on a hill

Not far from downtown is a quiet, shady hill known to past generations for its many willow trees. The willows are still there, to be sure, but now they are joined by a ceiling of other hardwoods; beneath the canopy, a rare holly bush announces that this is no ordinary place. Atop an old flight of stairs, a stately American-style home looks onto Gwangju’s guardian peak of Mt. Mudeungsan as it looms in the distance. As you sit in the shade of the porch steps and close your eyes, listening to the sounds of the birds and the rustle of the leaves as the breeze blows through the trees, you can picture Robert Wilson, the American missionary doctor who built this home in the 1920s, sitting where you sit now, watching his children play in the grass lawn. “Not a bad way to spend a summer afternoon,” you think to yourself.

Nestled in the shade of leafy Yangnim (“Willow Forest”) Hill, the historic Yangnim-dong neighborhood was the home and base of operations for American missionaries who set up shop here at the end of the 20th century. Many of their beautiful old homes, schools, churches and memorials are still very much around, including the Wilson House, a grand brick residence built by Wilson, kwon for being a pioneer in the treatment of leprosy. An old missionary graveyard sits at the top of the hill, and when you examine the graves, you will notice very quickly that many of those buried there are children, often victims of scarlet fever. The sadness of the site is somewhat offset by the beautiful views of downtown Gwangju and beautiful Mt. Mudeungsan. 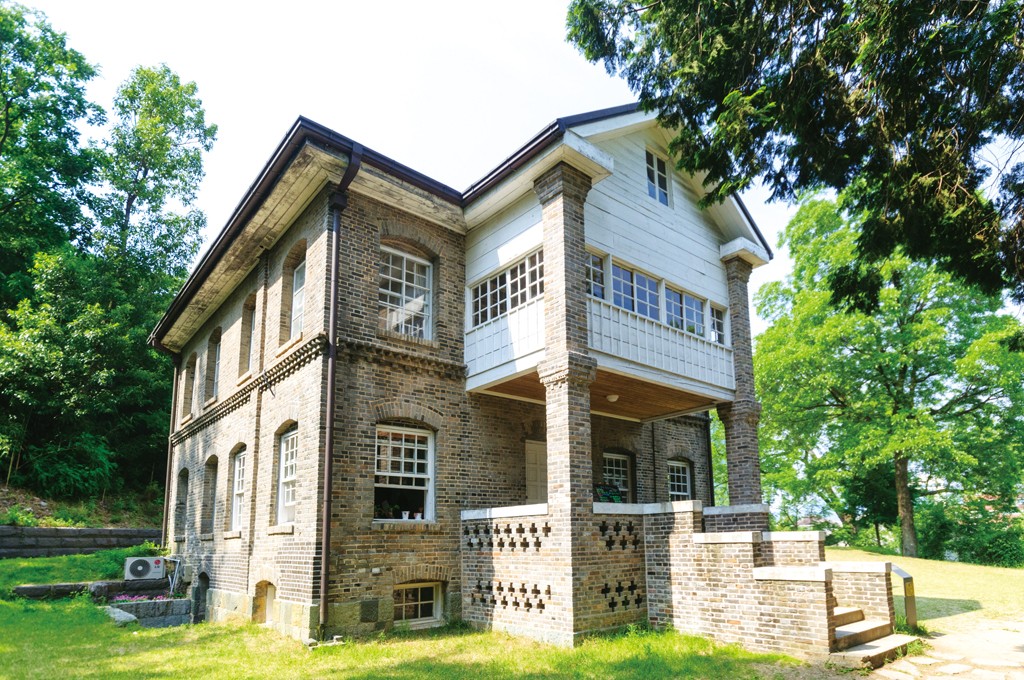 Slow living and the scent of bamboo

Just outside of Gwangju is the county of Damyang, a relaxing country town best known for its extensive bamboo forests. In fact, the town will host the 2015 World Bamboo Fair – the highlight event of the bamboo year – from Sept. 17 to Oct. 31. One of Korea’s most beautiful traditional gardens, the 16th -century Soswaewon Garden, is hidden amid one of the town’s bamboo groves. The garden is seemingly lifted from an old painting of the Taoist heavens – you could sit all day in the shade of one of its scenic pavilions, listening to the relaxing gurgle of the water cascading down the granite valley. Here and there, the greens of the forest are accentuated by the yellows and violets of wildflowers.

The Juknokwon Garden, an especially dense bamboo forest covering some 160,000 square meters of hillside, is not only one of the region’s most popular tourist destinations but also a popular filming location for films, TV programs and commercials. This is a place best enjoyed slowly – the forest is crisscrossed by 2.2 km of walking paths, bathed in the shade and refreshing scent of bamboo. Just stroll about and let your worldly concerns fade away. 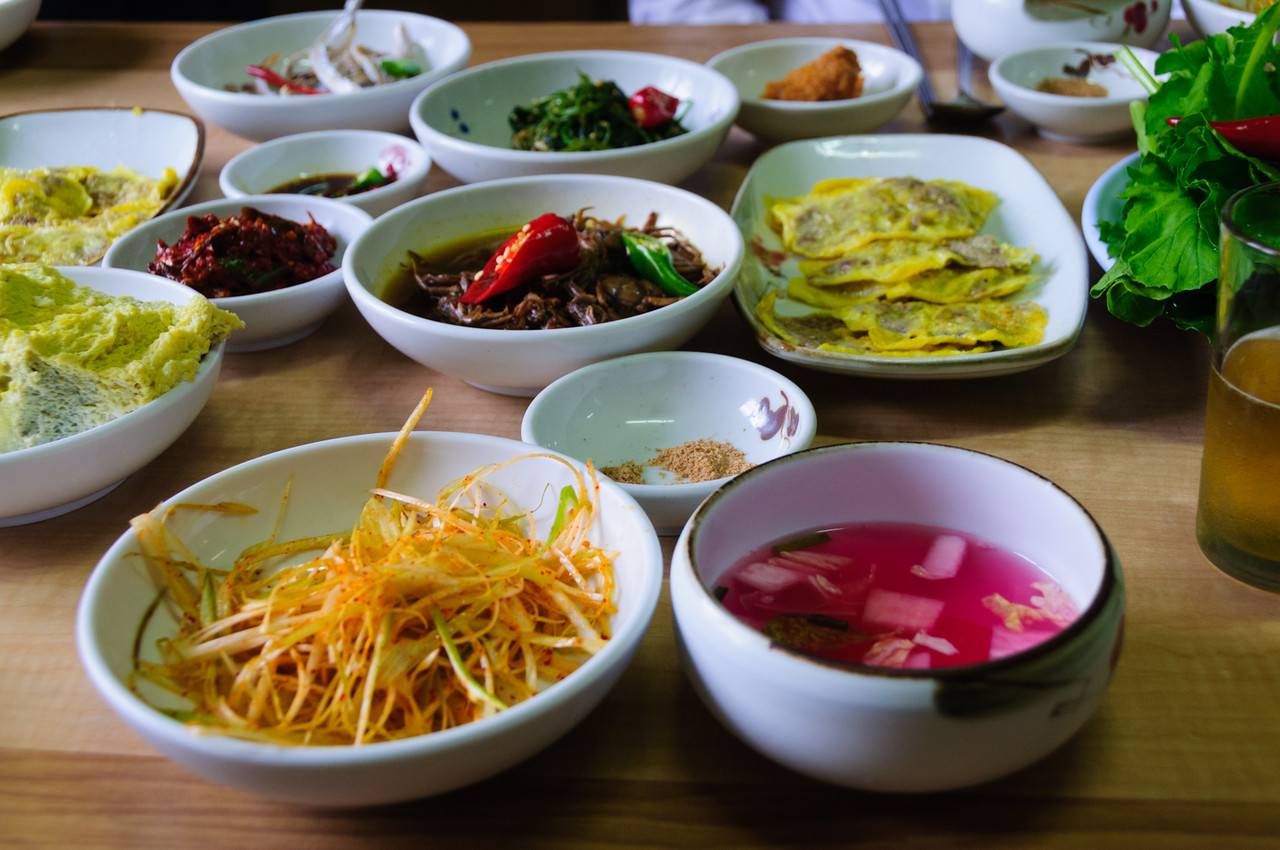 Not far from Juknokwon Garden is Metasequoia Road, a scenic laneway that, true to its name, is lined by towering metasequoia trees. Like the bamboo forest, the road has proven irresistible to Korean TV and film producers, though some sections of the road have been set aside for pedestrians. If that greenery isn’t enough, a short walk away is Gwanbangjerim Forest, a riverside park full of muku, zelkova, nettle and cherry trees, many of which are several centuries old. Designated by the national forest service as one of Korea’s most beautiful forests, the wooded park is both a lovely place to walk and a popular cycling location.

EAT> Savory slices of pan-fried battered beef, or yukjeon, are a Gwangju specialty. Yeonhwa (T. 062-384-1142), located a short walk from Sangmu Station, serves this dish with some delightfully sour-aged kimchi.
If you are eating in Damyang, two specialties to look out for are fried patties of beef and pork, or tteokgalbi, and rice steamed in bamboo, or daetongbap.

STAY> As a major city, Gwangju has a wide range of accommodations. The plushest digs in town are at the Ramada Plaza Gwangju Hotel (T. 062-717-7000). One really nice place to stay is Damyang’s Jukhyang Village (T. 061-380-2690), a collection of Korean-style homes built near a pond next to Juknokwon Garden.

GO> The fastest way to get to Gwangju from Seoul is via KTX from Yongsan Station (travel time: just under 2 hours). Gwangju’s primary KTX station is Gwangju Songjeong Station.

Port of dreams and romance