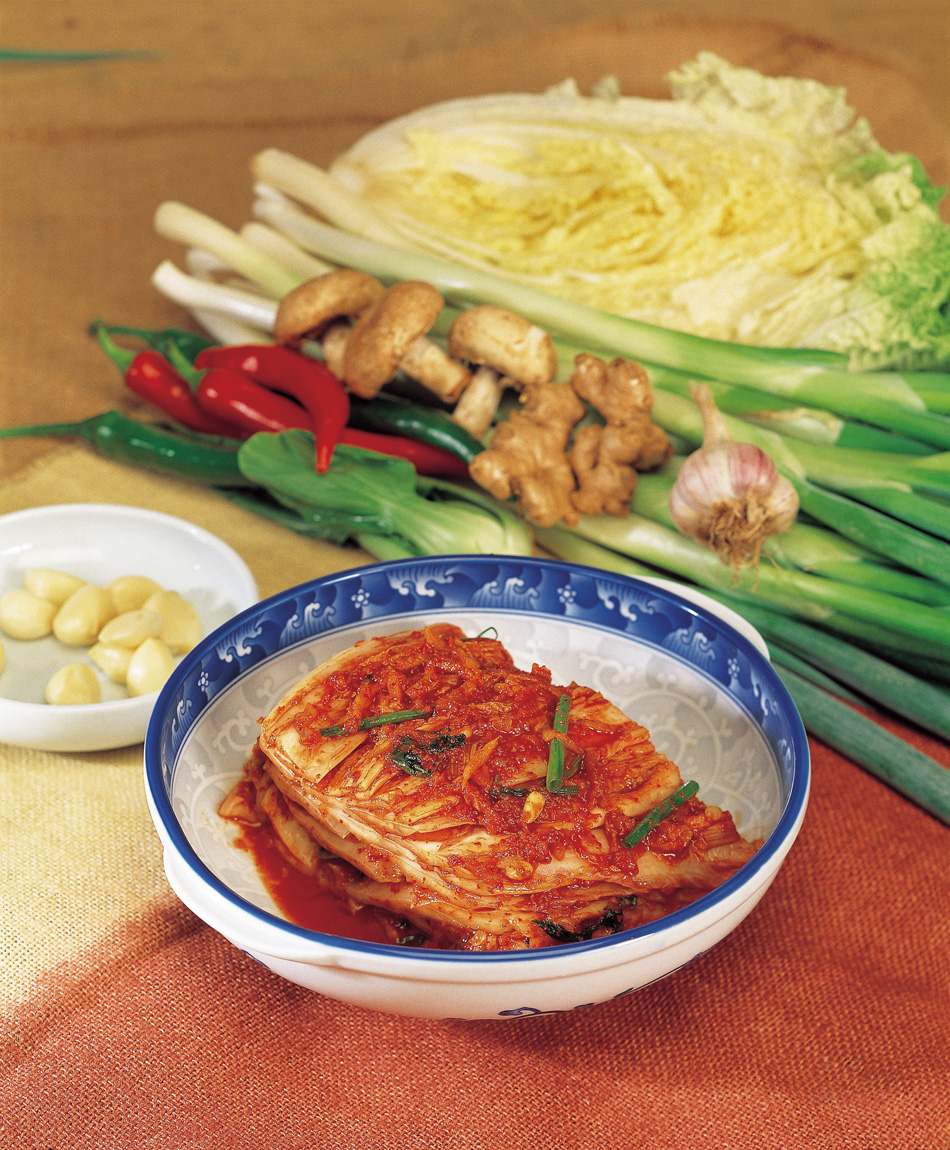 A story of heaven, earth and humanity[/box_light]

It has been said that to eat kimchi is to eat the universe, and that thereby the universe becomes a part of the soul. Those are pretty weighty words for such a humble dish, but the history and possibilities of this remarkable food suggest some element of truth to the parable.

A simple history, a complex flavor

As one of those pillars of Korean culture, kimchi is easily the country’s most famous food item. Nevertheless, by way of introduction, kimchi is a Korean traditional side dish made of vegetables, typically cabbage, seasoned and fermented over the course of several months. But given that it is a staple of nearly every Korean meal – even breakfast – calling it a side dish is a bit of a misnomer. Some would say that no meal is complete without kimchi. Indeed, special provisions were made for the Korean soldiers in the Vietnam War, as the delicacy was deemed “vitally important to troop morale.” With both spicy and sour flavors, a pungent smell and a texture falls somewhere between crunchy and chewy, kimchi is an acquired taste, much like certain cheeses in Western cuisine. But once you’ve embraced its nuances, it quickly becomes quite delicious…and good for one’s health, too – more on that later.

While kimchi is often credited with being the root of spiciness in most Korean meals, its history is somewhat more bland, dating back to the Goryeo Kingdom (918-1392). It was during this period that Koreans began adapting the Chinese custom of pickling vegetables, eventually adding their own techniques of salting, brining and fermenting. This early kimchi, consisting of cabbage, salt and beef stock only, was nearly white in color, far from bright red. You can still find “white kimchi”– technically, the more traditional variety – today. “Red kimchi” was actually influenced by Portuguese traders, who brought red chili, a New World vegetable at that time, to Korea via the Japanese in the late 16th century. Red chili was promptly adapted by the Koreans, imbuing present-day kimchi with its characteristic spiciness. In this respect, Korea’s national dish is actually an import, underscoring its universality. Now, as the Korean Wave sweeps the world, kimchi represents one way that Korean culture “pays it forward” to all of us.

With regards to the health benefits of this historic dish, some cite the kimchi as the reason for Korea’s remarkable ascendency from poverty to OECD status. Though this is perhaps a nice sentiment, it would seem that hard work and self-sacrifice should take greater credit; after all, plenty of kimchi is eaten in the North. In any event, there is reason to believe that kimchi contributes to a person’s health and fortitude. It has all of the ingredients that your mother and doctor tell you to eat: fiber and loads of vitamin C and carotene, as well as other nutrients such as vitamin A, B1, B2 (the B vitamins help with energy), iron and calcium. Plus, it’s low in calories. In addition, the dish’s onions, garlic and chili peppers contribute antioxidants, which can protect against cancer. For gastrointestinal health, fermentation provides plenty of lactic acid bacteria. All of these advantages have given kimchi its well-deserved accolade as a “super food.”

Yet, like anything, moderation is a virtue – advice offered by mothers, doctors and Aristotle alike. In one study, large quantities of kimchi consumption have been associated with an increased risk of gastric cancer. While that may be a remote possibility, bad breath and bloating can certainly be common with voluminous kimchi consumption. For those who have heavily invested in cosmetic surgery, such adverse effects can be devastating.

But overall, kimchi is about as healthy a food as you can get. It is classically Korean, yet also a product of its rich, interactive history with other cultures. Kimchi is truly universal.

Dr. Gurel is a director at the Samsung Advanced Institute of Technology, also holding an appointment as visiting professor at the Samsung Advanced Institute of Health Sciences & Technology at Sungkyunkwan University. He lives with his family in Bundang, and among other hobbies enjoys taking healthy walks along the Tancheon River. The opinions expressed herein are solely those of the author and should not be considered as formal medical advice in the absence of consultation with one’s personal physician.