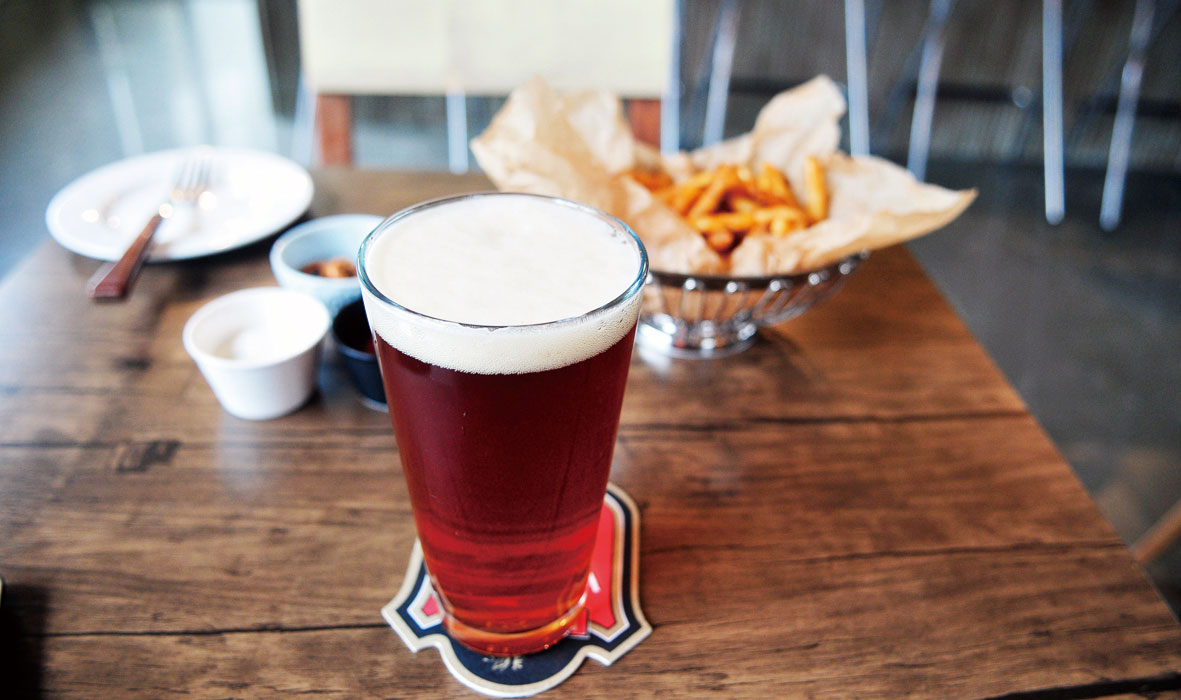 Dwipuri 뒤풀이 essentially translates to “after-party,” although these are not after-parties of the Grammy or Oscar variety. It refers to going out with a team or group from school, work, or some extracurricular—whether it be after a test, presentation, performance, or some other anxiety-ridden event—to celebrate victory or survival, and it’s often topped off with noraebang (karaoke) if the group is really interested in blowing off some steam. Here’s SEOUL’s guide to doing dwipuri right in party-central Hongdae.

There are no shortage of restaurants in Hongdae, but make sure dinner includes soju and/ or beer (somaek, anyone?).

For round two, Pub One—small second-story bar with draft beer and appetizers on a quiet street down from Hongik Univ. Station (Line 2), Exit 8—comes recommended. The menu here is simple: a handful of draft beers and anjus (appetizers to accompany alcohol). Remember: the key to stamina for a night out in Korea is consistent and simultaneous consumption of food and drink. If you’re feeling brave, give the dried fish fi llets a try. When in Rome, after all. And about once a month on Sundays they hold One Keg (www.facebook.com/onekegday), an exclusive all-you-can-drink event.

If you’re making your way to Hongdae from Sangsu Station, try Samgori Pocha. You can’t miss it: it occupies prime real estate right at the “three-way intersection” (a literal translation of samgori) on the road leading to Hongik University’s main gate. A hit ever since it opened up in December of last year, it is designed to look like a 1970s-80s old-timey Korean bar, a blatant appeal to nostalgia. Most food runs in the range of KRW 20,000 (to be shared, of course). Now that it’s summer, the deck is open and the wooden picnic tables are fi lled to capacity, which makes for excellent people-watching.

You may visit any number of bars or clubs, but noraebang brings the dwipuri to a cathartic close. Luxury Su Noraebang is everyone’s go-to when you fi nd yourself with a group in Hongdae waiting for the first 5:30am subway train. Located next to KT&G Sangsang Madang, it features 40 “singing rooms”—prices vary depending on the size of the room (some can accommodate up to 25 people) and the time of day (weekends and nights are more expensive) but generally start at KRW 20,000 per hour. They don’t sell (nor do they allow) alcohol, but for an extra KRW 1,000 per person you can get unlimited slushies, ice cream, soda, and popcorn. The perfect nightcap.