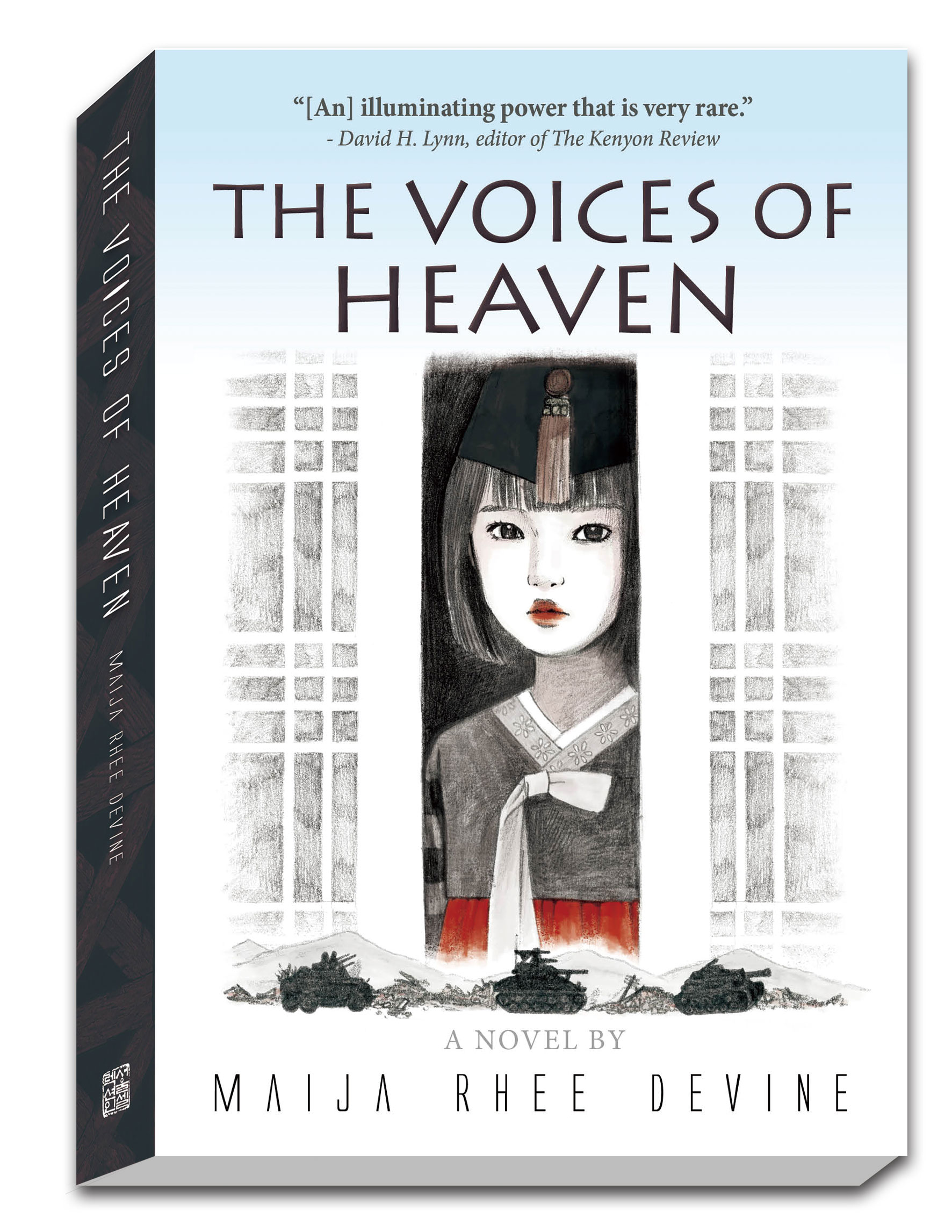 THE VOICES OF HEAVEN

The Voices of Heaven can be purchased
through Seoul Selection’s online bookshop
(www.seoulselection.com)
or through Amazon.

Maija Rhee Devine’s The Voices of Heaven (Seoul Selection, 2013) is about many things: war, love, family, and secrets, for starters. But above all, it’s a book about Korea, written by somebody who was born and raised here. “This isn’t secondhand material, but my own story,” said Devine at a press conference at the Seoul Selection bookshop on May 22. “It’s things I directly saw, heard, tasted, and cried about.”

The Voices of Heaven is a semi-autobiographical look at Korea during the traumatic years of the Korean War. While the war certainly plays a critical role in the book—as do many other important events in modern Korea’s political history—it is by no means the novel’s focus. Instead, the war serves as the backdrop to an examination of family structures in old Korea, a time when Confucian norms were applied much more rigorously and the birth of a male child was considered so important it necessitated concubinage, often with painful consequences for all involved. At times, the cultural setting appears so exotic that it’s easy to forget we’re reading about times well within the living memory of many Koreans, including the author herself.

Born and raised in Korea, Devine is a product of the times about which she writes. Like Mi-na, the main character in The Voices of Heaven, she grew up unaware that she had been adopted, abandoned by her birth family in favor of a twin brother she didn’t know she had. Also like Mi-na, she would have to watch the suffering of her adopted mother as her adopted father took a concubine to produce a male heir, a sine qua non in premodern Korea’s deeply Confucian society. This adherence to tradition, even amidst the worst of circumstances, is one of the most striking aspects of Devine’s book. “They lived with an unconditional belief in these commandments coming from Confucian tradition, Buddhist tradition, Taoist tradition, folk beliefs, and shamanism. They had an unconditional faith in these ideals taught by these philosophies as the way to redemption, as the way to finding true love, pure love that is lasting,” says Devine. “In a way, the individual’s struggle is paralleled by Korea as a nation.”

After graduating from Seoul’s Sogang University, Devine left for the United States to attend graduate school at Saint Louis University. She returned to take up a teaching position at what it today Sejong University, but after meeting her husband, a US Peace Corps volunteer (and currently head of the Harry S. Truman Presidential Library), she returned to the United States in 1970. She reunited with her birth parents and her twin brother in 1995.

Through The Voices of Heaven, Devine hopes to inform Western readers of Korea’s cultural uniqueness. “I want them to understand Korean culture as distinctly different from Chinese and Japanese cultures,” she says. She liberally peppers her prose with Korean folk sayings, the meanings of which can usually be ascertained through context. The love between two of the main characters is as “sweet as sticky rice,” for instance. Even character nicknames such as Noodle Leg get this treatment. “I really tried to stress how Koreans are different ethnically and culturally and in their everyday language,” she says.

SEOUL Weekly: The Voices of Heaven on Goodreads Again