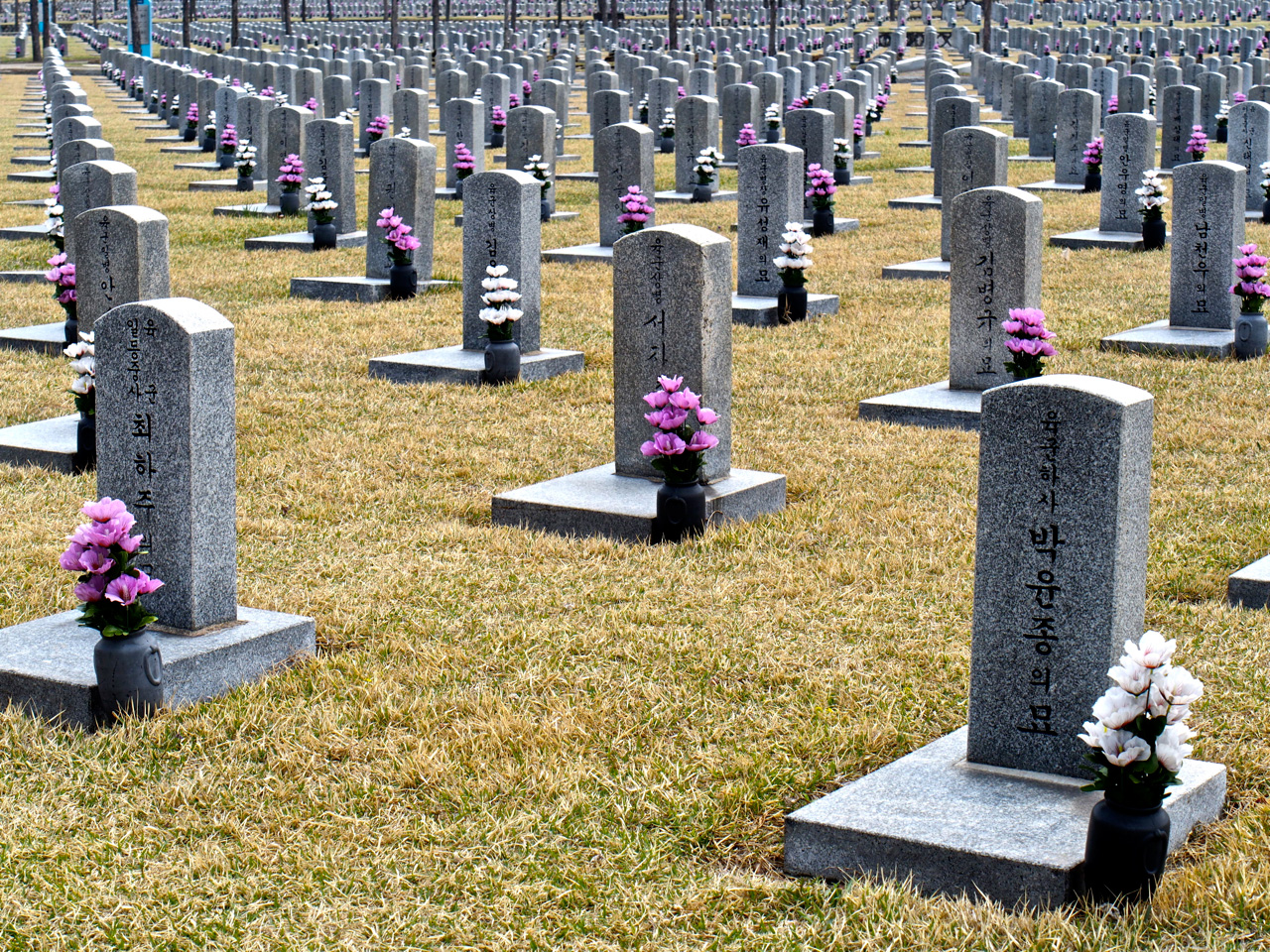 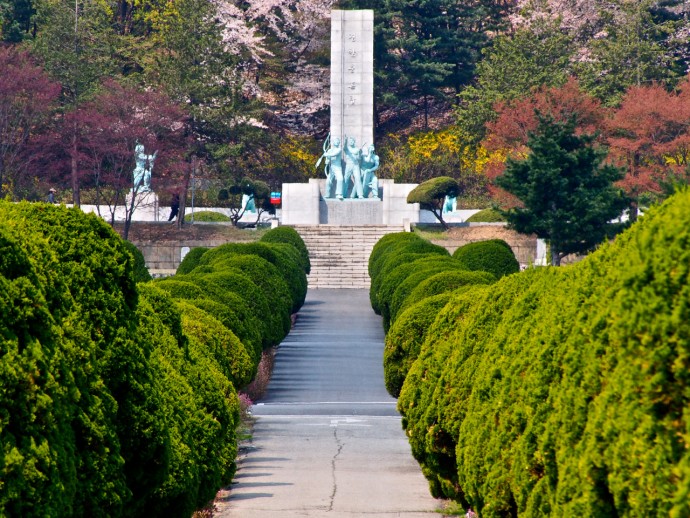 South Korea’s Memorial Day falls on the 6th and the anniversary of the start of the Korean War on the 25th, making June an opportune time to pay respects to the fallen in Dongjak.

Dongjak’s best real estate sits on a large hill below the city’s southernmost bend in the Hangang River. It’s home to some 165,000 residents, all prominent though few famous, some of whose identities are known to no one, not even their families. They reside in Seoul National Cemetery (국립서울현충원), the enormous swath of hillside that’s the burial site for soldiers, independence fighters, police, and other notable actors in Korea’s history.

The most prominent are three Korean presidents—Syngman Rhee, the country’s first; Park Chung-hee, Korea’s most influential post-war figure; and Nobel Peace Prize winner Kim Dae-jung. The majority of the cemetery, though, consists of burial plots for soldiers, where the gravestones, neat as teeth, are arranged in 55 terraced sections. Each tombstone bears a name and rank on its front and a date and location of death on its back.

Other plots are devoted to members of the Korean Provisional Government in Shanghai (1919–45); meritorious citizens like Ahn Ik-tae, composer of the national anthem; and patriots like Seo Jae-pil (Philip Jaisohn), the man primarily responsible for the construction of Independence Gate. There are even three foreigners buried here: Gang Hui Lin and Wie Xu-fang, Chinese who fought with the South in the Korean War, and Canadian veterinarian and agitator for Korean independence Frank W. Schofield.

In the middle of the grounds is Memorial Hall, where the memorial tablets of some 104,000 missing soldiers are kept in an underground chamber together with the remains of 7,000 unknown soldiers from the Korean War. The walls are covered in stone engraved with the names of the missing and the unknown; from a distance, the names, geometric and monochromatic, appear like an abstract design. As you get closer and the lines come into focus they resemble a code, imbued with significance and meaning, until you hone in on a single name and find an entire story contained within three syllable blocks—a birth, a struggle, a death. The sum of those stories, built three painstaking syllables at a time, is the nation today. 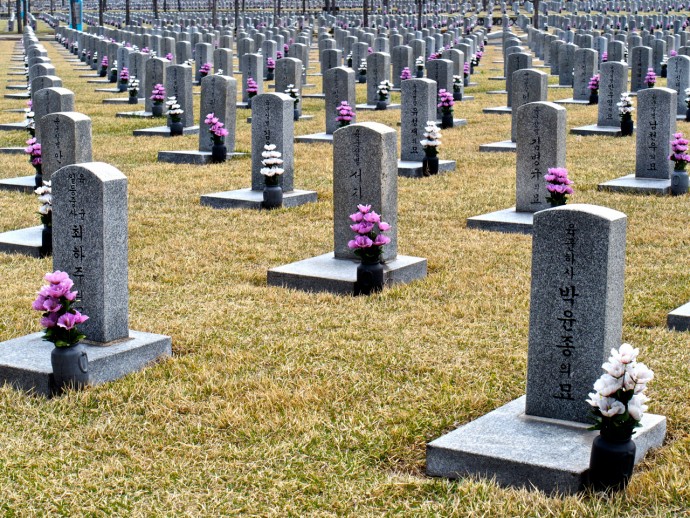