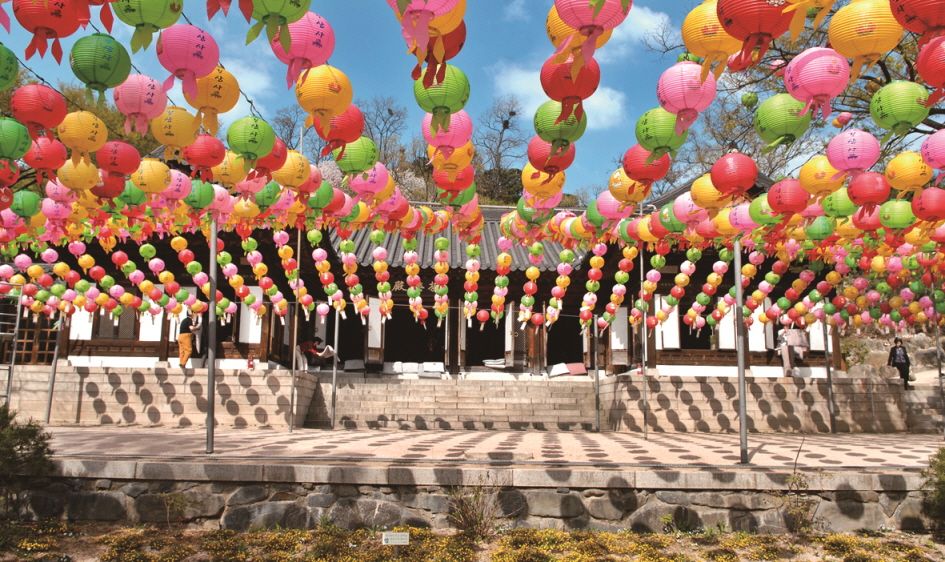 The Seongbuk-dong neighborhood has hidden treasures and cultural attractions. Gansong Art Museum is host to a splendid art collection. Commonly referred to as the nation’s treasure-house, Gansong is Korea’s first private museum and opens its exhibitions to the public only twice a year—in May and October. Gilsangsa Temple is a prominent Zen center, but it used to be a luxury traditional restaurant. In 1987, its owner donated the property to the late Zen master, Rev. Beopjeong. Another attraction is the Seongnakwon villa, which represents the beauty of Korean gardening during the Joseon period. A forest of zelkova, pine, oak, and maple trees, along with a waterfall, garden, and lake, surrounds the villa. Currently registered as a private property, the traditional hillside estate is open for public viewing only with a reservation. Simujang is where Han Yongun, the noted monk-poet and independence activist, spent the last years of his life in the 1940s. BUY>
A number of boutiques are nestled in Buam-dong and Seongbuk-dong, including traditional crafts shop Hyojae 효재 (T. 02-720-5393) right in front of Gilsangsa Temple.