When tourists and locals battle, everyone loses

The locals are feeling restless.

Bukchon has a reputation as a bucolic, quiet area of Seoul. Its narrow streets and alleys are filled with pretty little Korean-style houses, turning the hillside into a sea of tile roofs. It’s exactly the kind of scenery many tourists are looking for when the visit Seoul, an area of calm and tradition amidst the glittering and modern buzz of the metropolis. The mood of the local landlords and residents isn’t nearly as charmed, though. 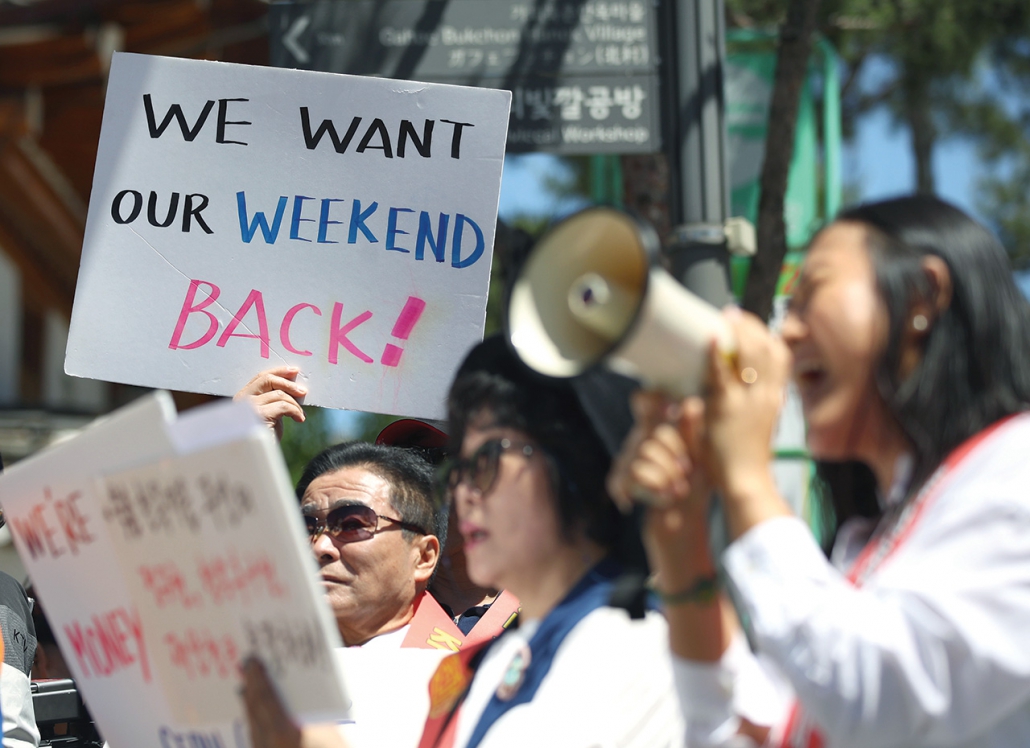 On May 19, local residents gathered in Bukchon to protest the influx of tourists to their neighborhood, just as they have done every Saturday since April. Some held signs reading, “We want our weekend back,” “We’re just moneymakers for Seoul” and “Listen to our voice.” Demanding the city designate Bukchon a restricted zone, they expressed anger at how tourism was making their community unlivable. “More than 300,000 tourists visit our residential area every month. They make noise, smoke, throw out garbage and even urinate in the street,” one protester said in a statement reported in the Korea Times. “We repeatedly asked the government to solve the problem, but little has changed so far.”

The term “overtourism” was coined in Europe only in 2016, but Bukchon residents are already familiar with the concept. Over the past few years, tourism has increased from a trickle to a flood of visitors, both domestic and international. On an average day, tour buses disengorge thousands of people to walk through the Hanok-lined streets, taking photos and enjoying the views from the hillside. A study by Seoul Metropolitan Government conducted between October 2016 and June 2017 revealed that an average of 10,000 tourists visit Bukchon a day, 70 percent of them foreigners, 10 percent visiting before 6 a.m. 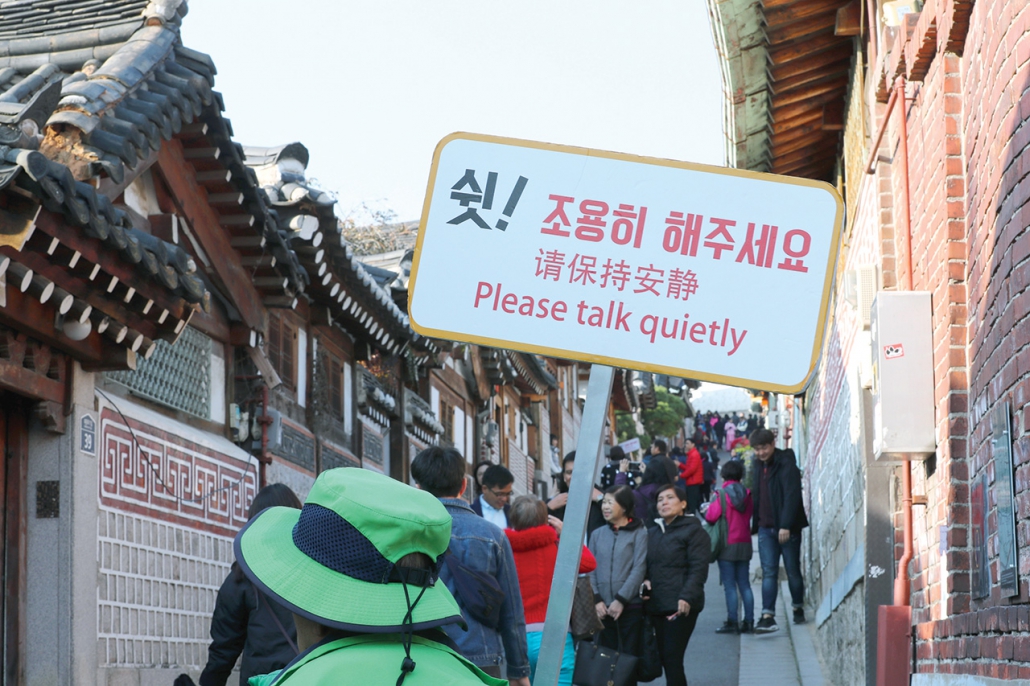 The massive inflow of visitors has turned the neighborhood into less of a quaint village than a bustling tourist trap, complete with vendors selling cheap knicknacks, overflowing trash piles and loud chatter in a dozen languages. While some people are happy to see the tourists, others worry about the noise, trash and impact on local infrastructure. Some are so worried, in fact, that they are leaving entirely. According to the city, the population of Bukchon fell over 16 percent between 2012 and 2017.

“The neighborhood is really divided among people who want more development and people who don’t,” says one resident. “Some of us moved here a long time ago because we were looking for someplace quiet to live. That’s why I came here. But now it’s so noisy, especially on the weekends, that we’re considering moving.”

Overtourism is a growing problem in many parts of the world, as more and more people reach income levels that make international travel possible, at the same time that other markers of middle-class life become more difficult to achieve. Younger people in developed countries like the U.S. and Australia often feel unable to invest in things like real estate, and instead have shifted their spending to more achievable experiences, like travel. And in other parts of the world, newly developing wealth in the middle classes makes international travel a new status marker, something previously only available to the wealthy in places like India and China. As more travelers arrive, so does the need for places to stay, restaurants for them to eat in, and myriad other infrastructure issues that often overwhelm what is already in place. Some measures meant to help alleviate problems end up making them even worse — “sharing economy” home rentals started as a way for local people to earn money by renting out spare rooms to visitors, but have ended up contributing to rising rents in residential areas, pricing people out of homes in places from Seattle to Casablanca.

The problem is international in scope, with one of the most famous cases literally sinking under the weight of boatloads of tourists. Venice in particular has been hard hit by huge increases in international travel, much of it via cruise ships. These gigantic floating cities have become a major headache for Venetians, who complain that the cruise ships gobble up local resources, pollute the waters and contribute to the city’s slow sink into the lagoon in which it sits. Compounding the problem, most of the cruise ships don’t contribute much to the local economy, as the tourists they bring disembark for day tours run by the cruise lines, depriving local guides of work, keeping their tourist dollars on the ship instead of circulating in the local economy. 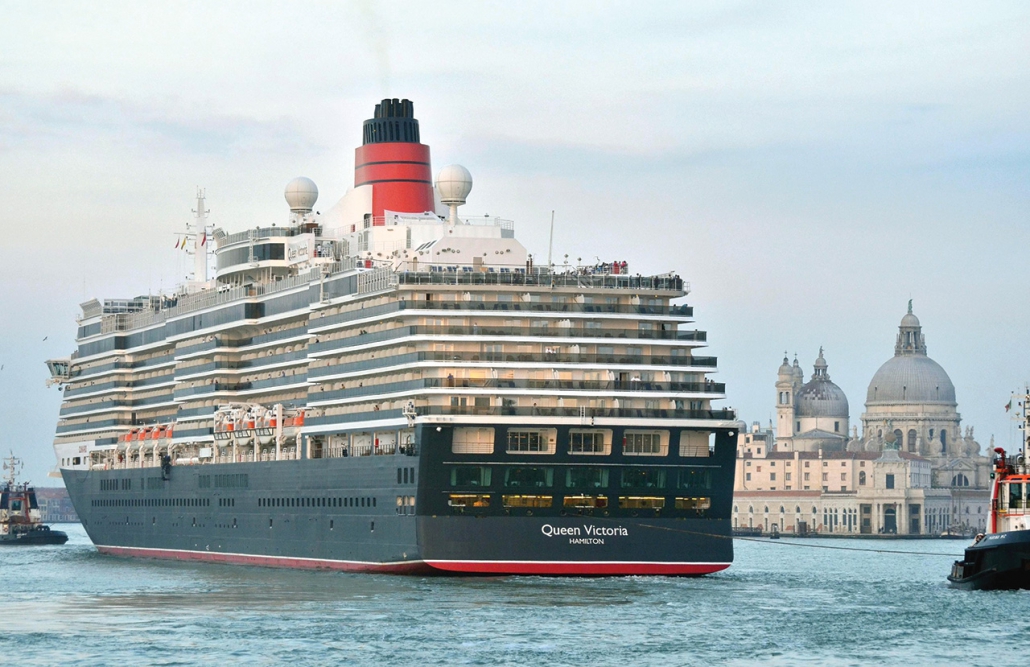 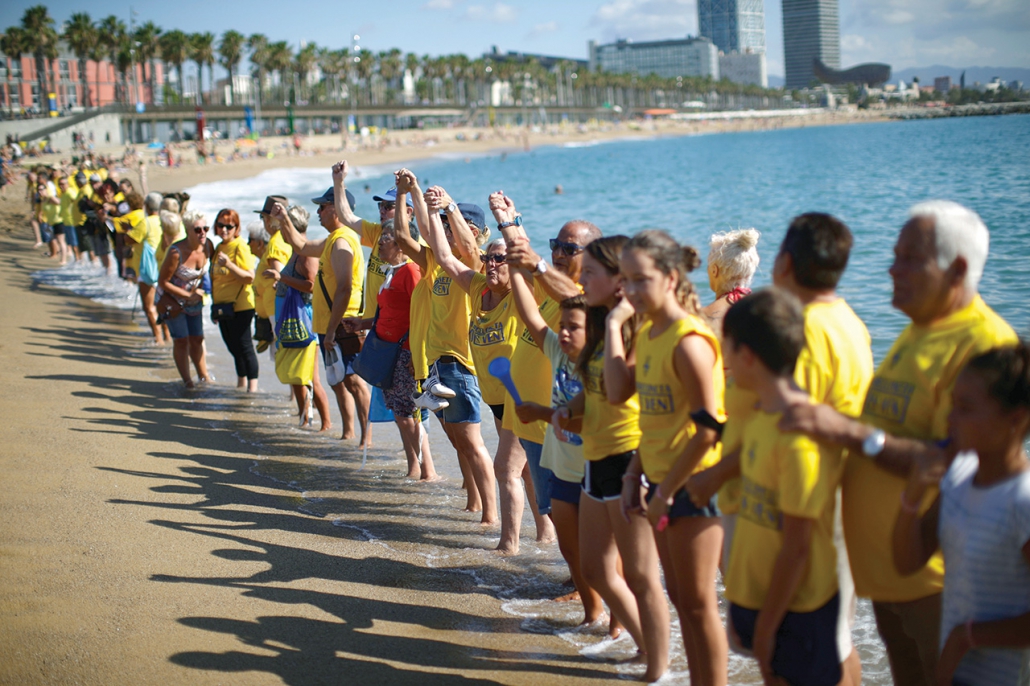 Protestors form a human chain during a protest against tourism in Barcelona. © Yonhap News

Tour groups in Korea have been blamed for much the same behavior. Coach tours take visitors all around Seoul and the rest of the country, disgorge people for a very brief visit to a tourist site or shopping, and then rush off to the next spot. “Travel agencies attract Chinese tour groups through cheap ‘dumping tactics,’ taking them to the duty-free shop to make up for the losses and then setting the tourists loose the last day in Bukchon Village, which doesn’t cost anything,” said Korea Tourist Guide Association Secretary General Kim Gang-yeol to the Hankyoreh daily.

Tourism, even overtourism, isn’t thought of as a problem by everyone in Bukchon. Rents have gone up substantially, and more tourism development would likely increase profits further. And as some residents depart for quieter pastures, there’s more space available for businesses.

The more shopping and dining there is, the more people who come to enjoy the area. Some Bukchon merchants who depend on the tourism decry the tensions between locals and tourists. A Ms. Lee, who has operated a tourist facility in Bukchon for close to 20 years, told Yonhap News Agency, “If you tell tourists not to come to Bukchon, it’s starving to death the people who do business here. It’s clear that tourism has raised the value of Bukchon, so I can’t understand [how some residents] are unconditionally refusing tourists with no thought of coexistence.”

Still, the more people who come to enjoy, the less some residents feel welcome in their own homes. Multilingual signs are posted throughout the area, asking visitors to remember that it is a residential area, with reminders to not litter or smoke, and keep voices down. Some even have request that people avoid singing loudly, an oddly specific complaint, but one the locals insist is a real problem.

“It used to be you could live pretty comfortably around here. It was quiet, there was a mix of different kinds of housing, and it had a real neighborhood feel,” said a former resident. “But if I lived there again, where would I shop? It’s not like the businesses there are for the people who live there. If I needed to buy some milk or vegetables, where am I going to go? There’s nothing but boutiques and mini marts.”

But the area most plagued by overtourism isn’t necessarily in Seoul at all. Jeju Island, once a mostly rural area of fishing villages and citrus farming, was once barely touched by any tourism except local honeymooners. Before the liberalization of travel for the average Korean, people who couldn’t leave the country would head instead to the semitropical southernmost island. But the beginnings of international travel for Koreans didn’t mean the island fell off the tourist path — instead, it’s become one of the most heavily visited parts of Korea. It’s not just domestic travel, although many Koreans favor it for short trips. Instead, it’s been turned into a visa-free zone where international tourists from 180 different countries can enter by any of the 150,000 some-odd flights per year. Sixteen countries now have direct flights to the island, bypassing Incheon International Airport. For those who do arrive via Incheon, they travel what is now the world’s most heavily trafficked air route, the short 450 kilometer hop traveled by more than 10 million people each year. 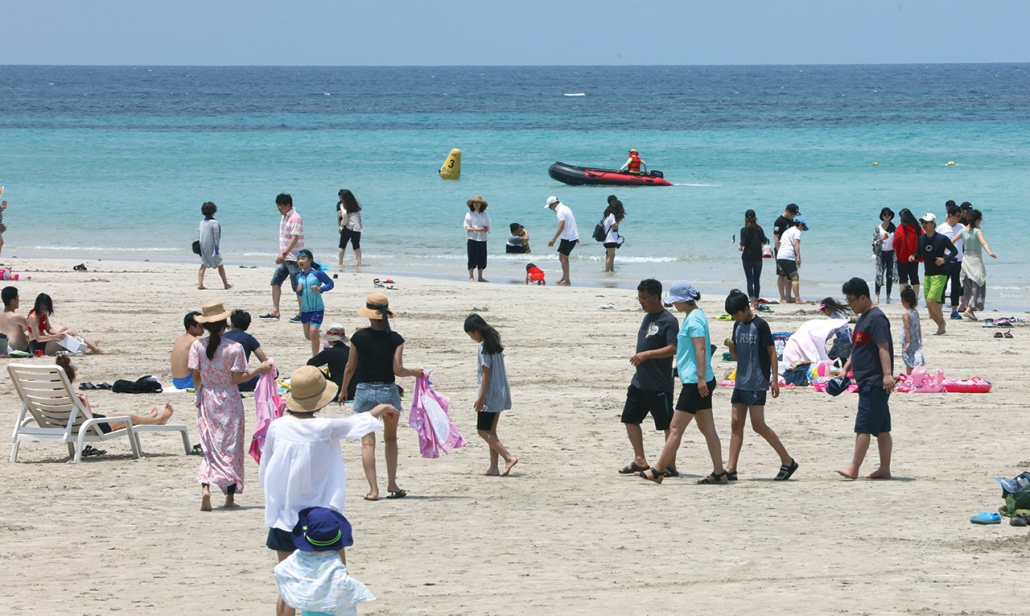 Jeju’s attractions go beyond the ease of coming from abroad, with a unique volcanic landscape, attractive beaches and mild weather. Many international visitors, especially from China, do more than visit though. There’s been a huge uptick in people from abroad buying up land on the island, driving up prices and making it difficult for locals to keep up. Thousands of tourists can show up at the same time to visit some of the country’s most environmentally delicate areas.

Tour groups from China in particular have come under fire, with many Koreans feeling that the tour guides do little to help guests understand the local culture and customs in favor of making maximum profits via what amount to extended shopping visits. Conflicts have become regular features on local and even national news, contributing to anti-foreigner sentiments.

Chinese aren’t alone in annoying the locals, however. Mainlanders have done much to irk islanders, too. In famously gentrified Woljeong-ri, a coastal village on Jeju’s northeast coast, bars, cafés and guest houses line the entire beach. Many of these businesses are run by transplants from the mainland and target mainland tourists. Over the last three years, real estate prices have skyrocketed 11 fold. One elderly local who rented land to farm in the area complained to the Hankyoreh 21 magazine, “The rise in real estate prices is good for people with land, but for people like us, there’s nothing good about it.” An elderly local woman who lives in the village told the magazine, “It was nice when we lived quietly among ourselves. The tourists toss their bottles, cans and cigarette butts anywhere. Outsiders occupy everything here. We’re not even treated like Woljeong-ri people now.”

There is no easy solution to overtourism. Seoul, Jeju and other places are working on ways to help locals thrive alongside visitors and help tourist engage in more positive, culturally enriching encounters, while also improving infrastructure to help local areas deal with the influx. But solutions may be a long way off, and it could take years to bring enough resources in to help areas like Bukchon and Jeju cope with the huge numbers of tourists. Until then, the signs will stay up and the tensions remain as the coach tours continue to arrive.

Being a Good Tourist

Though some aspects of the Bukchon tourism issue will need to be solved at the public policy level, there are some things tourists can do themselves to lessen their impact on locals.

Hopes for Peace in an Era of Uncertainty
Scroll to top
댓글 로드중...