Language is closely interwined with our understanding of our own bodies. In the days of old, for instance, Koreans believed the heart to be the seat of the mind. Though the coming of modern medicine conclusively proved the brain to be the center of thought, the Korean language still reflects the traditional understanding with expressions such as “My heart has changed” for “I’ve changed my mind.” A change in understanding, meanwhile, may necessitate the coining of words for new concepts and discoveries. 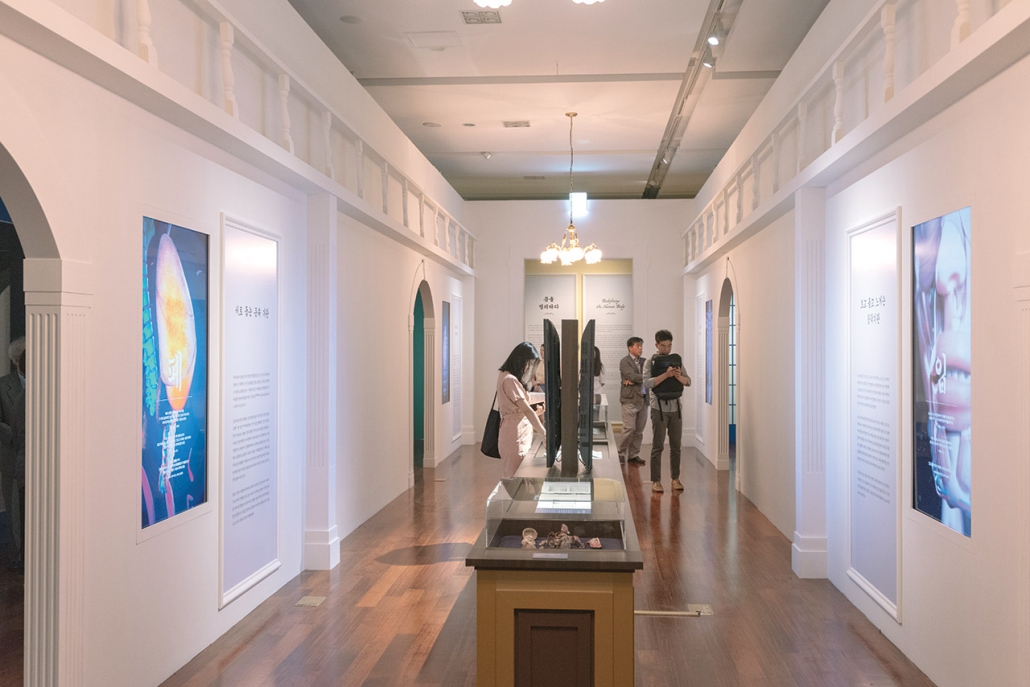 The exhibition “I Am the Body: The Anatomy of Hangeul in the Enlightenment Period,” hosted by the National Hangeul Museum through Oct. 14, explores how Koreans traditionally viewed the human body and how the introduction of modern medicine from the West in the late 19th century fundamentally altered that view. More specifically, it looks at how many now familiar Korean terms for the parts of the human anatomy came into being at the start of the modern era. Through language, the exhibit demonstrates how Koreans adopted Western medicine, including Western anatomy, and how that radical shift in understanding transformed the lives of the people.

“I Am the Body” takes as its starting point the publishing in 1906 of “Anatomy,” a Korean translation of “Practical Anatomy,” a Japanese anatomy book widely read at the time. Translated by Kim Pil-sun, a student at Korea’s imperial medical school, under the direction of Dr. Oliver R. Avison, an American missionary doctor, “Anatomy” proved groundbreaking, providing Korean students with their first text to learn modern anatomy. The textbook also helped revolutionize the way Koreans thought about the human body, including the words they used to describe it.

On display are 213 artifacts from 18 institutions, including the three volumes of “Anatomy.” To provide a narrative structure, the exhibit is divided into three sections. The first, “A New Era in Knowledge of the Human Body,” recounts how the traditional Korean view of the human body differed from that of the West and how Koreans came to embrace the Western view, with emphasis placed on the role played by the Jejungwon, the imperial hospital-cum-medical school and one of Korea’s first centers of modern medicine. The second, “Redefining the Human Body,” looks at the transformation of the Korean language as it relates to the human body from the 15th century, when the Hangeul alphabet was invented, to the late 19th century, when Korea opened up to the West. 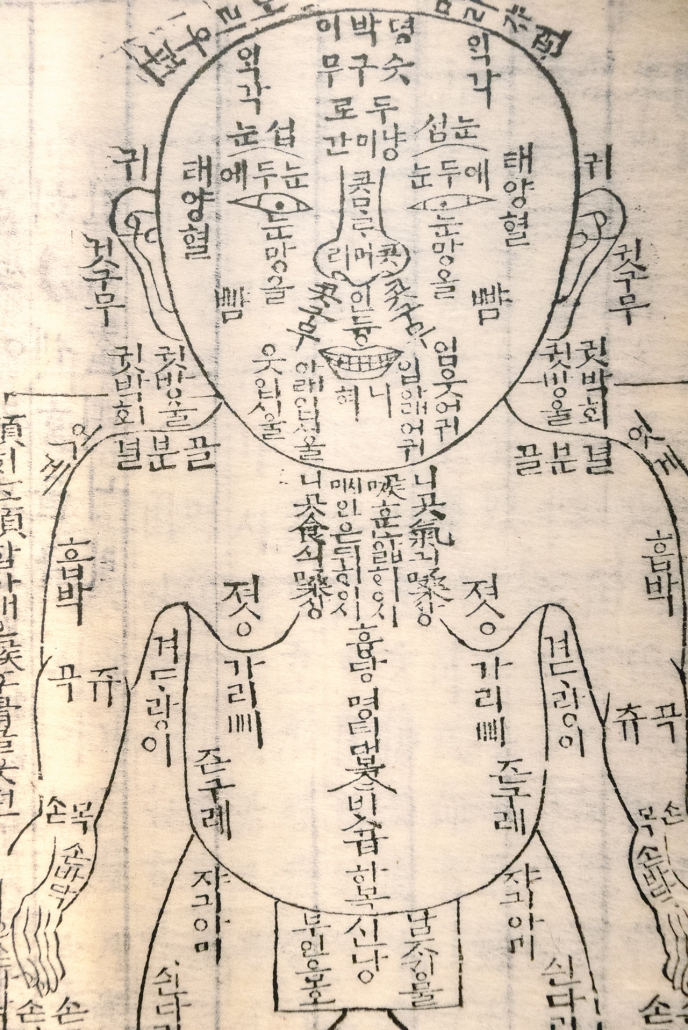 The third, “The First Anatomy Textbook in Hangeul,” features a documentary video on how Kim and Avison published “Anatomy.” Indeed, they overcame much adversity to do it. Avison’s first attempt, a Korean translation of “Gray’s Anatomy,” ended when the manuscript disappeared with the translator. His second attempt also ended in failure when fire destroyed Kim’s retranslation of “Gray’s Anatomy.” It was on the third attempt that Kim and Avison finally succeeded.

The items on display prove fascinating, shedding light on an understanding of the human body often at odds with that of the present day. An old text on forensic medicine and a postmortem from a 1902 murder in Gangneung, for instance, not only reveal how doctors examined bodies at a time when Koreans considered dissection to be an unholy outrage, but also teach us how Koreans referred to the many parts of the body in the days before the introduction of modern anatomical science. Interactive digital displays, meanwhile, demonstrate the development over the centuries of Korean words for the parts of the body. Old medical implements, acupuncture needles and historical books and photographs are on display as well. 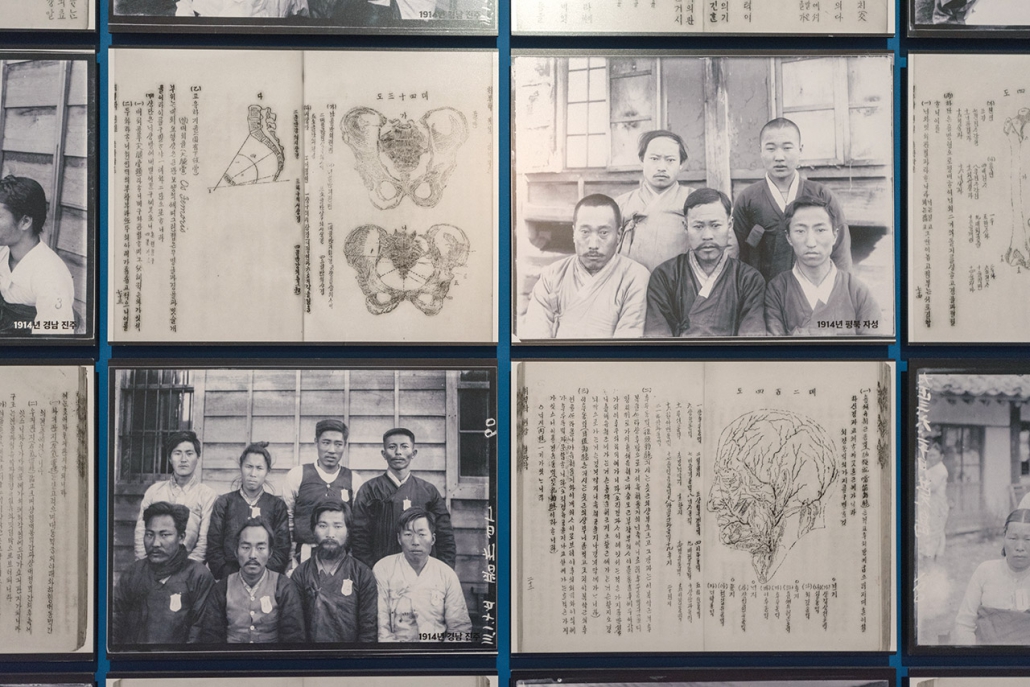 Opened on Oct. 9 — Hangeul Day — of 2014, the National Hangeul Museum is a rarity — an entire museum dedicated to the national script. That such a space exists in Korea, however, should come as no surprise. Koreans are rightly proud of Hangeul, a beautiful, easy-to-learn writing system scientifically created using systematic linguistic principles in the 15th century. The innovative alphabet has boosted literacy, promoted digitalization and even inspired artists and designers.

The architecturally spectacular museum, located between the landmark National Museum of Korea and Yongsan Family Park, boasts exhibition spaces, lecture halls, a children’s museum, a café and other facilities. The building itself brings together the sky, the earth and people, embracing the philosophy of Hangeul, the fundamental building blocks of which reflect those elements. 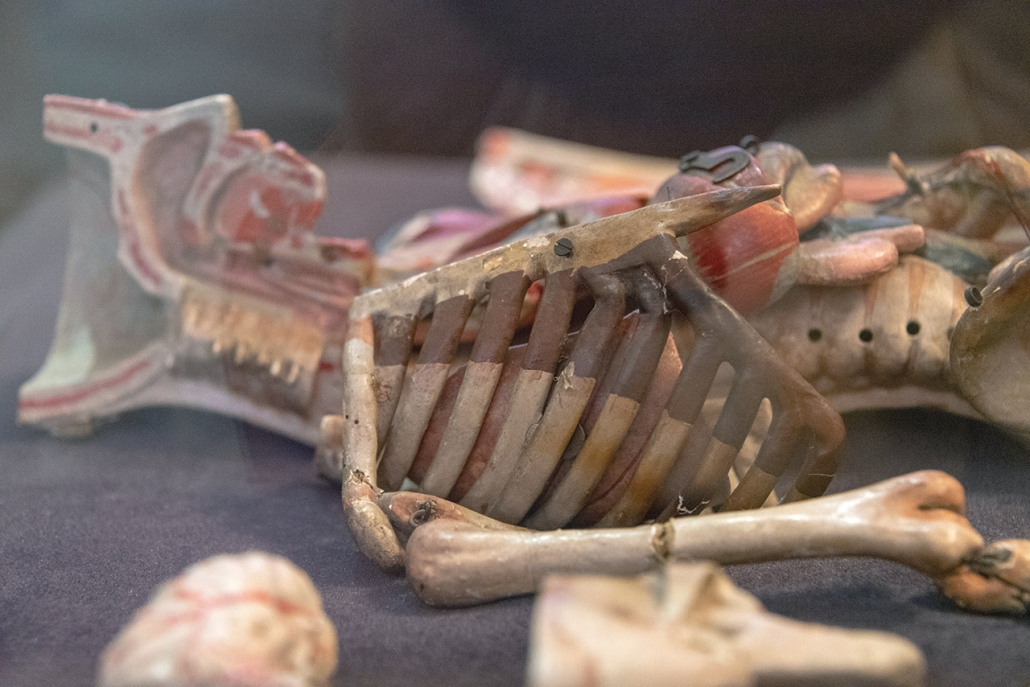 The museum explores the history of Hangeul, from its creation in 1443 to the present day. It examines efforts to disseminate and modernize the alphabet, sharing with visitors artifacts such as Korea’s first Hangeul typewriter and old advertisements using the Hangeul script. Attempts to globalize the alphabet and digitalize it are looked at, too.

The Hangeul Museum hosts educational programs as well. To promote the Hangeul alphabet and Korean culture, visitors can take part in a variety of programs, including performances of the Bongsan Mask Dance, cooking classes using a historical Korean cookbook, learning traditional book binding and painting using the Hangeul script. The onsite Hangeul Learning Center, meanwhile, allows visitors to learn the basics of the Hangeul alphabet in a fun, easy way. 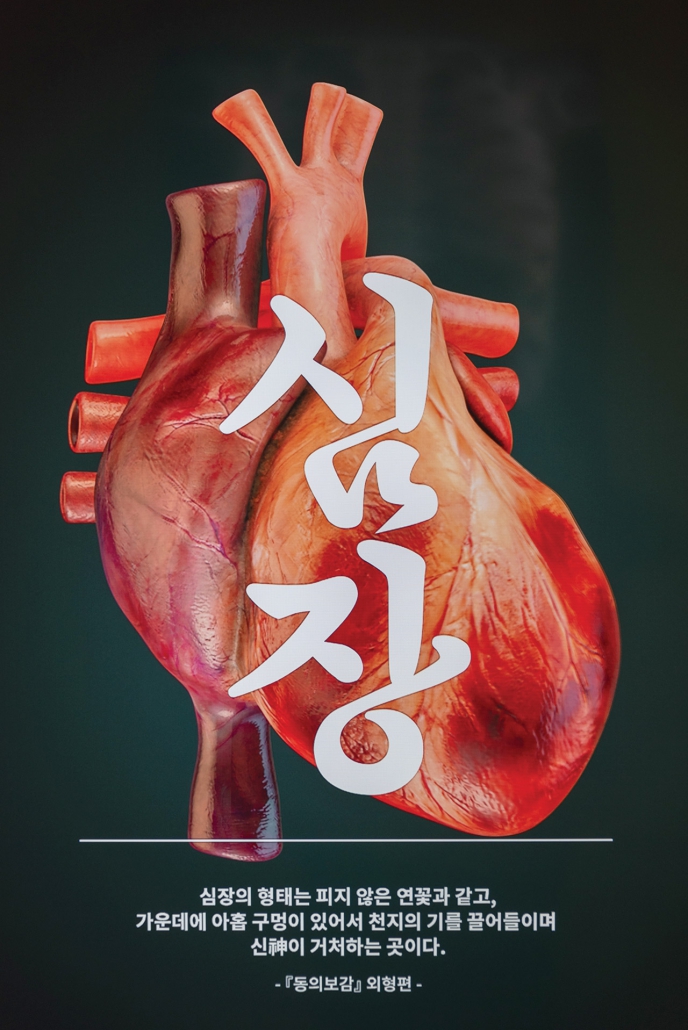 Guided tours in English provided on Wednesdays at 2:00 p.m.