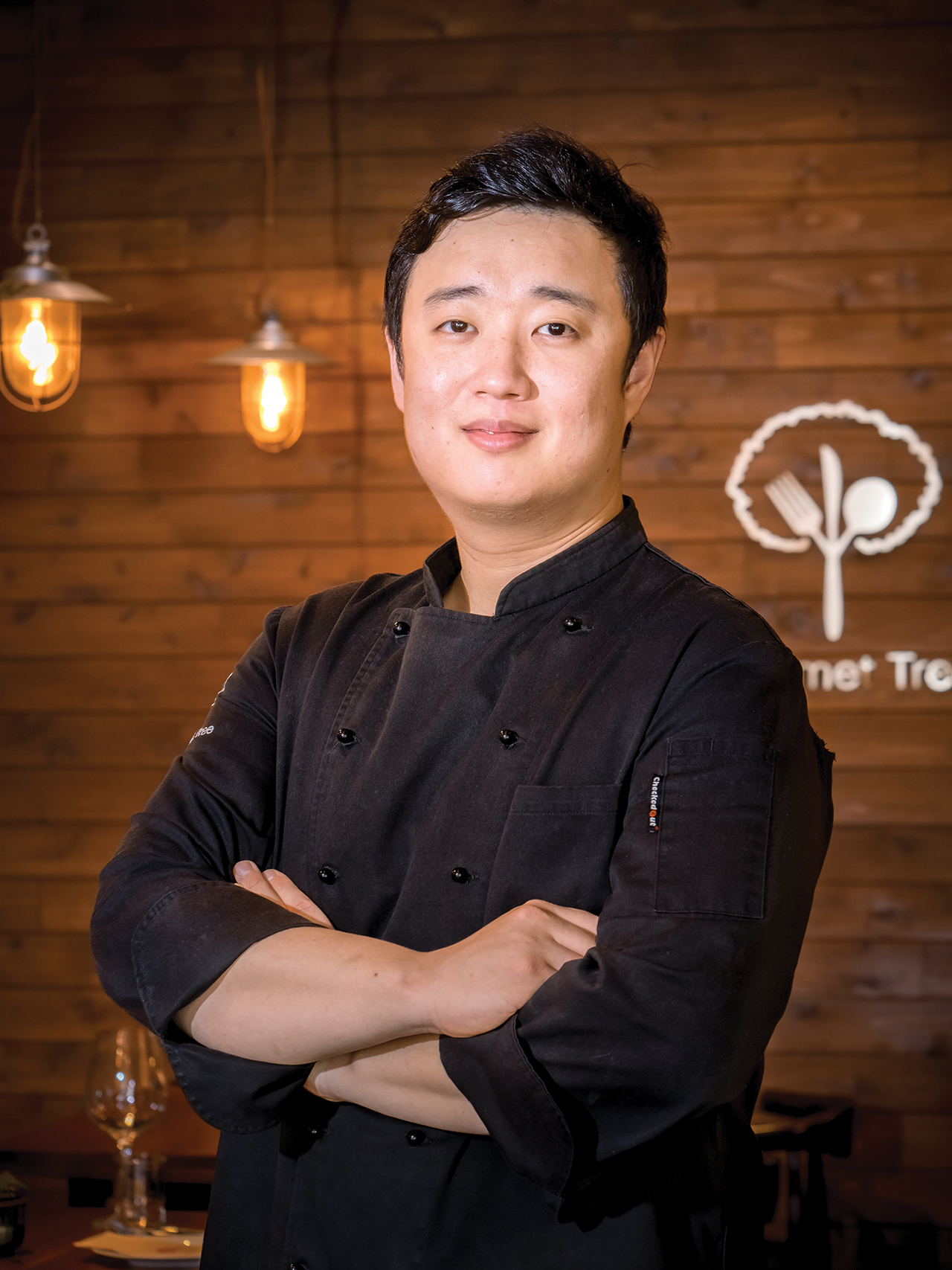 Gourmet Tree brings a bit of France to Geumho-dong

Chef Kim Sung-Mo of Gourmet Tree is a man of few words. Fortunately, he can let his food speak for him. It spins tales of far-away places, age-old techniques, and new ideas, all coming together in a cozy neighborhood bistro.

Geumho might seem like an unlikely spot for a culinarily ambitious restaurant to stake a claim.  New high rise apartments and chain developments jostle for space with older buildings and the nearby freeway. Gourmet Tree is tucked in among small businesses aimed at serving local families, like veterinarians, greengrocers, and inexpensive coffee shops. The housing might be newer, but the area itself has a homey charm and seems to harbor few aspirations towards trendiness. It’s a world away from some of the glitzier areas of Seoul, but this neighborhood feel is exactly what Chef Kim was looking for.

“I picked this neighborhood because I wanted to cook for everybody, for just regular neighborhood people,” says Kim, explaining why he chose to open a French-style bistro in the area. “I thought it was really important to make food for ordinary people to enjoy, not just fine dining. It’s why I went with a bistro concept, and why I picked this area.”

Whatever his plans, Chef Kim’s friendly French food fame has spread, especially after being listed in the Michelin guide as one of their “Plate” selections, which serve up high-quality food in less fussy surroundings than their starred restaurants.

“At first only neighborhood people came,” Kim says, “but now folks from Hannam, Gangnam and other places have started visiting, too.” 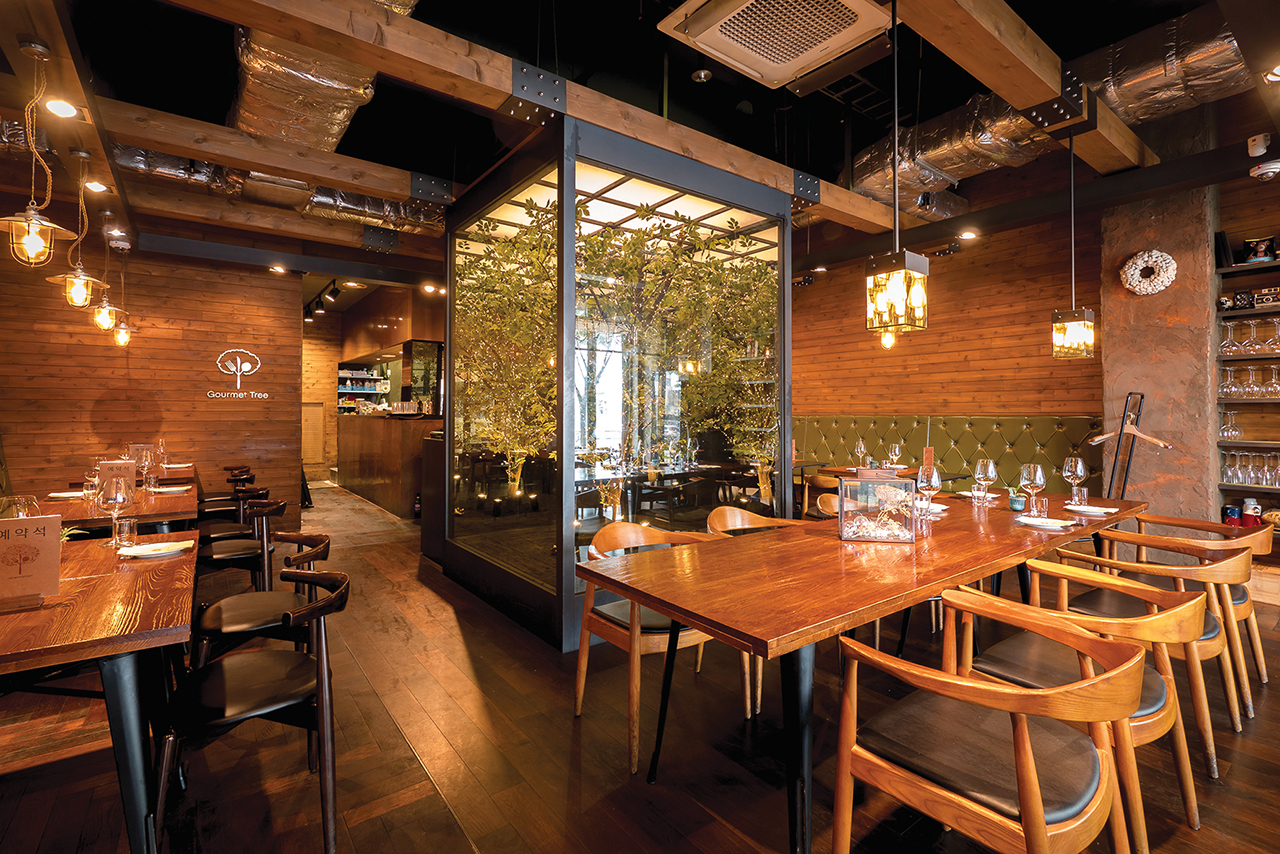 Inside, Gourmet Tree feels warm and inviting, with a dark interior filled with natural materials like stone and wood, with deep greens and browns evoking the feel of being in a forest. The forest theme is really brought home by an enormous tree in the center of the restaurant, giving diners the sense of a picnic both outdoors and intimate. Kim carefully planned the interior to evoke very specific sensations and feelings: “I decided to make Gourmet Tree feel natural, like dining among the trees and stones and grass for a relaxed atmosphere.”

The sense of relaxation even seems to steep into the menu, despite the technicality of French cuisine and high standards.  Dishes like octopus pasta and pâté could come across as fussy, but Gourmet Tree makes them seem approachable.  Even dishes like a glorious duck confit served with pumpkin puree, pickled onions and smoked squid ink salt comes across as less a masterpiece of prickly French technique and indulgence than a kind of magical picnic item. 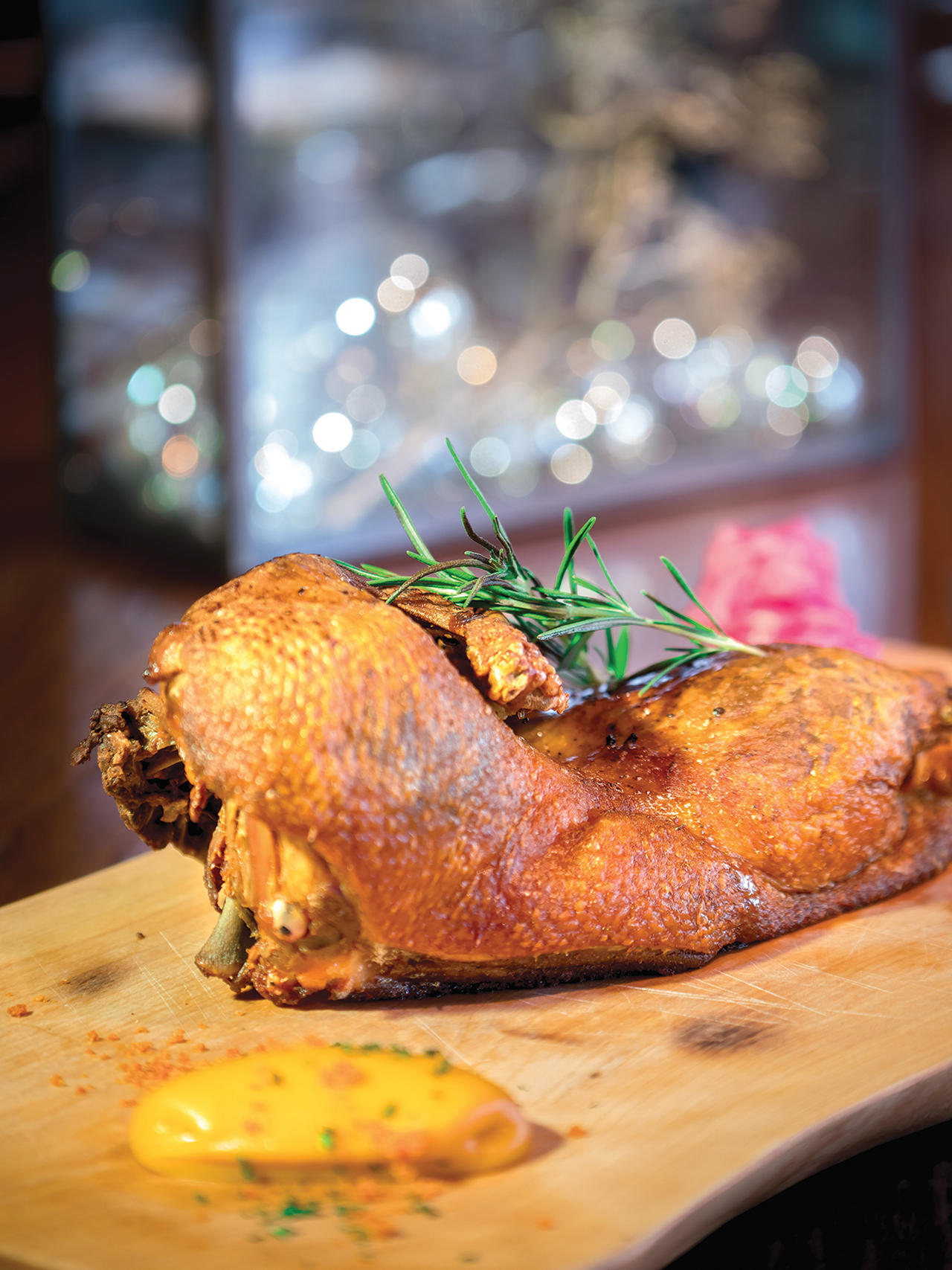 Chef Kim didn’t start out intending to be a French chef, or even a chef at all.  He explains, “I liked cooking from childhood, but I didn’t think to make a job out of it until I really started cooking during my army service. I started studying food and working in Korea, and though I would do American-style food, but ended up switching to French food.  I spent a year in France and went to Paris and Lyons. In particular, I remember this beautiful street of bistros in Lyon I used to go to and eat at.”

Once back in Korea, he started working on making French food that would suit Korean palates, adjusting the seasoning, how much fat there was, modifying stronger tastes and playing up ones Koreans prefered. The French preferences for fat, butter and salt were toyed with until they met local approval, while still maintaining the kinds of techniques that the cuisine relies on and high quality ingredients to make sure everything shines, from tender octopus in a Spanish-inspired pasta to the restaurant’s famed half duck confit, a masterpiece of crispy fat and juicy meat cooked in oil to maintain tenderness.

“Of course it’s very technique driven, and technique is really at the base of what we do. It’s technique that helped me figure out how to confit half a duck, rather than just the legs, and that’s become one of our specialties. But flavor always comes first. I try to make food I’d like to eat,” explains Chef Kim.