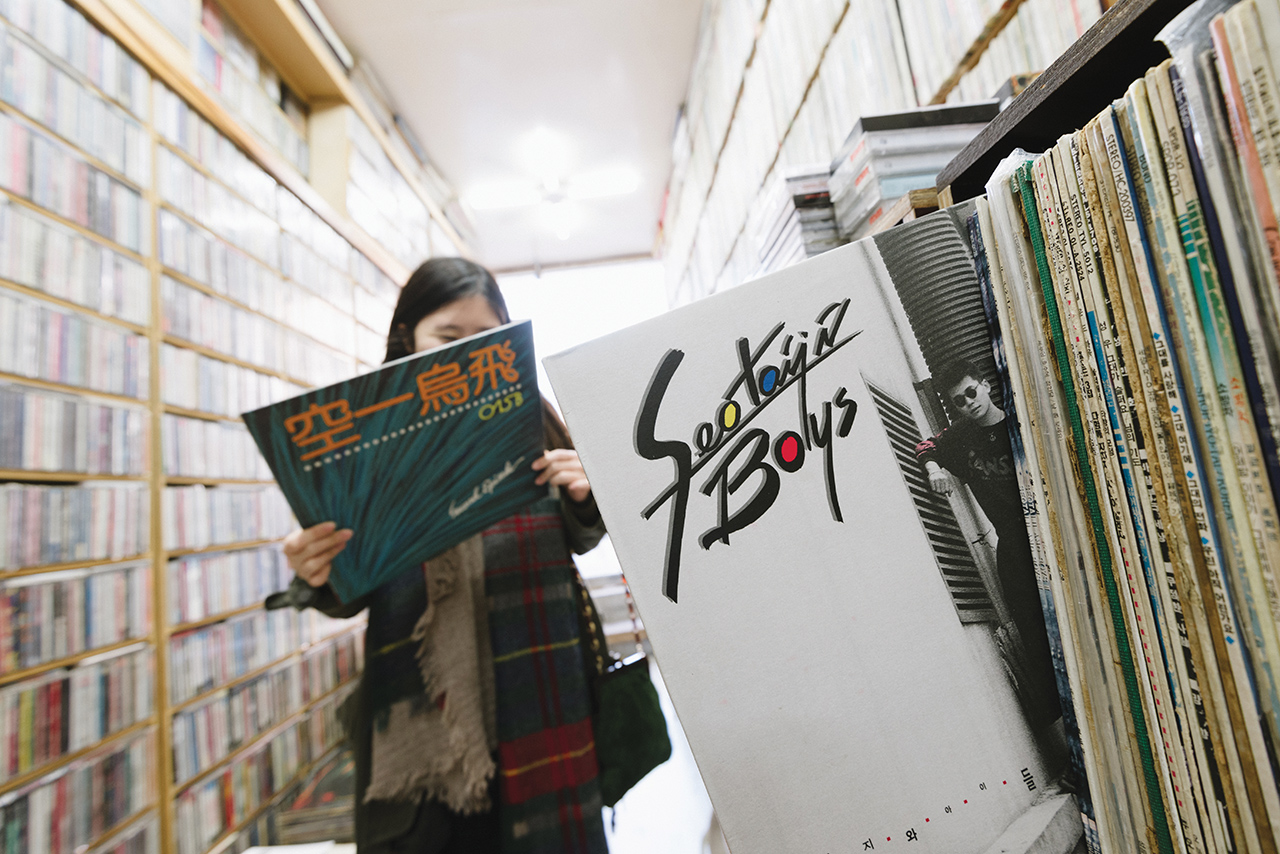 LP collecting has come back into fashion, helped along by online communities.

Kim Woo-chan has a collection of 10,000 LP vinyl records he has been collecting since his teenage years. The 56-year-old marketer wanted to share the analog experience of listening to old Western pop songs on a turntable. He started having friends over to listen to vinyl recordings, and then organized gatherings with others of his age through the Seoul government-run 50 Plus Foundation that assists 50-something Seoul residents in employment and life.

“I also wanted to share interesting episodes and stories related to each song. That’s how the ‘Stories in Pop Songs’ class started,” said Kim. “And around that time, Shareus contacted me.”

Shareus is a young Seoul-based start-up launched last year, running the online skill-sharing platform See:Near that allows people like Kim to sign up to share their skills and knowledge with anyone whose interests match. The service is one of the emerging talent-sharing online platforms in Korea connecting people to teach and learn.

Key sectors in the sharing economy have grown to rival traditional counterparts. The number of Airbnb guests totaled 155 million in 2014 with the average number guests totalling 425,000 per night. It’s nearly 22 percent more than the number of guests staying at Hilton Worldwide hotel chains annually, according to the 2015 report on the growth of sharing economy by the consulting group PwC. The report also estimates that some major sharing sectors such as travel, car sharing, finance, staffing, and music and video streaming, would grow in revenue from $15 billion in 2013 to $335 billion by 2025.

An emerging trend in sharing economy

The birth of skill-sharing platforms is a testament to the flourishing sharing economy. In 2016, the world saw the emergence of knowledge and talent sharing platforms such as Skillshare. The US-based online learning platform offers more than 20,000 online classes ranging from cooking to programming available at $12 a month. It lets anyone with skills host classes and invite anyone who is interested in learning them. The start-up, founded in 2010, raised $12 million in venture capital in 2016.

Frip is the frontrunner in the sector in Korea. Launched in 2013, the company connects some 3,000 tutors, called hosts within the service, with 6,900 participants a month in a variety of outdoor and indoor activities. The service started attracting sports enthusiasts with class offerings from hiking, kayaking and indoor climbing to Zumba dancing. It recently expanded to include non-sports classes such as make-up lessons, writing sessions and financial investment courses. It boasts some 400,000 registered members as of May, a figure that surged by 231 percent since the second quarter of last year, according to the company.

Soomgo, founded in 2015, seeks to “revolutionize” service industries by helping people find “hidden talent” in areas where they need experts’ help. It matches people with the need to learn subjects such as English, Chinese, mathematics or music composition with tutors in their talent pool. For a customized match, the service asks each user detailed questions before pairing them with just the right tutor. For example, an English-language learner will be asked about their current English level, which components of the language they need to focus on, and their purpose for learning specific aspects of the language.

Another newbie, Taling, launched in February 2016, offers some 4,700 classes in more than 150 categories, including Photoshop editing, crash courses in Microsoft Excel and PowerPoint, Chinese language, drawing, calligraphy and piano lessons. Under the slogan of “connecting every talent in the world,” it has seen a big increase in the number of users, climbing to 54,000 users in April from 6,000 a year earlier. 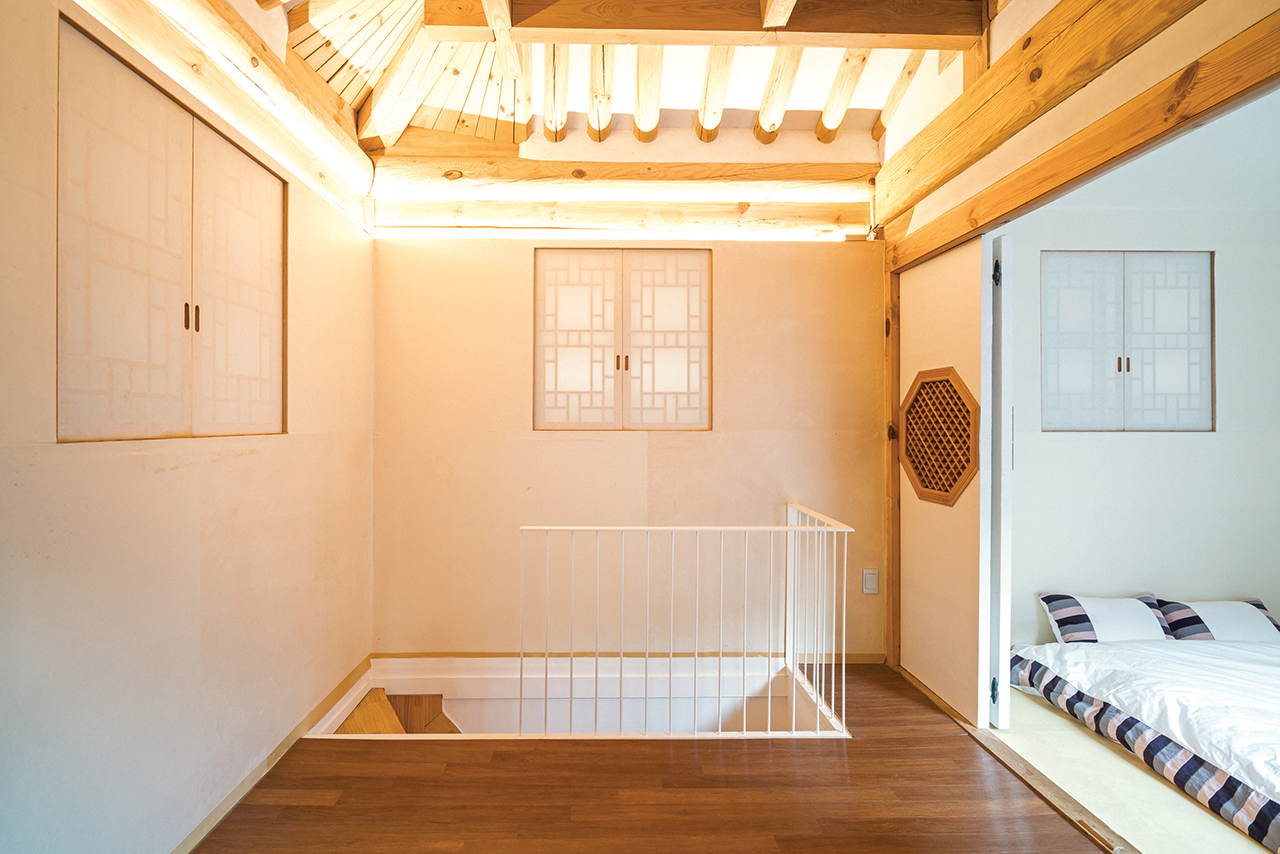 Airbnb has been a leader in the sharing economy, allowing owners of properties such as the Youngrakjae in Seochon to rent to guests.

Frip’s founder Lim Su-yeol’s search for fun in life became a basis for what Frip is now today.

Lim thought Korean lives lacked fun and ways to relieve stress. Finding that a majority of Koreans spent their spare time drinking or playing computer games, he thought they should be offered more options for hobbies. As part of the personal quest to find a solution, he recruited people who would join him on a snorkeling trip to the east coast. “If people could enjoy their spare time, wouldn’t it upgrade their quality of life as well?” Lim said in a recent interview with Venture Square.

Taling started with a similar idea by its CEO. The founder wanted to do something productive rather than idling on a couch staring at a smartphone screen. Then a student at Korea University, he uploaded posts telling people to join him in his fitness and workout sessions.

Such initiatives fall in line with how the US-based online learning platform Skillshare was born. Its CEO and co-founder Michael Karnjanaprakorn, who was also the world champion poker player, thought he could teach his poker skills to others before he turned it into a business.

While classes at Skillshare are available online, Korean skill-sharing platforms encourage face-to-face interaction with most classes taking place offline. Such interaction responds to the collectivity and emphasis on community that run deep in the Korean culture. Efforts are still made to keep people engaged with their neighbors and friends on a community level.

The Seoul Housing and Communities Corporation and the Seoul-based Hope Institute have launched a program to breathe a sharing spirit into apartment complexes where life becomes increasingly isolating with lack of human interaction.

The initiative called “Creating a Happy Apartment Community” encourages residents to share their skills with neighbors. Several apartment blocks in Seoul are participating in the initiative, inviting residents to meet their neighbors and find out their skills and interests. Classes created include how to make a good gimbap, a Korean rice roll with veggies how to make handmade organic cosmetics and how to play traditional Korean games.

Some people discover life opportunities while unlocking their hidden talents, while others find meaningful ways to spend their retirement years.

Moon Ye-ram has been teaching makeup skills at Taling since February of last year.

“I was trying several things at the time. My major was acting so I was preparing for auditions,” said Moon. “Then I thought I could start doing something new using what I have always been good at.”

She has been skilled at applying makeup since middle school, but she never thought about making it more than a hobby. She didn’t have any credentials or an established career that would prove her makeup skills. Then her friend tagged her name in a Facebook post recruiting people with makeup skills. That’s how she began a new career as a makeup specialist. While teaching people via the skill-sharing service, she studied for a certificate in makeup to be officially licensed as a makeup artist.

“Now teaching at Taling takes 80 percent of my work time,” said Moon. She offers make-up lessons to people varied in age and professions. Her students are mostly young office workers in their late 20s and early 30s, but she also met unique students, like a teenage daughter and her mother.

Teaching opportunities come as a good option for retirees to prepare for their life after retirement.

Kim Woo-chan has met seniors in his music class who are concerned with their life ahead. “I met a gentleman who retired as the branch manager of a bank. Retirees are going through the moment of looking back their career and feeling uncertain how to respond to their present situation,” said Kim.

“I would like to say sharing your expertise built during your professional career or any skills developed as a hobby can be a nice way to prepare for your life after retirement.” 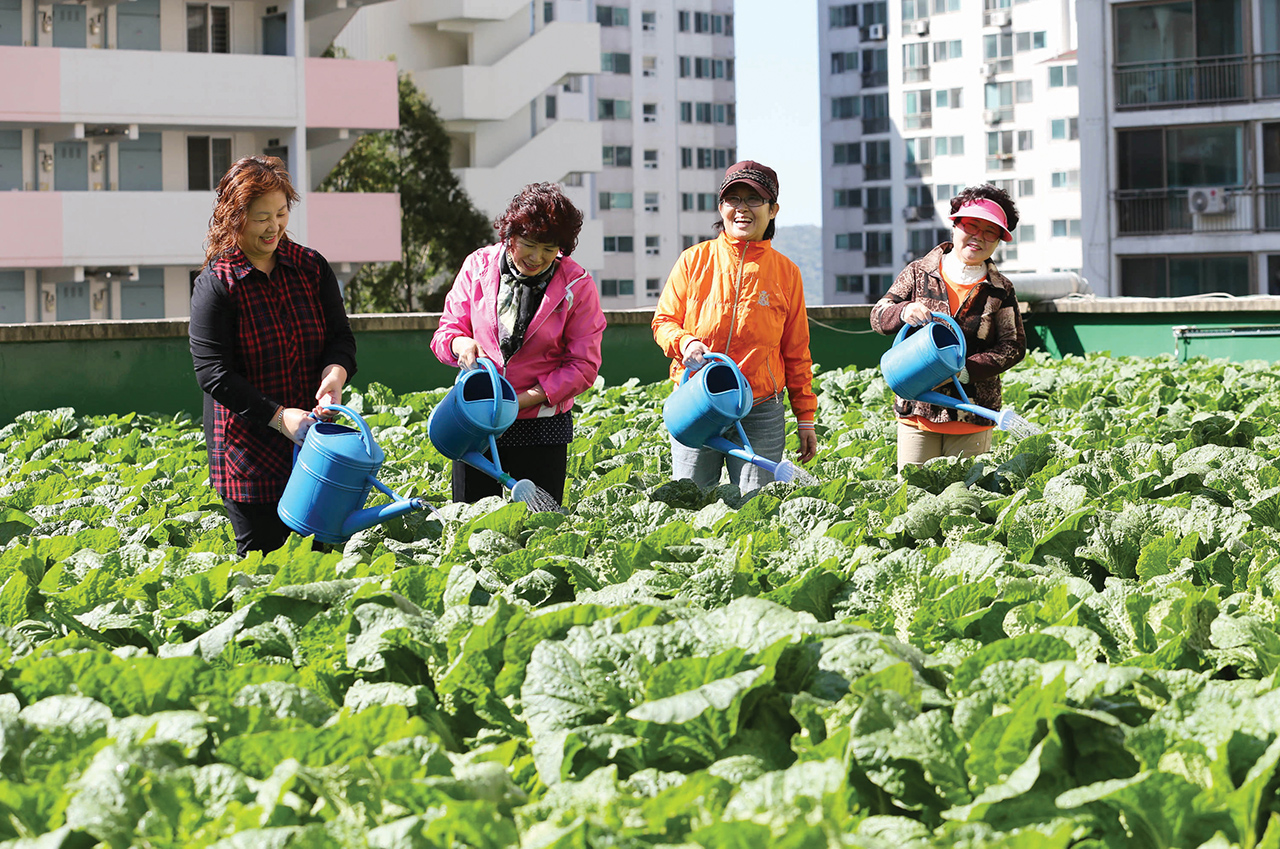 Local residents of an apartment complex in Geumcheon-gu get together to raise cabbage on the roof.
They will later turn the cabbage into kimchi, which they will distribute to those in need.

Korea abounds with private academies, called hagwon, which play an indispensable part in the lives of people coping with the competitive education system. People devote so much energy and time at hagwon during school years that the very thought of them can become a psychological burden.

Lifelong learning is a necessity, though. Experts say continuing education enriches life by helping a learner cope with the fast-changing world, bringing higher paychecks and broadening job opportunities. Most of working professionals, however, are hesitant to devote time from their busy schedules to learning something new.

“I think we are in a transitional period between traditional school education and the need to learn new skills for a professional career in this fast-changing world,” said Lee Byung-hoon, CEO of Shareus. “That’s why people keep looking for ways to learn.”

The online learning platforms emerged when people begin to embrace all forms of learning. The businesses have found a niche in the Korean education sector as a substitution for hagwon. Within a short period of time, the skill-sharing services have been able to offer an effortless way to continue learning without burdening already busy lives.

Choi A-reum, a 26-year-old office worker, wanted to learn how to invest. But she didn’t know how to invest her monthly paycheck other than putting it in a savings account with a low-interest rate.

She said, “I always thought of the stock market as a gamble. But I decided to give it a try.”

She looked for stock investment classes at hagwon, but couldn’t find one that could accommodate her busy work life. She said, “It was hard to find a class available during weekday evenings and I didn’t want to travel far for class after work or attend on weekends when I need to rest.”

Her colleagues recommended she take a stock investment beginner’s course at Taling. The class, conducted by a young financial expert at a rented study space in the Gangnam area, suited her needs in every way.

“It’s close to where I work. The class was so fun with the tutor’s easy explanation,” she said. “Now I understand what business newspapers are saying.”

CEO Lee of Shareus said participants could also get life lessons from his senior tutors.

“I would like to offer seniors’ wisdom to people,” said Lee.

Lee recruits tutors over 50 years old with rich life experiences and expertise. Shareus offers unique courses such as personality tests, Chinese Astrology and calligraphy. Lee believes that retirees are equipped with not only expertise in their fields, but also with insights into life.

The idea took off from Lee’s personal concerns with career and life. Having worked at an IT company for 17 years, Lee felt anxious about having to find a way to take his career to the next level. He felt talking to someone older than him helped reduce the anxiety he felt towards the future.

“What they have is life experience. We have a tutor who teaches calligraphy. She studied painting in college, then immigrated to Argentina to do a fashion business and returned to Korea later in life. She now teaches calligraphy with us. Her calligraphy lessons offer more than just ways to do stylistic writing,” he said.

Some senior tutors take more effort in guiding their students in their search for an answer to their life. A tutor who runs a personality test helped one of her participants resolve an issue with his social skills.

“She devoted an hour to consulting her student even after the class,” said Lee. “Usually young people are reluctant to talk to seniors because of a generation gap. But sometimes, the life we experience is not so much different.”

Lee said he would continue to keep the classes in small numbers so that tutors and students can create valuable exchanges. Lifelong learning may continue as long as we are engaged with those around us.