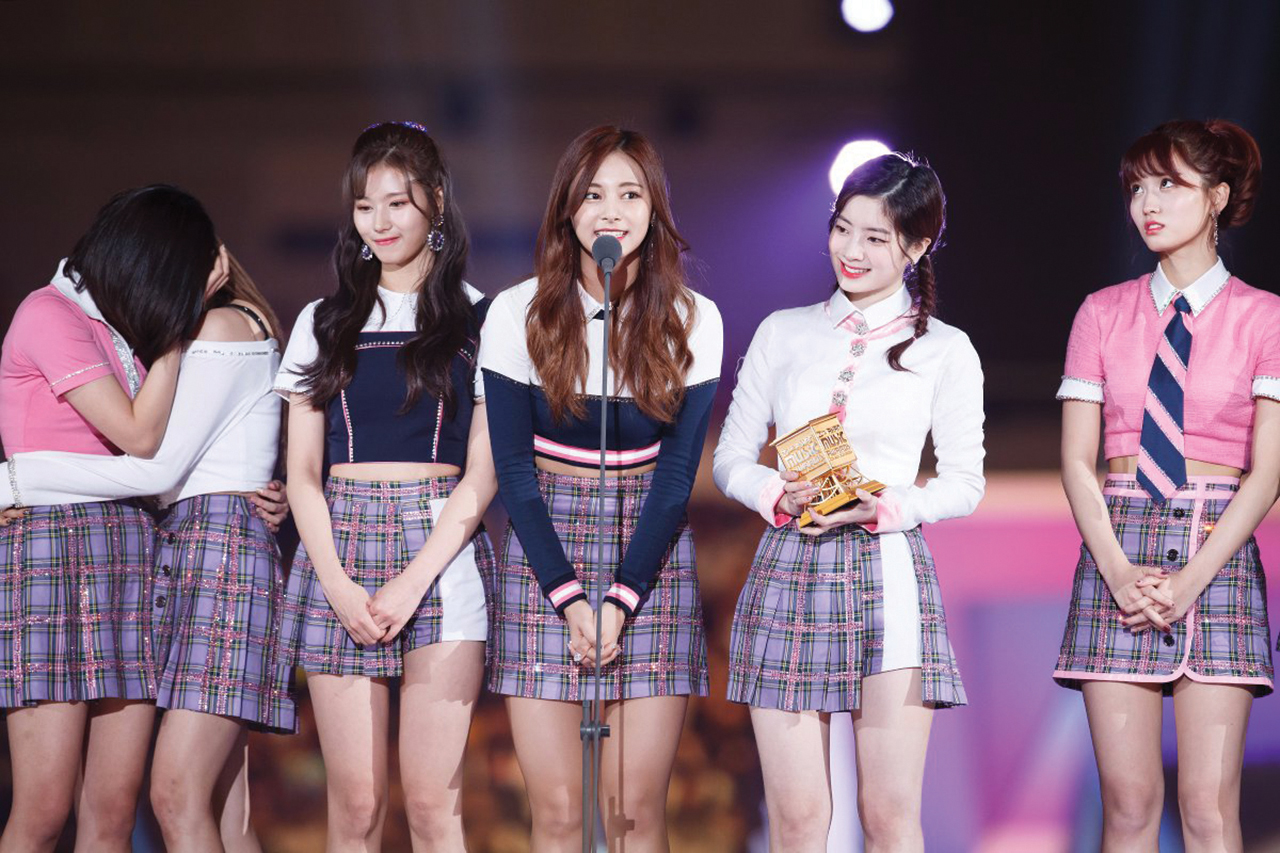 No, you shouldn’t get a trophy for showing up

Music shows are plentiful  in Korea. Award season makes this even more apparent as award show after award show is broadcasted and fandoms are pitted against one another in battles for awards that rarely end up going to who people voted for.

Let’s just say multiple fandoms, lead by Exo-Ls, petitioned the Blue House, as in the actual Korean government, to abolish the MAMA awards by Mnet because they were outraged by the results and claimed they were unfair based on the votes cast. It currently has over 20,000 signatures.

As K-pop and Korean music continues to gather interest around the world, the shows need a definite rehaul to not only appear fair and legitimate, but simply, to be better.

In many award shows, fan voting counts for a large percent of who will end up winning an award. Sometimes it’s quite a large portion, like 30 percent. Other factors that decide the recipient are things like album sales and a judge’s panel. The problem with this is that it’s all arbitrary. One group could be leading by a very large margin in the fan votes and even album sales, but end up losing to the third or fourth placed group because the judges’ votes are weighed more heavily.

If this is the case, why let fan votes count at all? Why not just make it industry experts who vote for winners, or a panel like the Academy? If the fan percentage ends up not mattering at all, then why bother and just create fandom drama? Because it brings in ratings, I know, and money …

There is no system I hate more than asking fans to pay money to cast votes for their favorite artists. It’s a money grab. That’s all it is. There is no merit in it. Have the money go to charity and only then will I find this method redeemable and bearable.

There is the concern of classism here, that more wealthy fans or those with incredible numbers will always win and outspend their competition. That is an inherent problem with this type of voting, and it always will be. There is no way to make it fair. Just because more money is spent on an artist doesn’t make them more entitled to an award.

If a show requires its voters to pay to cast their vote, that vote should not only be worth more, as there is a monetary value attached, but also, most importantly, it should be honored. If enough people throw enough money into your contest, then their money is not only supporting your show and company, It’s also an agreement that whoever wins this contest should actually be presented the award, allowed to perform, and actually … be invited.

I speak of the 25th Seoul Music Awards wherein JYJ’s Kim Junsu won the popularity award by paid voting but was not invited to the show. The show producers explained this was due to a focus on the “major award categories,” which no one, including Junsu, bought. Pun intended. The furor over this was so great that the mayor of Seoul forbade the show from using the city’s name in future award shows.

In Korea there is something called chemyeon, which best translates to “saving face.” The fear you could offend someone and being eternally concerned about what others think of you is a strong cultural drive here. This even applies to award shows where sometimes artists simply get an award for showing up. Or rather, awards are invented to get certain artists to come and perform, which is the only way certain fandoms will watch. The Best of Next award, anyone? These shows, and companies, appeal to agencies by making sure everyone they deem important enough is included.

It’s a not-so-secret secret that Korean music award shows will not give awards to artists who do not attend the show. It’s even in some programs’ rules. And while I understand the desire to have performances of winning songs, imagine if the Oscars or literally any other award show had the rule that you could not be given an award if you weren’t physically there. It’s just dumb.

Award shows are clearly important to give legitimacy and celebrate Korean music domestically and in Asia. However, voting needs to be more transparent, awards need to be more genuine and someone needs to please hire better camera men.

Can You Fall in Love with a Robot?

Quitting in Pursuit of Happiness
Scroll to top
댓글 로드중...