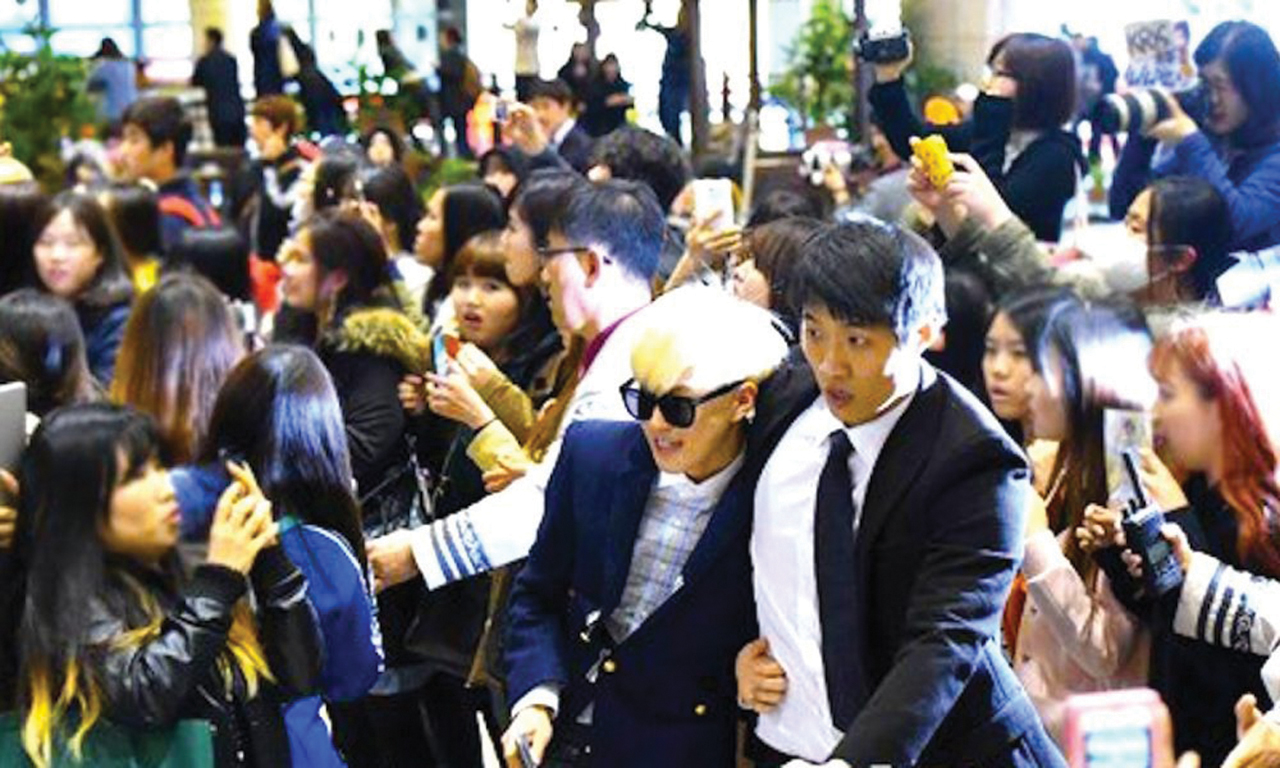 K-pop fans have always been the enthusiastic sort, and the chance to get a glimpse of their favorite idol is an exciting one indeed. While there are many who would simply be happy having the chance to see them, there’s others that will stop at nothing until their idol knows exactly who they are. This is a sasaeng.
These fans are so intrusive that even their name comes from the word sasaenghwal, which means privacy. It’s that which they violate on a daily basis. This includes getting on the same flights as the idols. They follow idols at any cost, most infamously hiring out taxis all day long to chase after company vans, often at high speeds. This has resulted in multiple accidents.
BTS sasaeng have obtained their schedules, passports and other personal information and offered to sell it online. Invading the privacy of their favorite idols is a rush and an accomplishment for sasaeng. This has taken the form of finding out cell phone numbers and calling and texting them, hacking social media channels and hacking phones themselves. Super Junior’s Eunhyuk’s phone and twitter were hacked, the sasaeng posting indecent photos for all to see.

A lasting impression, even if a negative one

In terms of idols being attacked, like T-ara’s JiYeon, who had her hair violently pulled by a male fan at the airport, the sasaeng longs to become a memory for their idol, even if that memory is a negative one. Exo’s Kai was pushed so violently by a sasaeng at the airport that the other band members had to help him walk, and 2PM’s Taecyeon received a letter written in period blood.
Sasaeng have snuck inside of dorms, hotel rooms and homes of idols, taking photos and videos of them while they sleep and shower, as well as touching and kissing them. (This most notoriously happened to JYJ, generally regarded as having the most intense sasaeng in the industry.) The more popular idols can have anywhere up to 200 sasaeng fans who follow them at any given time. G-Dragon often caught sasaeng outside his home and had to post on social media, asking them to “… please stop, you’re scaring my mother and sister.”
Many idols have come home to find their apartments and dorms broken into. If the sasaeng aren’t hiding inside, items are missing, typically undergarments, and there’s sometimes even presents left behind. F.T. Island came home one night to find feces in their apartment and multiple personal items stolen.

Entertainment companies have barely taken any measures against the fans because they are, financially speaking, too good to pass up. They buy everything and they create media play because it means the group is popular; that means more money, even if it risks the safety of the idols.
WannaOne is only the latest group to suffer from the sasaeng plight, and very severely at that. Their fanclub, Wannables, wrote a letter to YMC Entertainment demanding they take better care of the boys, who have been stalked and mobbed constantly since even before their debut. Since then the agency has only reprimanded the sasaeng but hasn’t actually done anything to deter them further.
While social media has calmed some sasaeng down, it’s also allowed others to more easily track and share the whereabouts and details of idols’ lives, both professional and personal. One can only hope agencies start investing more in the safety of their employees than in their promotion, but that’s probably as likely as sasaeng stopping their stalking altogether.