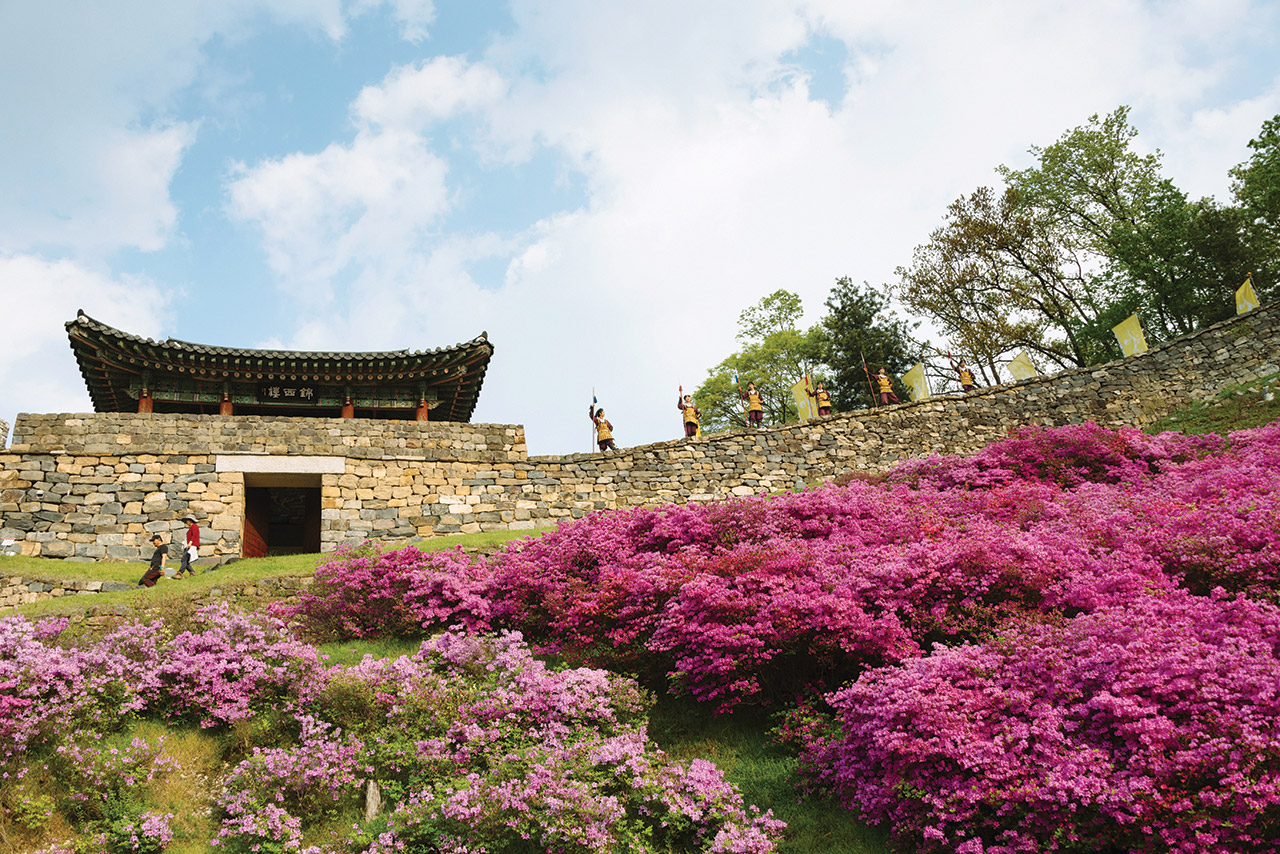 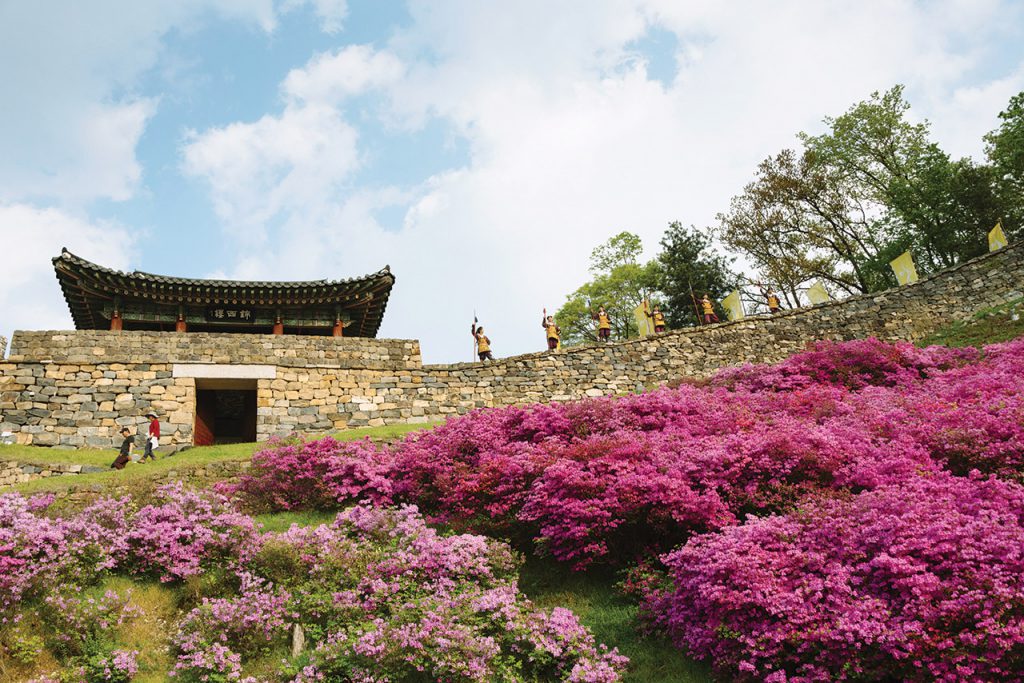 Nestled in a bend on the lazy Geumgang River, the provincial city of Gongju welcomes visitors with its small town friendliness and rustic grace. The community’s pastoral charm, however, belies its history of royal greatness. For 63 years, from 475 to 538, Gongju was the capital of the powerful Baekje kingdom, whose civilizational accomplishments not only shaped Korean culture, but the cultures of Korea’s neighbors as well.

Most visitors to Gongju come to take in ancient historical sites likes its old royal fortress and historical tombs. Nowadays, however, the city’s old downtown, with its charming cafés and workshops hidden in quiet alleyways, is becoming its own attraction. Just an hour and a half from Seoul, the town makes the ideal weekend getaway. 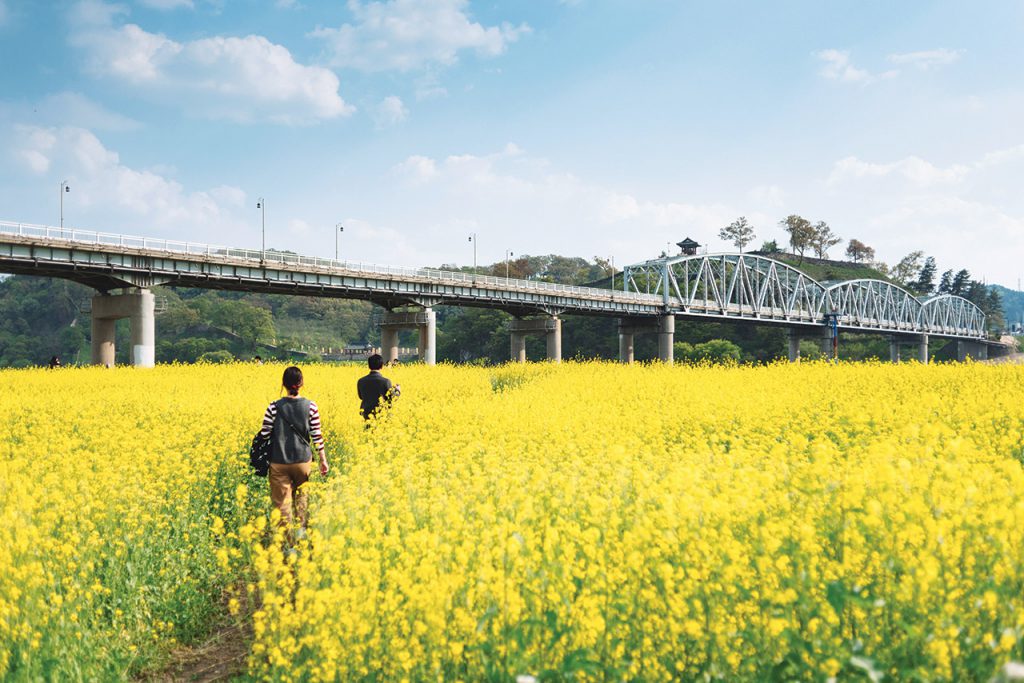 City of the bear

The kingdom of Baekje (18 B.C.–A.D. 660) was one of the trio of powerful states that vied to rule the Korean Peninsula during the so-called Three Kingdoms period. Controlling southwest Korea and, at its height, the Hangang River valley, Baekje enjoyed vibrant commercial relations with neighboring countries, especially China and Japan. Based on its wealth and cosmopolitan orientation, it developed an especially sophisticated civilization. In particular, the kingdom played an important role in transmitting continental culture, including Buddhism, to early Japan. 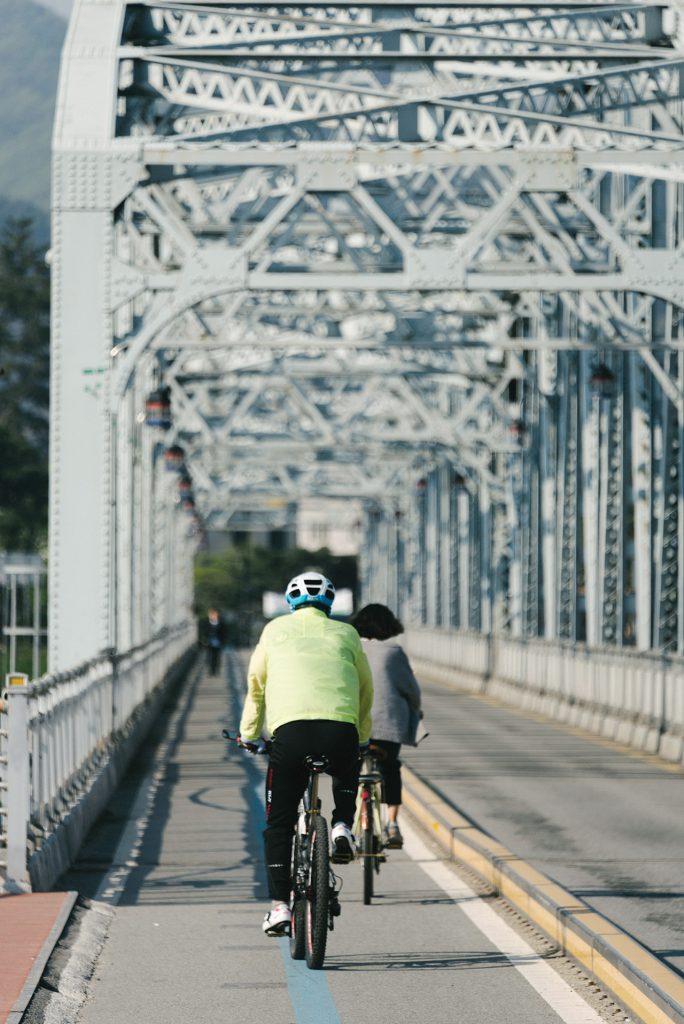 Baekje reached its territorial height in the fourth century, when it controlled almost all of western Korea from its capital in what is now the Seoul area. In the fifth century, however, the kingdom came under increasing pressure from rival kingdoms. After losing the Hangang River valley to the northern kingdom of Goguryeo, Baekje relocated its capital to Ungjin, a defensible position on the banks of the Geumgang River in 475. The name of the town, today’s Gongju, means “Bear Port,” and comes from a local legend.

Ungjin served as Baekje’s capital until 538, when the kingdom moved its capital once more to the nearby town of Sabi, today’s Buyeo. Gongju’s Baekje legacy is best seen in two of the city’s most popular destinations, Gongsanseong Fortress and the royal tombs at Songsan-ri. Both of these were added, along with Baekje sites in nearby Buyeo and Iksan, to UNESCO’s World Heritage List in 2015 under the title “Baekje Historic Areas.” 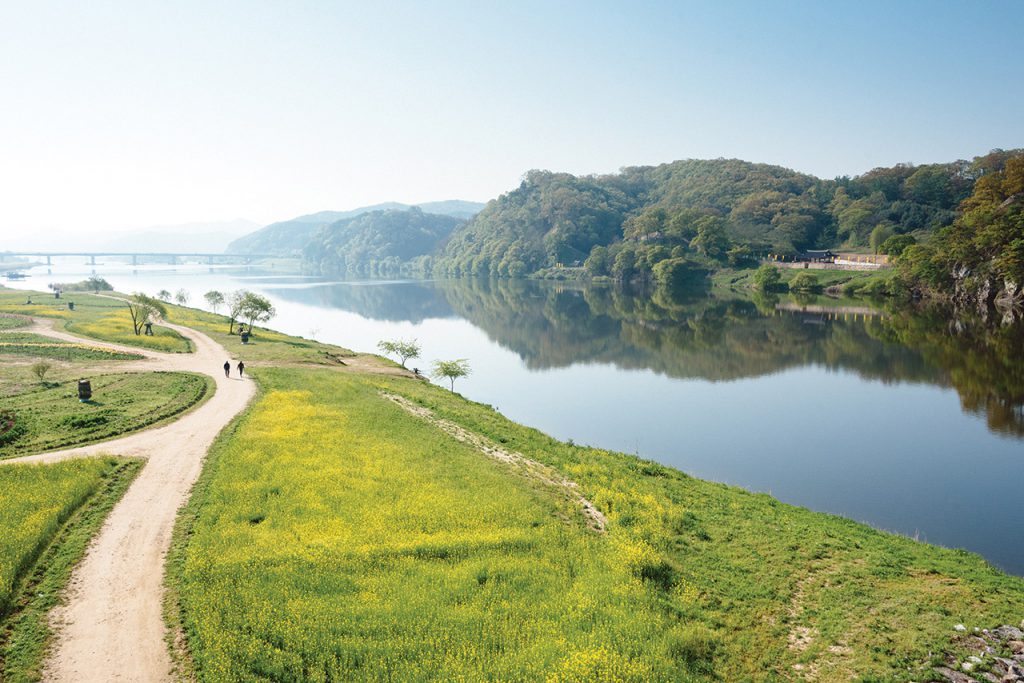 While not Korea’s most famous fortress, historical Gongsanseong Fortress is certainly one of its prettiest. Snaking its way for 2,660 meters along a hilltop overlooking the Geumgang River, the system of stone walls, gates and lookouts once protected Baekje’s royal palace, the site of which has been excavated. The walls make for a very picturesque walk – the views over the river and hills beyond are inspiring, especially at sunrise and sunset. 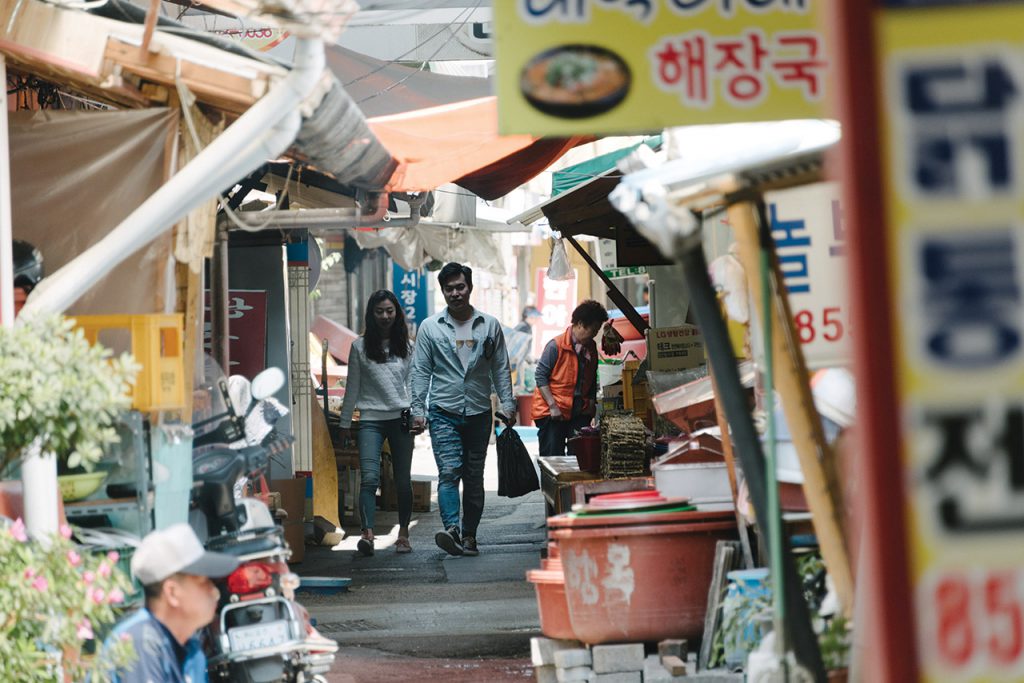 You can enjoy pleasant views of the fortress from the popular park located across the river, too. In spring, the park’s fields are ablaze in bright yellow canola blossoms, making it a popular picnic and date spot. Spanning the river under the fortress is the scenic Geumgang Bridge, a steel truss bridge that was completed in 1933. Both the fortress and the bridge are lit up at night.

Atop a hillside overlooking town, surrounded by thick forests, is a cluster of grass-covered mounds. These mounds are royal tombs from the Baekje period. A total of seven tombs have been discovered at the site, which is properly called Songsan-ri.

Imperial Japan conducted excavations of the tombs in 1927 and 1932. In 1971, however, workers accidentally discovered the most famous of the graves, the Tomb of King Muryeong, while they were installing a water drainage system. As the tomb was miraculously undisturbed, it proved an archaeological gold mine, yielding no fewer than 2,906 artifacts, including a pair of royal diadems. 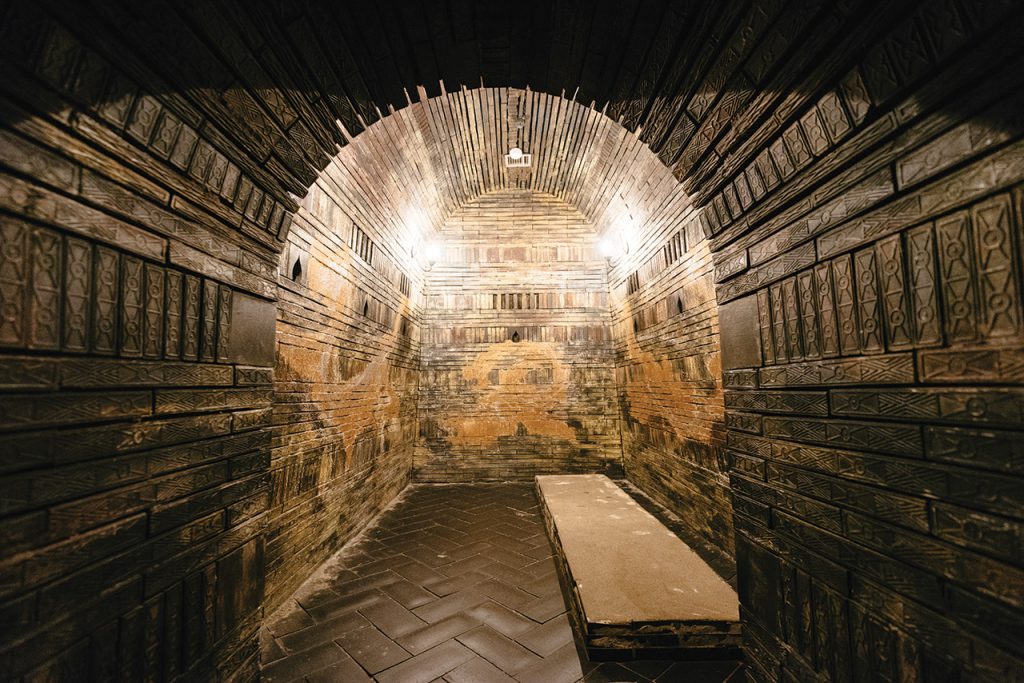 In order to help preserve the tombs, visitors are no longer permitted to enter them. Authorities have erected scale replicas of the tombs’ interiors at an on-site exhibit hall, though. Visitors can see some of the artifacts excavated from the tombs at the nearby Gonju National Museum, too.

While Gongju is better known for its ancient history, more and more visitors are falling for the city’s more modern charms.

The Jemincheon Stream cuts through the heart of Gongju’s old downtown, from Mt. Cheolmasan to the Geumgang River. Recently cleaned up and beautified, the stream makes for a very relaxing stroll. The stream is flanked by pleasant, quiet neighborhoods of quaint alleyways lined by old homes. While the area is still overwhelmingly residential, creatively minded individuals have been turning some of the old buildings into cafés, teahouses, workshops and guest houses. 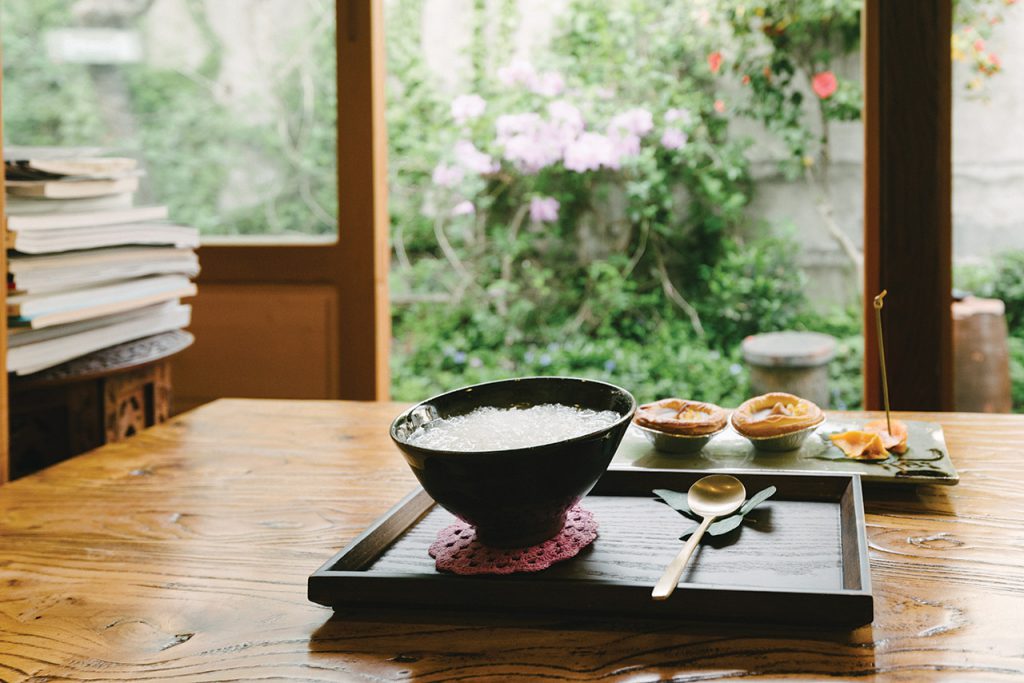 One highly recommended stop is the gorgeous Lucia’s Garden, a teahouse hidden in one of the alleyways near the stream. The renovated Korean-style home and garden is a sublime spot to enjoy a cup of tea with a snack. International design publications such as Designboom have featured the shop, the work of Gangnam-based architecture house studio_GAON. 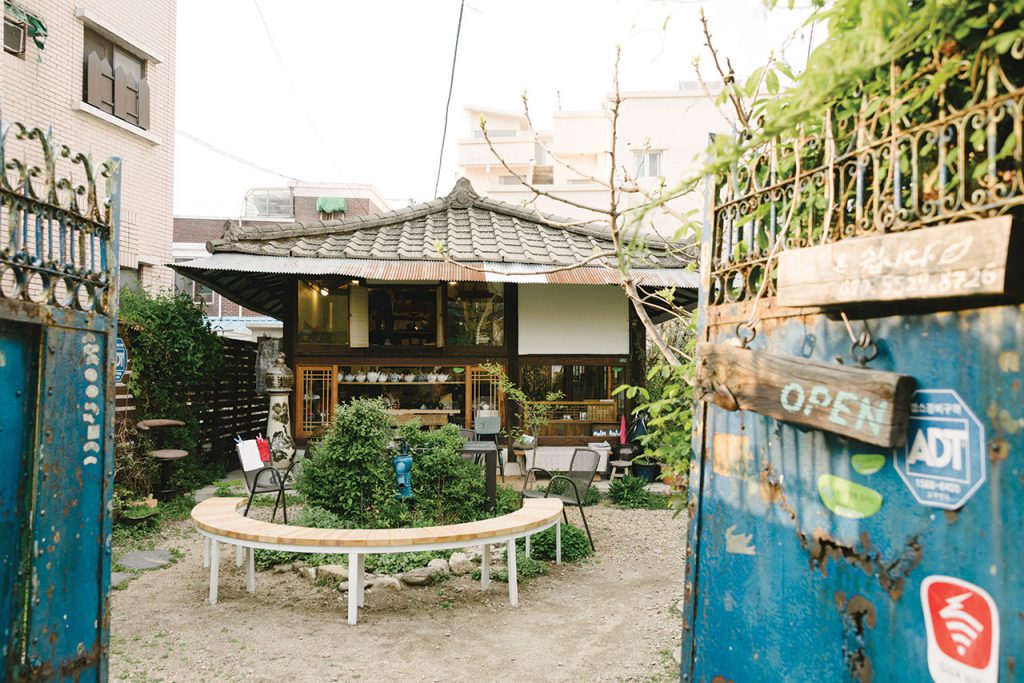 Another charming spot is Bach, a book café serving coffee, sandwiches and desserts. It also hosts cultural events like film screenings. The artistically decorated café Jeminnae serves desserts made with fermented milk, or kefir. The sprawling Sanseong Market, also near the stream, is a fun place to explore, too.

Baekje was a devoutly Buddhist society. Not surprisingly, therefore, the mountains surrounding Gongju are home to several large Buddhist monasteries.

Mt. Gyeryongsan, the centerpiece of the eponymous Gyeryongsan National Park, hosts two important temples, Gapsa and Donghaksa. The later is also a training center for Buddhist nuns. A hiking path links the two temples, passing a pair of old pagodas.

Magoksa Temple, a large monastery to the west of town, is a veritable museum of Korean traditional architecture. Its two-story main hall, which dates from the 17th century, is especially lovely. The five-story stone pagoda in the courtyard, tipped with an ornate metal finial, reveals the influence of Lamanism from Yuan Dynasty China. The temple is surrounded by beautiful streams and forests, making it a perfect place to walk and recharge. 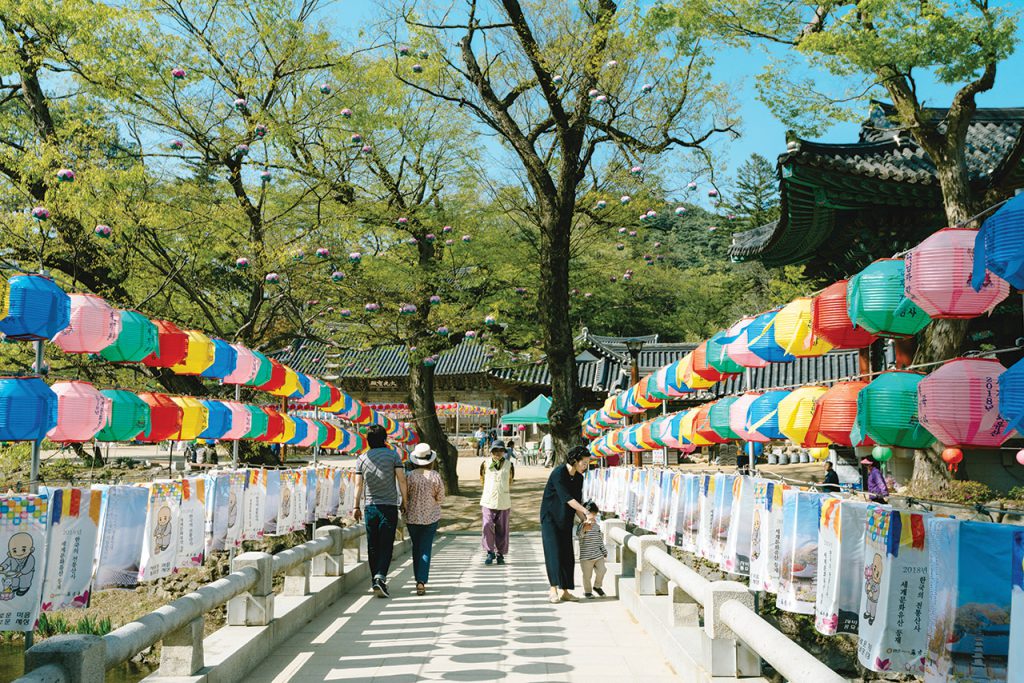 EAT> The Sanseong Market is a good place to score good, simple eats. Locals recommend the gukbap and stone-cooked galbi at Sae Ihak Garden, near the Geumgang River. Another local specialty is kimpitang (“Kimchi Pizza Tangsuyuk”), a dish of sweet and sour pork covered with tomato sauce, cheese and kimchi.
Gongju is especially renowned for its chestnuts, which are also used to make makgeolli.

Walking On the Clouds 롯데월드타워