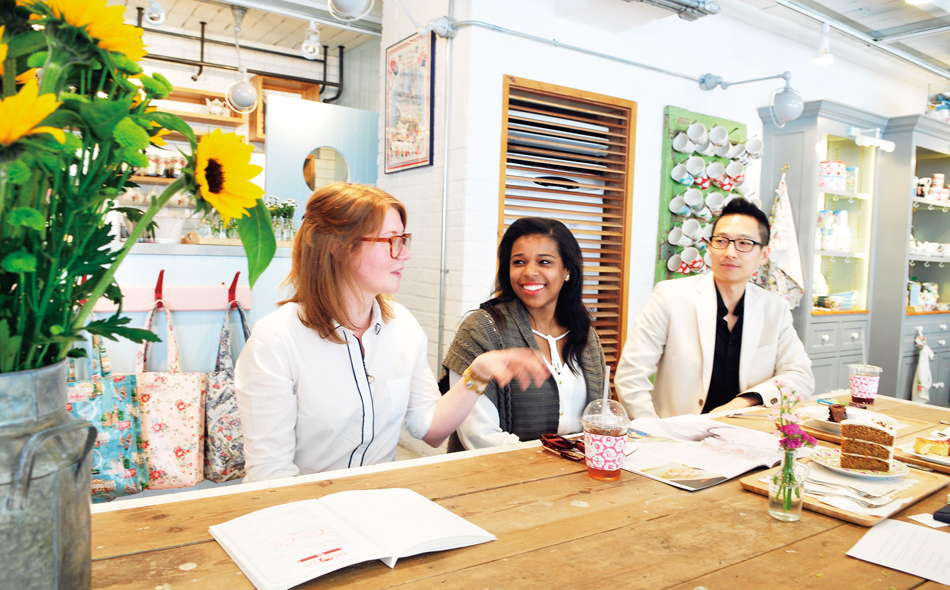 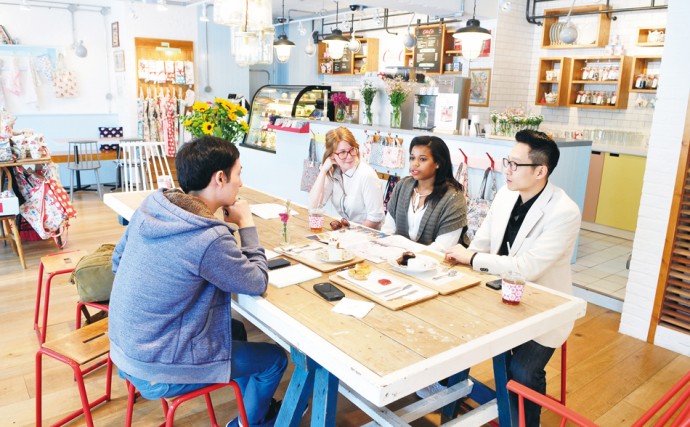 A conversation about the benefits and difficulties of eating, cooking and dining out in Seoul

Moving to a different country means changing a lot of things—location and job are the obvious ones, though there are a multitude others. One that seems to hit a lot of people differently is the basic but crucial reality of having to change the way you approach your daily diet. Different countries have abundances and deficiencies of different ingredients; prices can also vary greatly depending on where you are in the world. Strawberries, for example, are notoriously expensive in Seoul, as is most fruit. However, if you’re into vegetables and variety, Korean traditional markets are hard to beat. Grocery shopping can be a challenge when you don’t have a car, especially when different places carry different items. Trying to find which restaurants you like can also be a struggle when you’re accustomed to particular flavors that are difficult to reproduce. Joseph Ko from New York City has trouble finding a good sandwich or hamburger. Saida Harpi from Pennsylvania eats less fruit these days because of high prices. Jaime Stief from Toronto doesn’t like to eat out too much for fear of questionable ingredients. We pulled aside these three members of Seoul’s international community and asked them what eating in Seoul has been like for them.

SEOUL: How has your diet changed since arriving in Seoul?

Saida (international student at Yonsei University): I eat a lot more meat here. It sounds strange, considering how much meat Americans eat, but there’s always some sort of meat available, especially with the fried chicken culture. I call myself Tyrannosaurus Rex. But it’s cooked in a lot less butter and oil; it’s not as heavy.

Joseph (founder and CEO of Prodigy Academy in Samseong-dong): My portions have definitely changed. Americans have really large portion sizes, and when I visited home for a while, I couldn’t keep up with my friends.

Saida mentions that the benefit of eating less in Korea is often contradicted by the increased level of alcohol consumption. Korea’s delivery culture also results in a lot of late-night dining.

SEOUL: Which ingredients are difficult to find here that you can easily get back home?

Joseph: Deli sandwiches are pretty lacking here; only one slice of meat.

Saida: Limes! You can’t find a lime in Korea. It turns out there’s only one farm, owned by a politician or something, that provides limes for the entire country of Korea!

Joseph: I wanted to make my pasta better one day, but I didn’t know where to get fresh basil.

Jaime (writer and editor): Arugala, or other certain vegetables are very hard to find. I have a friend that started growing some. Green beans are very expensive, and cilantro is only available at foreign markets.

All parties agree that one of the chief difficulties of grocery shopping in Seoul is that it’s almost impossible to find everything in one location. Certain markets seem to have a monopoly on specific ingredients while refusing to carry others. Even big grocery franchises always lack a few crucial items that some smaller marts carry. Department store groceries are key for rare imported goods, as well as markets in Itaewon—but everything comes with a price.

Jaime: I go to Emart when I’m looking for a very specialized Western product or a very specific beer. I live in Itaewon, so I have a lot of access to foreign food items, but it’s expensive.

Saida: It’s always a long walk home, so I have to be careful about what I buy.

Joseph: I used to go to places like Homeplus at night, but since they don’t open past midnight anymore, I don’t really go as often.

SEOUL: What do you eat more of in Seoul?

Joseph: I order in a lot here. It’s just really hard to get home sometimes, and I have a smaller kitchen—that’s probably just an excus—but I try to find places with quality. And then there’s McDonald’s and Burger King delivery! Oh man …

Saida: Chicken! I’m going to sprout feathers soon! But I must say, Koreans have perfected the art of fried chicken. I also eat more pasta here. I think it’s actually better than the pasta I had back home.

Jaime: For me, I’ve actually cooked a lot more at home here, whereas I got takeout back in Toronto all the time.

SEOUL: Where do you go to eat out?

Jaime: Obviously, the Itaewon area, but if I do leave my neighborhood, I’ve been going to Sinchon a lot more in the past month.

Joseph: Apgujeong and Gangnam, because that’s where I can get some good burgers and sandwiches.

Saida: I go to Sinchon a lot, being a Yonsei student, but I went to this one place in Hapjeong recently, a Pho restaurant that I thought was incredible!

SEOUL: What kind of cuisine that’s good back home isn’t that good here?

A comment from the discussion’s leader unleashes a debate about Mexican food in the city: its varying quality according to restaurant, the unpredictability in price and other factors to consider. Joseph recommends Tomatillo’s burritos. Saida tries to think of a place in Itaewon that was decent with good prices, but can’t remember the name. Shame. The Americans mention the need for Chipotle and then the conversation moves onto Indian food. Opinions differ. Saida vouches for Jyoti in Sinchon.

SEOUL: Other than Korean food, what’s better in Seoul than back West?

Joseph: It used to be pretty bad.

Saida: Really? I feel like it’s less oily and has more meat.

Jaime: I think seafood here is really good—fresh seafood. I’ve tried a lot of random stuff here that I wouldn’t have considered back home, and the freshness is a big part of the appeal.

SEOUL: What’s a place you’ve been to recently that you’d recommend?

SEOUL: How is dining out with Koreans different or unique?

Joseph: There’s no check dance in Korea. Usually, one person just takes it and deals with it.

Saida: Things seem to be more people-focused here, with food being a way for people to bond, whereas back home it seems more focused on the food itself. Dining in Korea just seems a lot more fun to me.

SEOUL: Do you mind sharing from a communal dish or bowl?

Saida: I’m fine with it if I know the person.

Joseph: It’s a little difficult when someone is obviously sick.

Suddenly, the discussion swerves into the pros and cons of the way Koreans pay for meals. Saida finds it difficult to determine whether people expect something in return when they pay for meals. Am I supposed to buy coffee now? Should I just get it next time? There’s also the dilemma of whether or not you’re going to ask the person at the register to divide the check for you. Do the rules change when you dine with someone you’re obviously not going to see again? Do young Koreans prefer to pay separately or will they feel offended? All questions with no clear answers.

SEOUL: Do you think Seoul is a good city for vegetarians?

Everybody agrees that it isn’t. It’s possible, obviously, but vegans and vegetarians might be better off just dabbling in omnivore-hood until they return home. Meat-eaters, on the other hand, should probably be careful to not consume too much animal protein. On the whole, however, everybody agrees that Seoul is a good place to eat. Just don’t overdose on delivery food.

Opening the Door to an Undiscovered World

Dinner and Drinks with a View
Scroll to top
댓글 로드중...