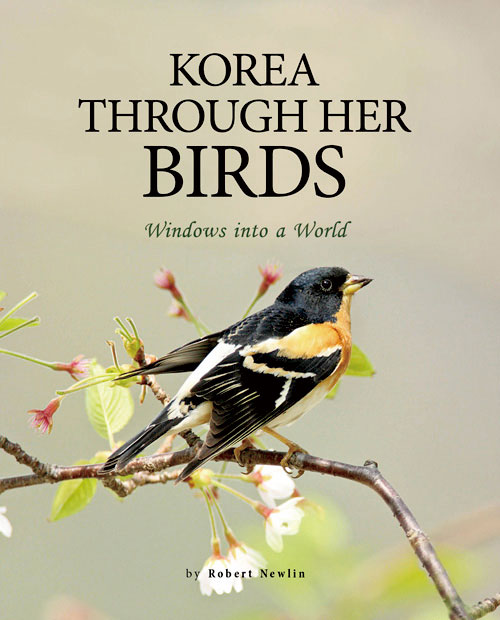 Through Korea through Her Birds (Seoul Selection, 2013), photographer, comparative and English literature professor, and “birder” (the trendy term for bird-watchers) Robert Newlin wished to do more than simply show off his beautiful photographs; he wanted to do something to protect a part of Korea’s natural heritage. “Migratory birds have suffered devastating loss, absolutely devastating,” he says. “The main reason I took up photography of Korean birds was to publicize their worth. That really was why. Because I saw something incredibly valuable that was disappearing before my eyes.”

Winning people over to birds

Given the destructive impact Korea’s industrial development has had on its wildlife, including birds, it would have been easy for Newlin to write an angry book. “I could have written a very strident howl of outrage over the destruction,” he says. But rather than rant, he chose to go in a different direction—to try to make readers develop an appreciation for the birds themselves. He does this largely through his photography—beautiful color frames that depict Korea’s richly diverse birdlife in their wild habitats. But he also does it through linking birds to culture and, more generally, the human experience. “I spent my academic career thinking about what animals mean to humans,” he says. “I’m very happy delving into, let’s say, literature or culture or linguistics, just to say, ’This is how we look at animals, this is how animals help us know ourselves.’ You know, it becomes extremely holistic in a way.” What results is a volume that’s almost an art-historical approach to his bird photographs. “I took them and now I’m looking at them and approaching them as if I’m sort of a literary, art-historical critic, discussing them,” he says. “These are the themes you see. These are the themes that, if you want to learn or have a more full-human experience when you’re looking at this photograph of this bird, then here’s some ways you can look into it, or look into that frame.’”

Hailing from the American northeast, Newlin has been coming to Korea since the late 1980s. Most recently, he was a professor of comparative and English literature at Hankuk University of Foreign Studies in Seoul. He’s been bird-watching since the age of 5, however, although he notes he didn’t really get serious until he turned 7, when he saw his fi rst Rufous-sided Towhee near his home in Philadelphia.
One of the things he is most impressed with is how birds fi t into the overall design of things. Birds develop fi nely tuned strategies for what they do; this is not widely appreciated by humans. “Some birds fly nonstop from Alaska to Saemangeum,” he explains. “They stop at Saemangeum to refuel, to eat more, and then they fl y all the way to Australia. That’s an incredible trip.” When they hit the Saemangeum Seawall, they literally drop from the sky. “They’ve lost all of their body fat and they’ve lost most of their muscle, and in fact they’re beginning to lose bone,” he says. “The point is there’s nothing left, it’s calculated to the last calorie.” It’s a design that inspires deep emotions. “People have no idea,” he says. “Look at how beautiful that design is, how precise it is. But there’s also real living, loving, suffering.”
[box_light]

KOREA THROUGH HERBIRDS can be purchased
through Seoul Selection’s online bookshop
(www.seoulselection.com) or through Amazon.