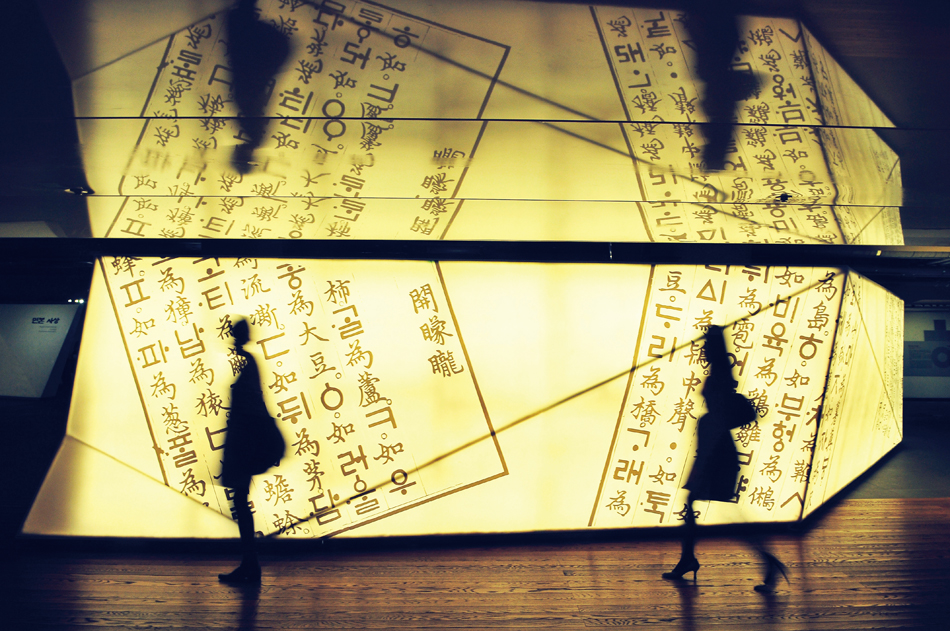 Hangeul Day falls on Oct 9, which means it’s time to revisit King Sejong, the fourth monarch of the Joseon Dynasty who invented the Korean
alphabet, hangeul. In the middle of Gwanghwamun Square is a statue of King Sejong, and located in the lower levels of Gwanghwamun Square is the Story of King Sejong exhibition hall, which details Sejong’s invention of hangeul and his scientific, artistic, military, and political contributions.

BUY>
A souvenir shop sits next to the exhibition hall, while the nearby Kyobo Book Centre offers a wider selection of gifts and memorabilia items.

SEE>
The Story of Admiral Yi Sun-sin exhibit, also located underneath the plaza, highlights the national hero who defended Korea against Japan in the 1590s.