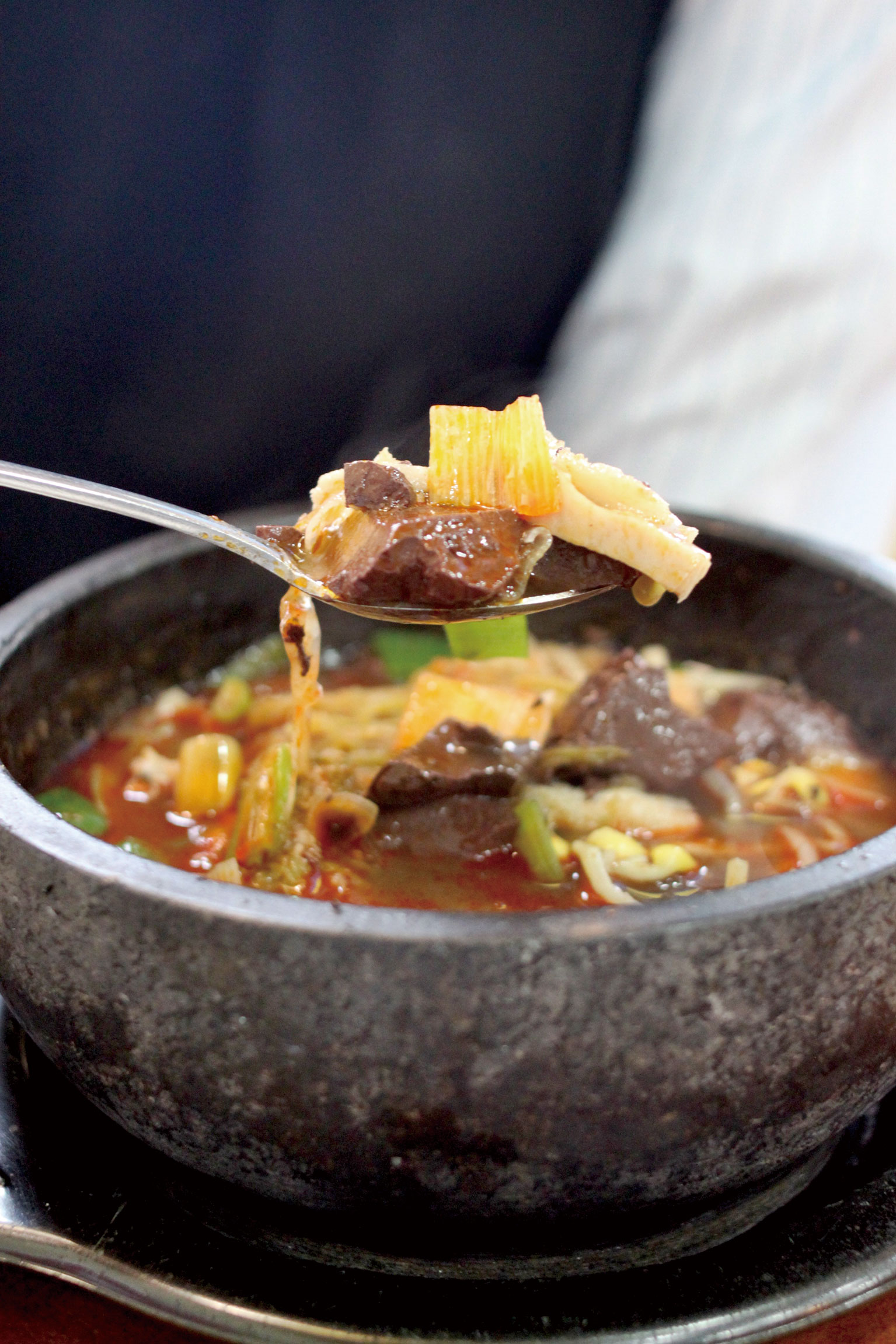 Here are my suggestions for a great food day in Seoul.

If you are looking for blood pudding stew for breakfast, then head here—this place is famous for serving this interesting dish to many ex-presidents and celebrities. The pig’s blood here comes to the table in a large round disk that is like a mini pie and comes in a bubbling broth full of bean sprouts. Apparently, this will get rid of your hangover. I can’t say much about the taste except that it tastes metallic and like blood; the texture is very velvety.

If you are so famished that you think you can handle two giant beef patties (one garlic, one rosemary) smothered in Swiss and American Cheese and topped with bacon, pineapple, bacon, chili, and a fried egg, then head to Jacoby’s. This is one extreme burger that will fill anyone up. This joint is known for their greasy-spoon style of food and their rather lackluster service. However, the beers here are cold and the burgers exciting.

Pyeongando-jip is famous for their marinated pig’s feet, and during the dinner rush you’ll often see a line out the door, even in winter. The owner, Lee Gyeong-soon, marinates the ankles and feet of the pig for 24 hours in a secret concoction (that is closely guarded from robbers). The meat falls off the bone, and the normally chewy pig feet is tender and buttery. It is absolutely delicious. Wrapping the meat with some garlic in lettuce even makes it feel healthy.

If it is believed to be healthy, Koreans will figure out a way to eat it or drink it. If you walk through the stalls of Seoul Folk Flea Market (on weekends only), you’ll find a large array of antiques, knicknacks, and maybe even large bottles with gruesome snakes floating in them. This alcohol, snake alcohol, is believed to give strength and energy, so Koreans only drink it on special occasions. You might also fi nd alcohol steeped with millipedes.