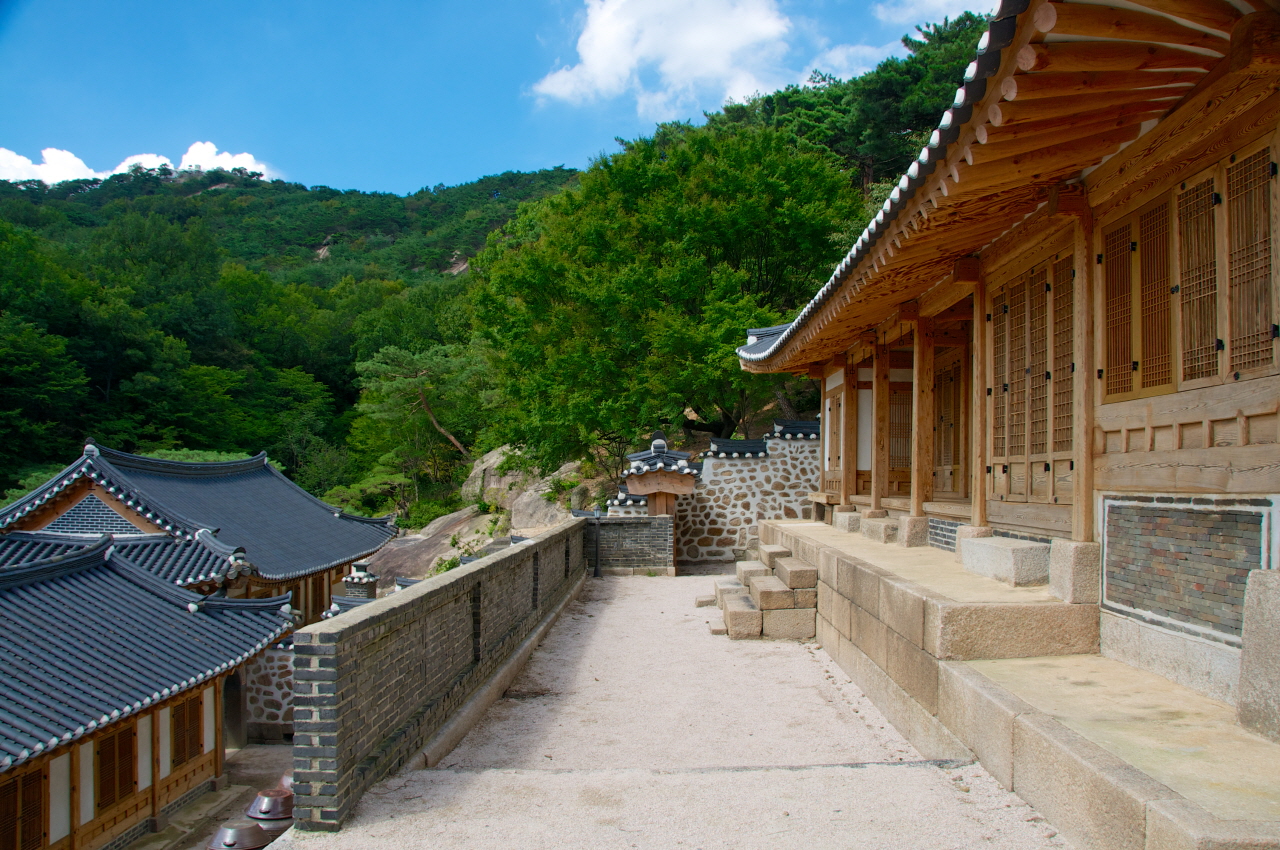 Seoul Museum is noted for its extraordinary collection of Korean modern art, including Bull, an oil painting masterpiece created by Lee Jung-seob. In addition, the museum compound houses Seokpajeong, a 19th-century hanok (traditional Korean house). Seokpajeong was a summer villa of the powerful politician Heungseon Daewongun, father of King Gojong of the late Joseon Dynasty.

EAT>
Across the street from the museum is a famous café district where a group of small yet pretty teahouses sit along the hiking trails leading to Mt. Inwangsan.

BUY>
Its in-house souvenir shop sells a wide range of memorabilia items based on its art collection.

SEE>
Seokpajeong is famous for its beautiful landscape, which makes good use of the mountain’s bizarre rock formations, streams, and handsome pine trees.