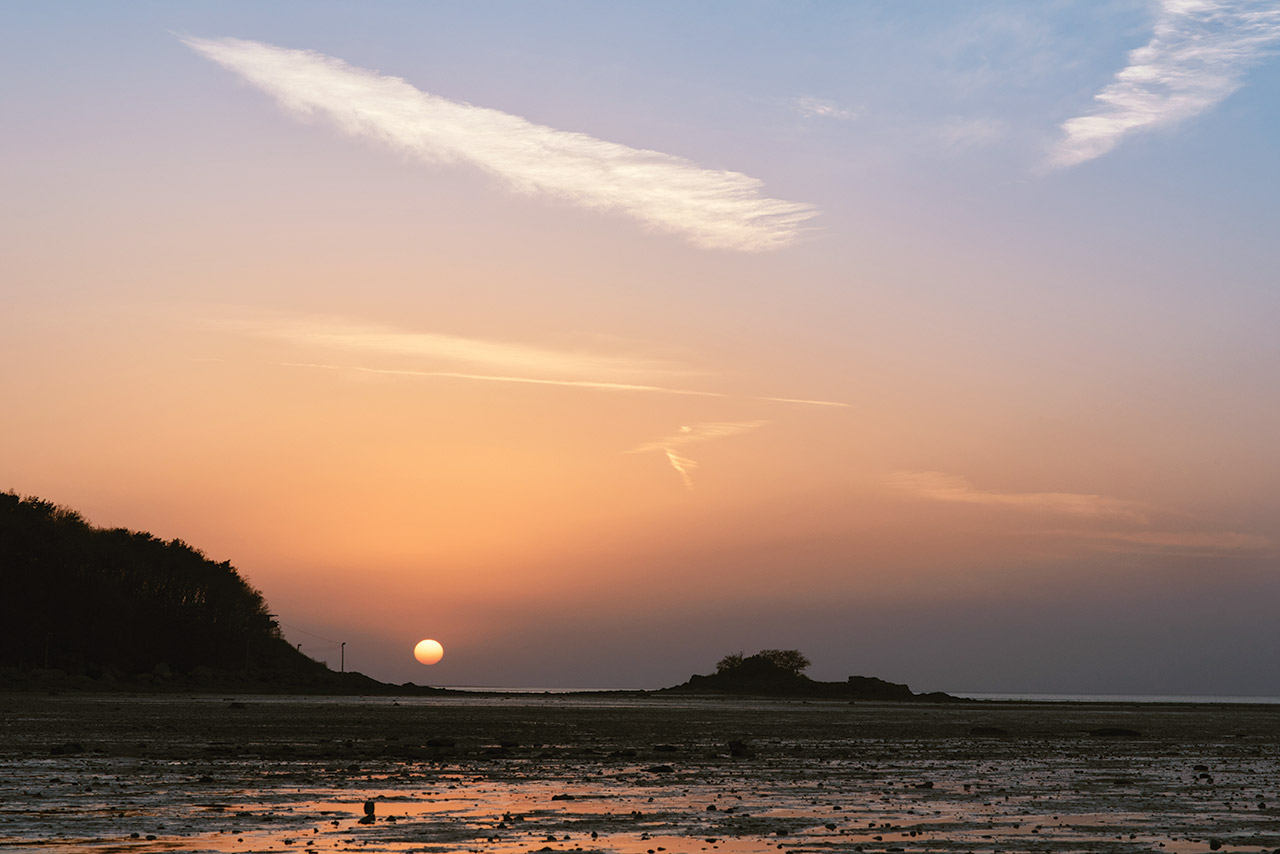 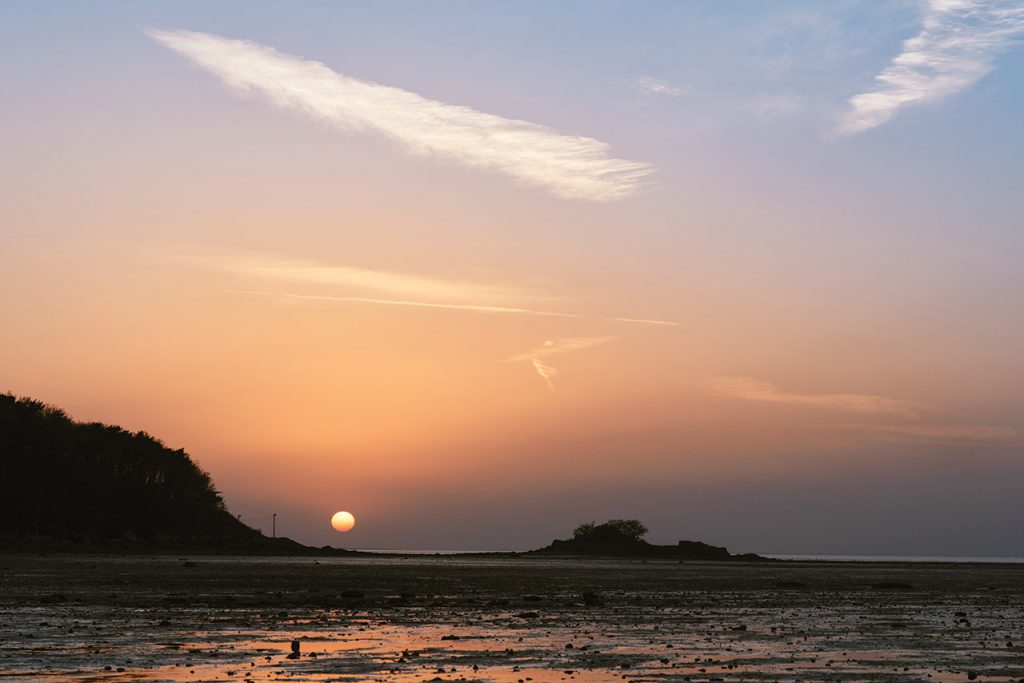 The air is fresh and it’s still too early to notice a bustling crowd around Exit 10 of Hapjeong Station. With a coffee in one hand and a backpack over the shoulder, you board a red semi empty inter-city bus is a breeze. Beautifully scenic winding roads and a plethora of Korean history are just a comfortable 90 minutes away in Ganghwado, a historic island just off Korea’s west coast.

Occupying a strategic spot at the mouth of the Hangang River, the island – Korea’s Gibraltar, if you will – protected Seoul from attack from the sea for centuries. Its fortresses, temples, churches and palaces testify to its rich and at times dramatic past. The island also offers visitors some of the country’s most dramatic sunsets, making it the perfect spot to bid farewell to 2016. 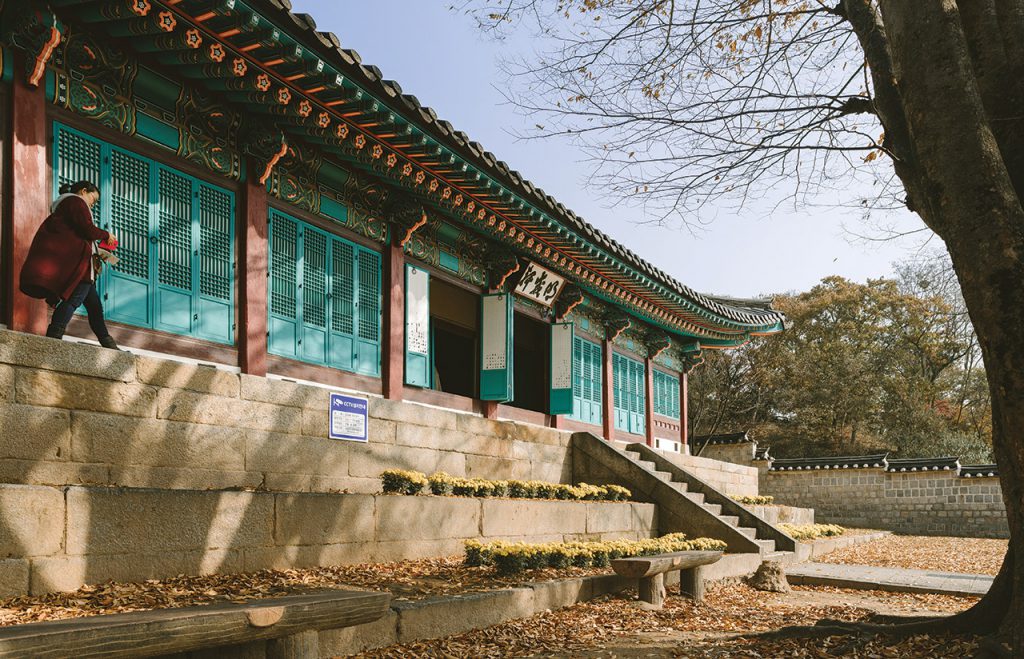 Bus 3000 is somewhat frequent, departing Hapjeong Station every 15 minutes or so. No cup holders though, so a slight snooze along the way is out of the question as you’ve got to hold onto that coffee cup. The drive is pleasant out of Mokdong, through Gimpo and eventually onto Ganghwado. It’s an easy journey for the novice traveler because your stop, Ganghwa Terminal, happens to be the final stop on the route, so there’s no getting lost along the way.

The transition from city to countryside is very evident. The island is separated from the mainland town of Gimpo by a narrow channel. The main channel of the Hangang River also separates the island from Gaeseong in North Korea. With an area of 302 square kilometers, the island is the fourth largest in Korea. From its northern reaches, it’s even possible to get a clear view of North Korea.

The town of Ganghwa, the island’s administrative seat, is home to Korea’s oldest Anglican church, built in 1900. With a Korean-style exterior and Western basilica-style interior, the church is an architectural gem and easily worth the visit.

Another reason to visit the church is that it’s a mere 500 meters away from Goryeogung Palace Site, which is where the royal family of the Goryeo Dynasty resisted Mongolian invaders for 39 years in the 13th century. Destroyed in the late 19th century, the palace and its secondary buildings were restored in 1977. The gardens and courtyards are very pleasant to walk through. Sheltered from the rest of the town, it’s an absolutely wonderful spot to just enjoy and take in the history as well as the beauty.

Both sites are a comfortable 15 to 20 minutes’ walk from Ganghwa Terminal. It’s recommended to walk as you get to see what the town of Ganghwa is all about. This is where half of the island’s 65,000 residents are located. 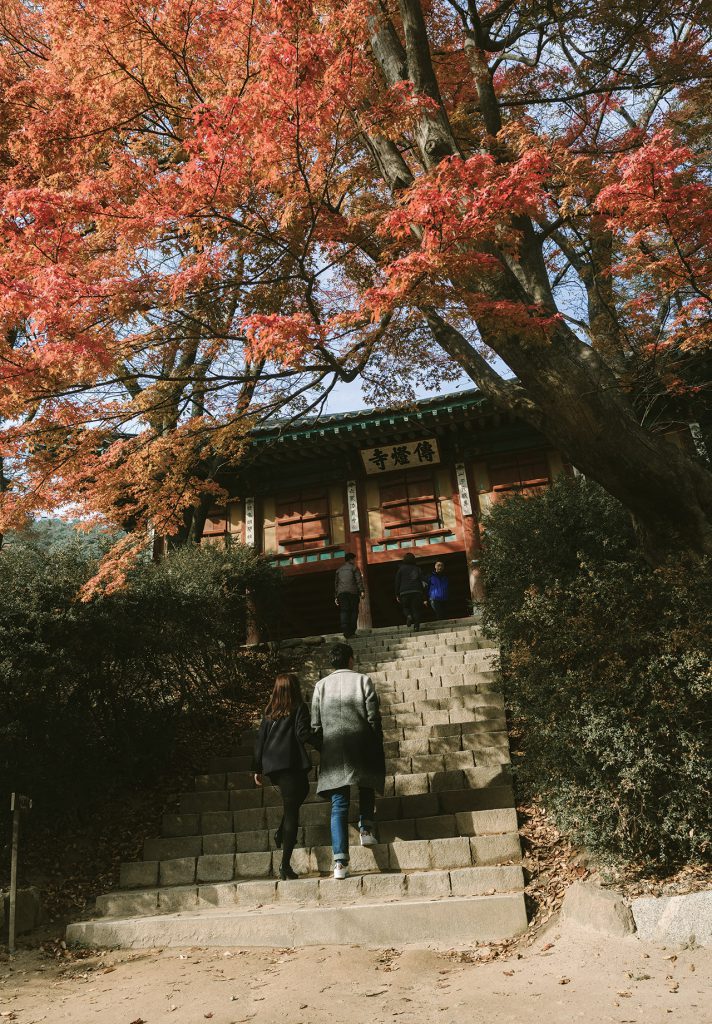 The eastern strait separating the island from the mainland is guarded by several impressive fortresses. In the old days, these kept invaders from attempting to sail up the Hangang River to Seoul. The island’s strategic importance attracted a series of invasions by the French, Americans and Japanese, respectively, in the second half of the 19th century. The most impressive of the bastions is Gwangseongbo, a series of stoneworks where Korean troops fought to the death against attacking U.S. marines in 1871.

You can learn more about the history of the island at Ganghwa History Museum, located a short car ride from Ganghwa Town. The museum is located in a park that is home to prehistoric dolmen stones, or goindol. These ancient graves are now UNESCO World Heritage sites. 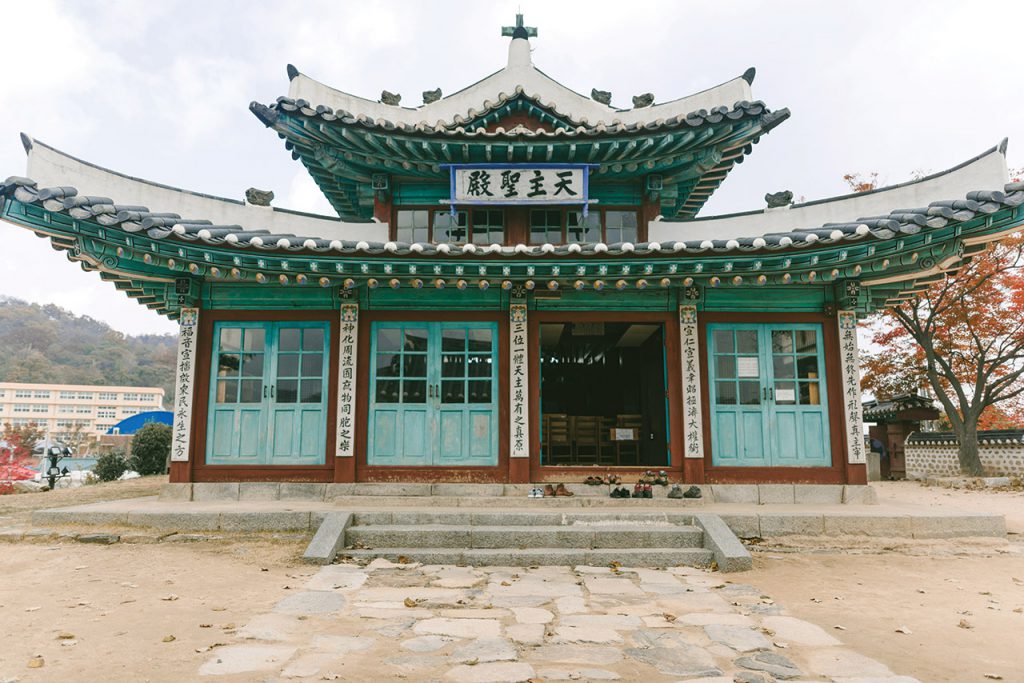 A 35 minute bus ride from Ganghwa Terminal gets you to Jeondeungsa Temple, another site that should be on the top of your list of sites to visit on the island. The temple is a major center of Buddhist learning and renowned for its beautiful architecture. Of particular note is its main hall. Built in the 17th century, the hall features several wooden female figures who symbolically hold up the roof.

Near the temple is another complex where the “Annals of the Joseon Dynasty,” the important historical archives of the Joseon period, were stored. Today, the records are kept in a more modern and secure facility in Seoul.

There are two ways to get up to the Buddhist temple: a slightly shorter path with a large number of stairs up a steep incline, or a longer path with no stairs up a gradual incline. The latter is the more recommended option.

A stroll and a sunset

Bus 06 from Jeondeungsa Temple follows a wonderfully scenic route along the south coast of the island. It passes along Dongmak Beach, a lovely spot with a relaxed atmosphere.

Photographers love Ganghwado for its dramatic sunsets. One recommended spot is the village of Janghwa-ri. Take Bus 06 to the town of Keunmal and walk toward the ocean through the rice paddies on your left. Here you’re able to make use of a relatively long path along the water. The beach is popular with fishermen looking to get away for a bit, as well as with couples out for a romantic stroll. What makes this site attractive is a small pine tree island that is a couple of hundred meters out to sea. This area presents many different looks, depending on the tide. The tide recedes dramatically, revealing endless mud flats. At high tide, the water comes right up to the path. Depending on the time of year, the sun could set directly behind the small island, which makes for a great photograph. 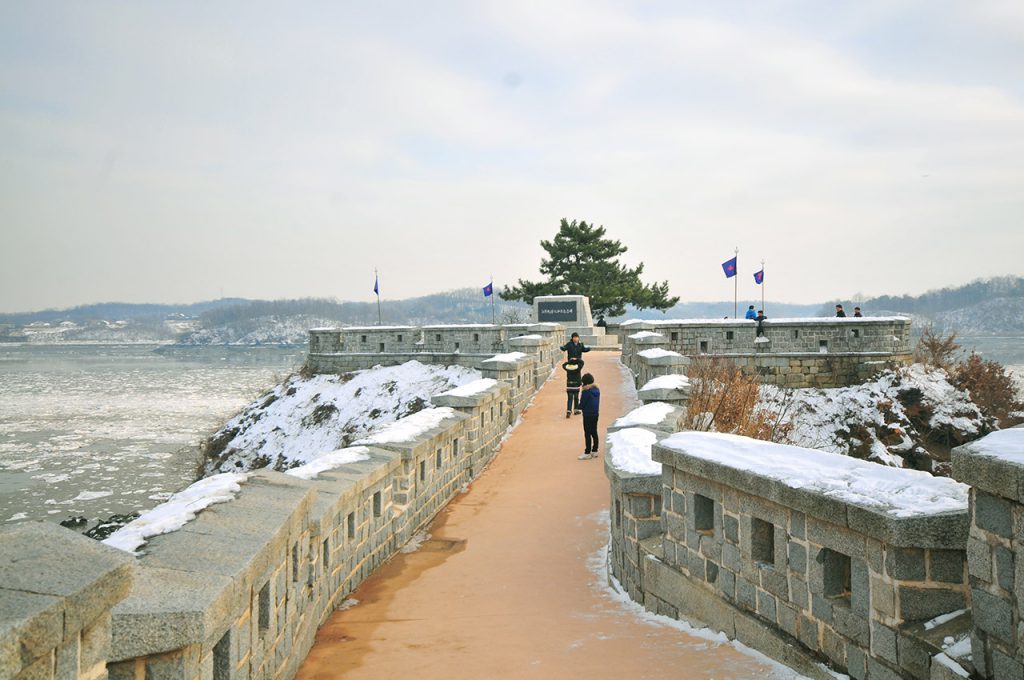 Janghwa-ri hosts an annual festival on the last day of the year to celebrate the final sunset. It’s a great time to visit, and the locals welcome you with warm bowls of Korean rice cake soup and other snacks. Be warned, though – the winter wind off the sea can be quite strong, so dress warmly, and if you’re taking photos, bring a really sturdy tripod.

Janghwa-ri isn’t the only sunset spot on the island, though. For a more bird’s-eye view, try the Buddhist temple of Jeokseoksa, which looks out over the western half of Ganghwado and the sea beyond. Some of the island’s historic fortresses, such as Janggot Dondae, are also popular sunset spots. 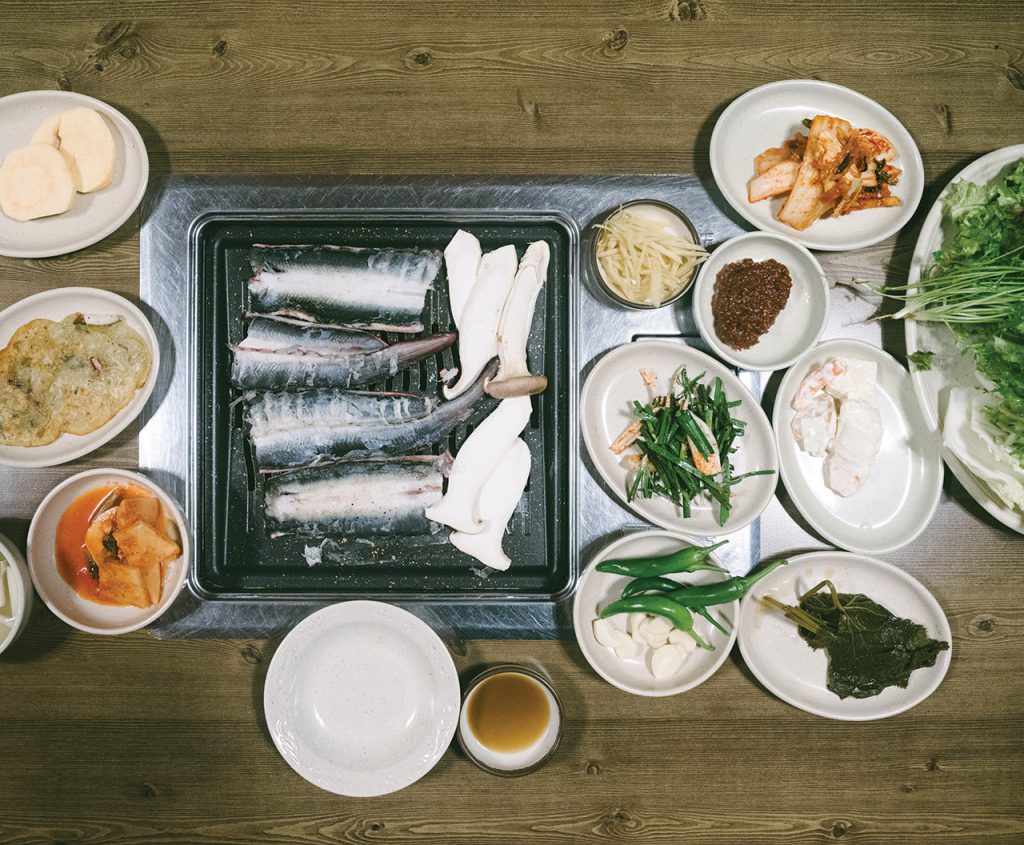 EAT> A local specialty is broiled eel, or jangeo gui. The best place to score this dish is Deorimi Jangeo Village

(더리미장어마을), a collection of jangeo restaurants overlooking the strait not far from Ganghwa Town.

Written and photographed by Marco Devon

Off the Beaten Path 팔판동
Scroll to top
댓글 로드중...