The Baeksasil Valley is a healing urban oasis

Up until very recently, Buam-dong’s Baeksasil Valley was a local secret. Heck, it didn’t even have a proper sign to mark its location until 2009.

You can’t keep a place as beautiful as the Baeksasil Valley secret forever, however. Over the last decade, writers, bloggers and travelers have spread word of the enchanting forest, which is now an ecological preservation zone and national scenic spot. With its old gardens, briskly running streams and tree-lined trails, the wooded valley is a welcome refuge from both the summer heat and the stress of the big city. 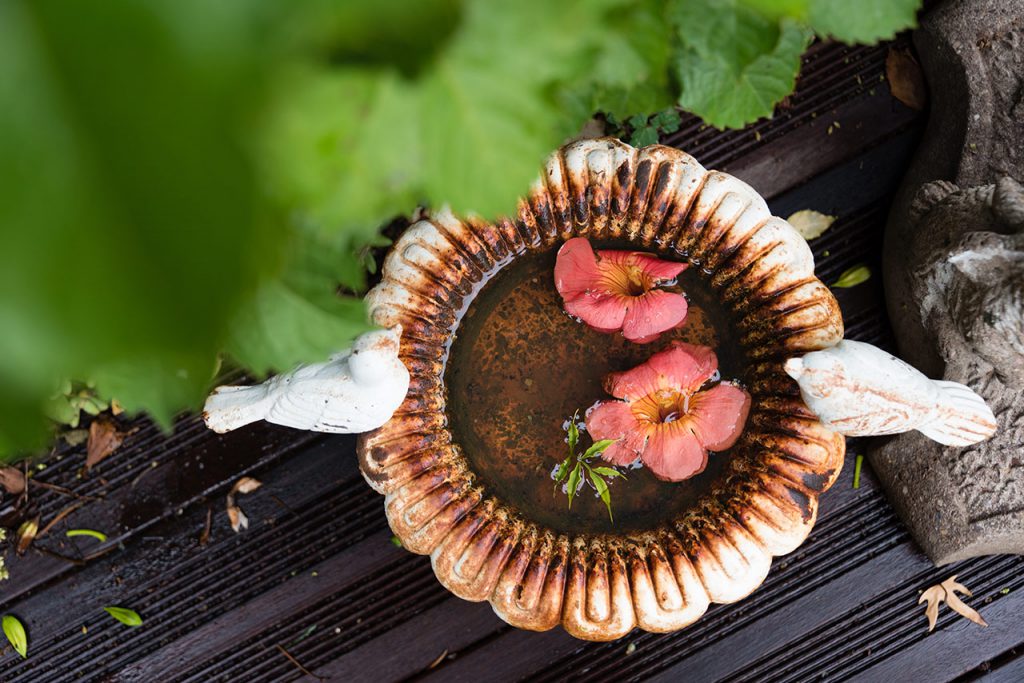 The Buam-dong district sits in a scenic valley just beyond Seoul’s old city wall to the northwest of Gyeongbokgung Palace. The mostly residential area has some very good independent coffee shops and a number of interesting museums and galleries, including the architecturally compelling Whanki Museum (T. 391-7701), which houses the work of late abstract painter Whanki Kim. A veritable mountain retreat in the heart of Seoul, the neighborhood is tranquil, artsy and utterly charming. Miraculously, the locals have preserved that vibe even as the winds of gentrification render other parts of the city virtually unrecognizable.

The valley has long been a refuge from the stifling heat of summer. In the days of the Joseon Dynasty (1392-1910), high officials and other aristocrats built luxurious villas in the gulch, which was blessed with shady forests, cool mountains streams and inspiring views of Mt. Bugaksan and Mt. Inwangsan, two of the royal capital’s “guardian peaks.” Several of the old villas have even managed to survive to the present day, most notably the old Seokpajeong, the beautiful home-away-from-home of the late 19th-century prince-regent Heungseon Daewongun. Seokpajeong is now part of Seoul Museum (www.seoulmuseum.org). 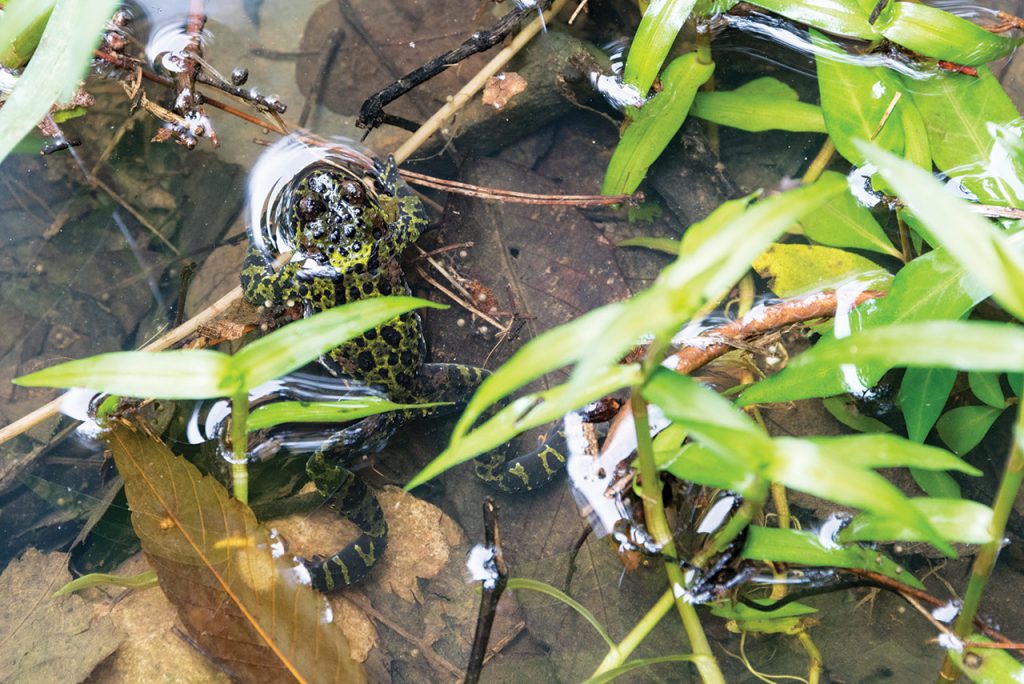 Tucked away in the forests of Mt. Bugaksan, the Baeksasil Valley is Buam-dong’s most spectacular spot and, ironically, one of its least-visited destinations. The spot takes its popular name from the 17th-century prime minister Yi Hang-bok, whose pen name was Baeksa. It is said Yi built a villa here, although historical and archaeological evidence of this is scanty. Remains of a posh 19th-century villa do remain, however, including a stone inscription that reads “Baekseok Dongcheon,” or “Scenic place surrounded by beautiful mountains and streams of Mt. Baegaksan (today’s Mt. Bugaksan).”

The Baeksasil Valley itself is not a very big place. The 1 km long gulch is crisscrossed with hiking trails, some of which connect the forest to other scenic spots such as Seoul’s old fortress wall and Changuimun Gate, Mt. Bugaksan and the Segeomjeong Pavilion, a restored riverside gazebo where, in the days of old, soldiers would rest and wash their swords. That said, just getting to the valley is a bit of a hike – from the bus stop at the bottom of Buam-dong, you should climb some steep roads up through a picturesque residential area until you reach the top of the neighborhood, where you’ll find some cafés, a vegetable garden or two and the entrance to the valley, a narrow pathway that disappears into the forest. It’s got a sign, but it’s still very easy to miss.

Follow the path into the forest, however, and you enter a dreamlike space of old pleasure ponds, cool running streams and rays of sunlight that penetrate the thick forest canopy to illuminate the world below. As you make your way down the entrance trail to the valley, you’ll pass the aforementioned “Baekseok Dongcheon” inscription carved on a large rock to your right.

The entrance trail takes you to the ruins of an old villa. Nobody knows who built the villa, although research suggests it dates from the 1830s. Surrounded by gardens, forests and streams, it must have been a magnificent place to spend time. A large circular pond, once part of the villa’s garden, is a giant mirror reflecting the beauty of the forest. The ruins of what had to have been a large building sit at the top of a hillock overlooking the pond. It’s a good spot to sit and take in the sights and sounds below.

For a spot that is, literally, in the center of a metropolis of 11 million people, the forest is surprisingly rich in wildlife, particularly salamanders, Dybowski’s frog and the Oriental fire-bellied toad. To help protect their habitats, there are signs posted throughout the valley asking visitors not to enter the streams. There are also personnel on hand to help visitors and, perhaps more to the point, make sure they keep out of the water. The entire area has been designated an ecological preservation zone, too.

A short walk from the old villa brings you to Hyeontongsa, a small but peaceful Buddhist temple perched atop a waterfall. If you’re lucky and a breeze picks up, you can take in the music of the wind chime ringing against the babble of the falling water. Don’t forget to stroll along the trails above the villa, too – lined by gnarled pine trees, the paths offer a space to heal from the stress and rigors of urban life.

The forest is a dreamlike space of old pleasure ponds, cool running streams and rays of sunlight that penetrate the thick forest canopy.

EAT> Buam-dong has several excellent cafés. One of the best-known ones – and one of the closest to the entrance to the Baeksasil Valley – is Sanmotungi (T. 391-4737), which you’ll recognize by the yellow VW Bug in the front yard. The views of the valley and surrounding peaks are more than worth the price of a cup of coffee (or the uphill walk just to get to the café, for that matter). K-drama fans may recognize the place from the hit show “The 1st Shop of Coffee Prince.” Near Changuimun Gate, meanwhile, is one of this writer’s all-time favorite caffination stations, Club Espresso (T. 764-8719), a local institution with a good range of single origin espressos. 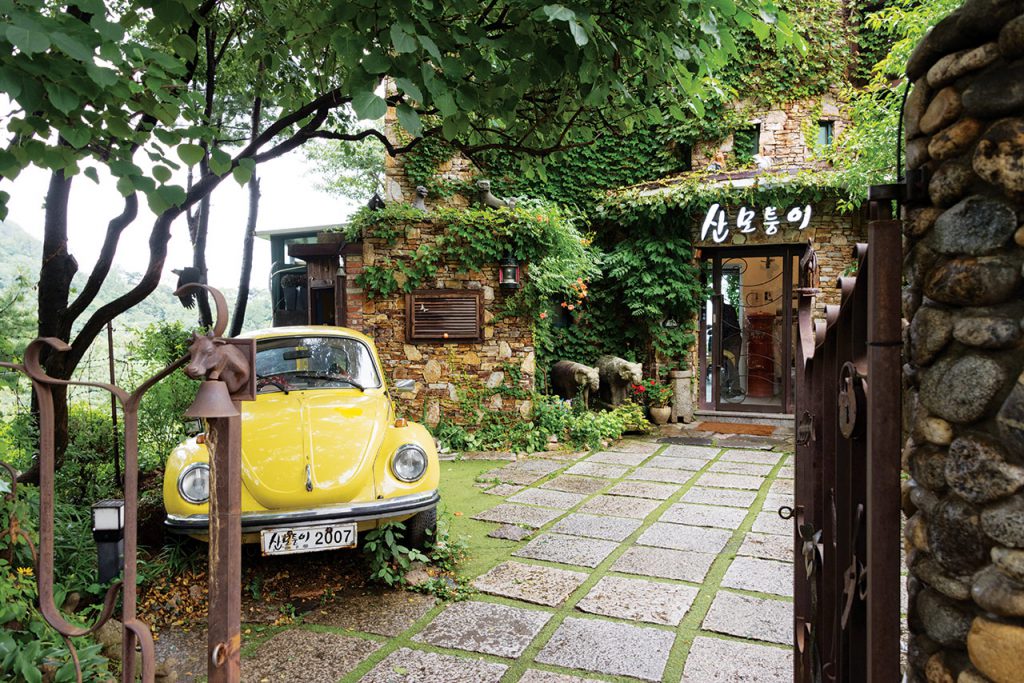 Gyeyeolsa Chicken (T. 391-3566) is a popular fried chicken joint near Changuimun Gate. The chicken comes with nice, thick potato wedges that more than satisfy your daily carbohydrate requirements. Nearby is another popular foodie destination, Jaha Sonmandu (T. 379-2648), which is renowned for its handmade dumplings.

GO> Take a bus from Exit 3 of Gyeongbokgung Station

경복궁역 (Line 3) and take a bus (7212, 1020, 7022) to Buam-dong Residents Center. If you’d like to avoid the long climb up, take the bus a bit further and get off at Segeomjeong Elementary School – it’s a much shorter walk from there.

Escape Into the Clouds 가평